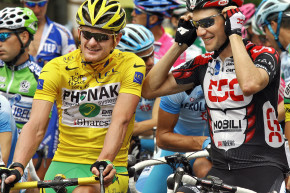 Blacklisted Cyclists Team Up To Sell You Weed
By Robert Silverman

Blacklisted Cyclists Team Up To Sell You Weed 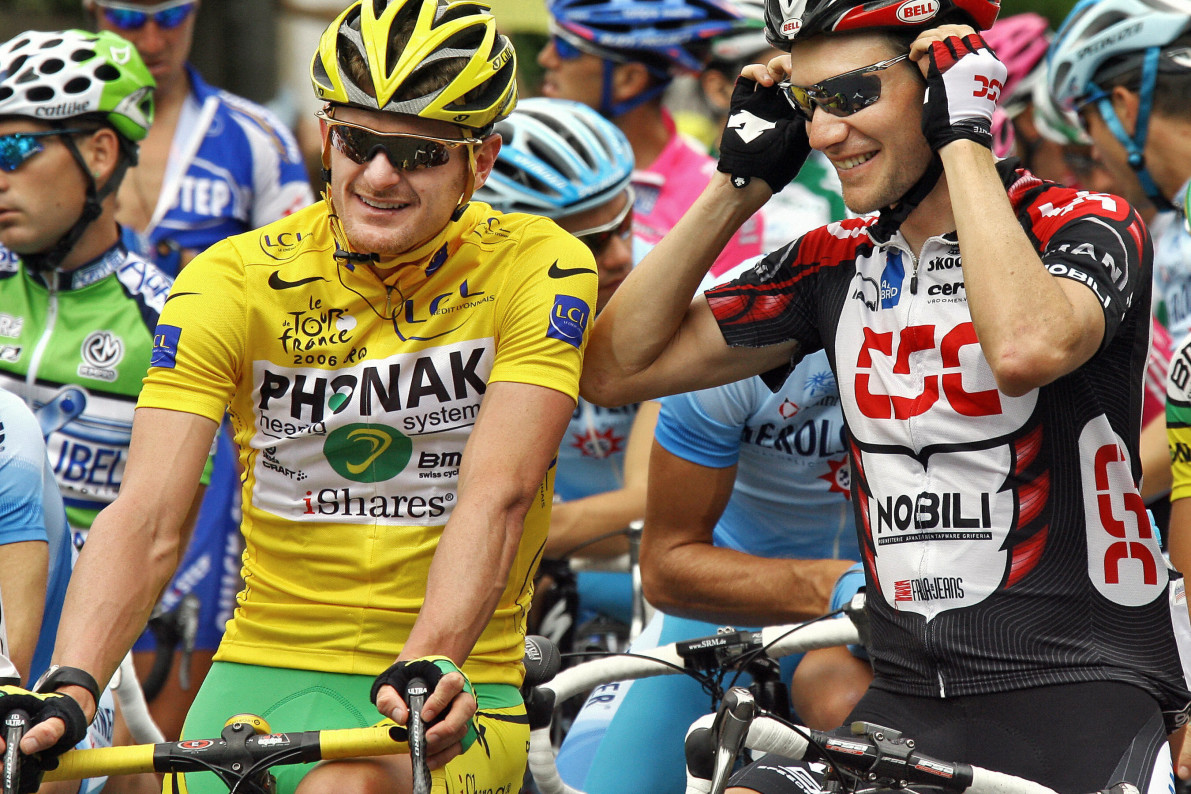 Five years ago, former pro cyclist Floyd Landis admitted he used performance-enhancing drugs both before and during his 2006 Tour de France-winning ride. So what’s he up to now? He’s launching a recreational and medicinal cannabis concern along with ex-teammate David Zabriskie, who was similarly popped for doping during his time with Lance Armstrong’s infamous U.S. Postal Service Pro Cycling Team. The duo went with the name “Floyd’s of Leadville” because apparently some people still appreciate subtlety.

According to a press release obtained by Cyclingnews.com, Landis and Zabriskie’s wares include “uniquely formulated vape and edible products that are crafted for an enhanced consumer experience and are carefully prepared by licensed pharmacists to maximize the many health benefits of recreational cannabis.” They’ve got an official launch party in Denver set for June 30, and they’ll start offering their “100% pharmacy grade” wares at Colorado dispensaries shortly thereafter.

For Landis, his marijuana use started a decade ago, when he began using creams and oils infused with cannibidiol to treat the lingering after-effects of hip replacement surgery.

“I had a bunch of pain, and this has really been helping me out a lot,” he told Business Insider. “And it’s a cause I don’t mind getting behind, the elimination of prohibition in some of the states. It’s benefiting me and I know it benefits a lot of people. It’s something I care about.”

And yes, he’s not just an aspiring merchant, but also very much of the belief that the entire “War on Drugs” has been proven to be a wholly ineffective deterrent, only serving to flood prisons with nonviolent offenders, gum up the criminal justice system, and enrich the cartels and “duplicitous congressmen,” both of whom benefit greatly from maintaining the status quo.

He’s not alone. A widening swath of former and current professional athletes have begun publicly advocating for legalization and questioning the merits of prohibition laws.

Jay Williams, the second-overall pick in the 2002 NBA Draft and current ESPN college basketball analyst, told Fox Business that regardless of the rules currently in place, somewhere around 75 to 80 percent of the players currently toiling for NBA teams self-medicate, adding that it’s preferable as a painkiller to the addictive—and yet legal—alternative, Percocet.

“I know so many athletes that play on Percocet. Have you ever taken Percocet by the way? It makes you way more groggy than rubbing cannabis oil into your skin,” Williams said. “I actually just use cannabis oil because it helps with inflammation and takes away some anxiety… From a medical perspective, it’s about time some of these brands like the NBA and MLB become a little bit more progressive and start thinking forward instead of being held captive in the past.”

Similarly, Eugene Monroe, a free agent offensive lineman, has been hammering away at the NFL, demanding that they investigate the medical benefits of marijuana, including the possible treatment of traumatic brain injury, and unleashing a tweet-storm urging other NFL players to donate and join the cause.

Despite Monroe, Williams, Landis, and a few lesser-known athletes’ public outcries, the NFL, MLB, and the NBA still ban any and all use and don’t seem particularly inclined to budge from their anti-marijuana stance any time soon.

The irony here is that Landis is turning to a still-largely illegal substance to earn a living after his lifetime ban from cycling and subsequent whistleblower lawsuit against Lance Armstrong have rendered him otherwise unemployable.

“I don’t have mainstream opportunities,” Landis told Wired. “I’m not going to work at a normal job. It brings too much baggage with it. This is something I know how to do, something I understand and an issue that needs attention.”