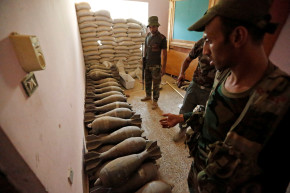 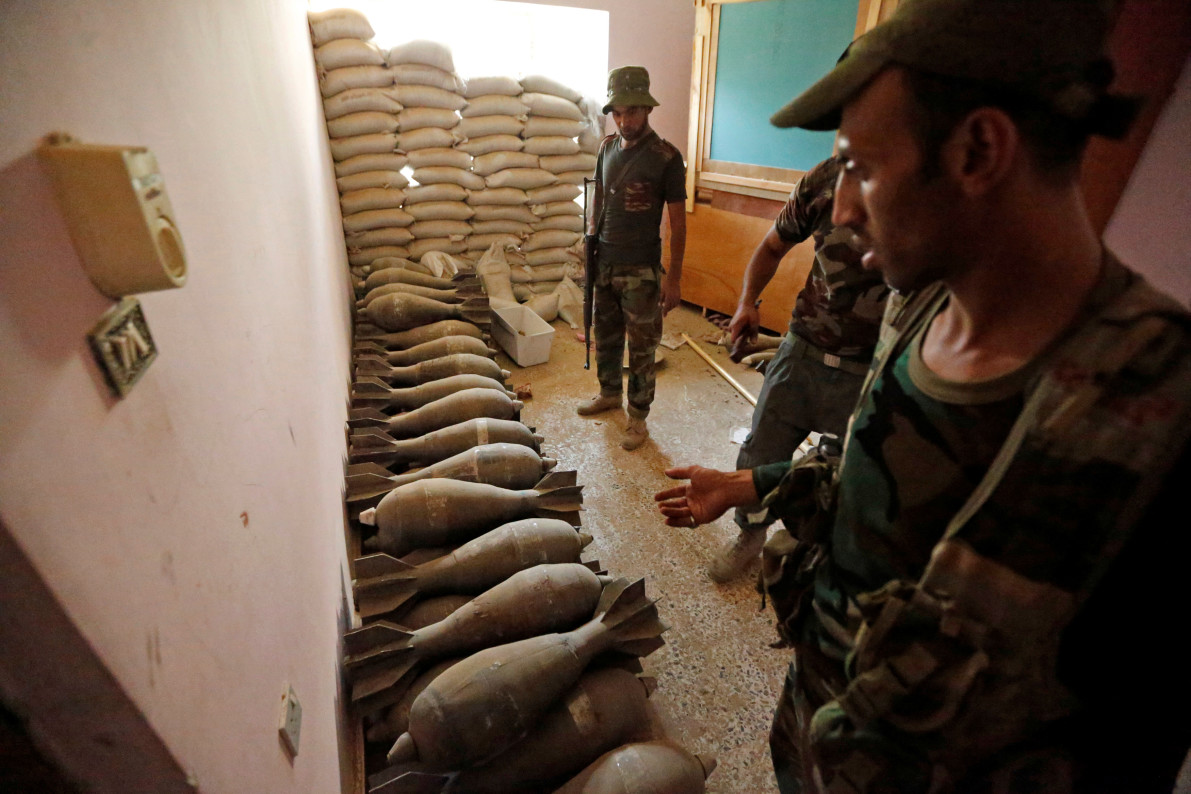 Members of a Shi'ite organization insect a factory ISIS abandoned. — REUTERS
By Gilad Shiloach
Jun 28, 2016 at 9:52 AM ET

On Sunday, Iraqi government forces backed by local Shiite militias and a U.S.-led coalition announced they had full control of Fallujah after a month-long battle to tear the city from ISIS’ grip. Since then, accounts affiliated with Iraqi army forces and their allied Shiite militias have circulated dozens of pictures they claim highlight the Islamic State’s production of explosives.

The images allegedly show bomb-making factories that were established inside schools and homes across the city while it was ruled by ISIS.

Translation: “#WeBrought_Fallujah and look what we found: They turned children’s school into factories for IEDs and explosives”

One tweet, posted on a Shiite militia’s account last Tuesday (before Iraqi forces fully controlled Fallujah), included pictures the user posting them claimed showed “ISIS’ IED and explosives factories in Fallujah that targeted innocent people in Baghdad.” Douglas Ollivant, a White House aide in charge of Iraq, told Time magazine earlier this month that “Fallujah was seen as a car bomb factory for Baghdad,” which in recent months has been targeted by ISIS attackers.

Since Sunday, videos have also offered insight into what Fallujah looks like today. An Iraqi TV channel affiliated with the Shiite militias posted a video to YouTube that was allegedly taken 30 minutes after the fight on Sunday ended. It depicts a city torn apart by war, showing destroyed buildings, rubble, and tanks, as well as smoke rising from parts of the city.

Soldiers also circulated pictures of Iraqi celebrations. In one image, soldiers waved the “V” sign for victory in front of a wall covered in a giant painting of an ISIS flag. In another, a man gives the middle finger to graffiti reading: “The Caliphate State,” referring to ISIS.

Vocativ couldn’t confirm where the images were taken or verify them as authentic, but the social media users posting them claimed they were all taken in Fallujah.

Translation: “They said they will soon conquer Rome and enter Baghdad and destroy Karbala and Najaf (Shiite holy cities). The image from Fallujah”

Translation: “From the center of the city of #Fallujah after it was liberated”