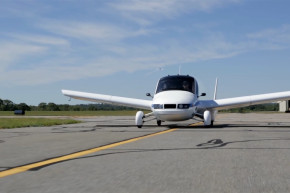 Watch The Flying Car Of The Future, Now
By Luigi Romano

Watch The Flying Car Of The Future, Now

The Jetsons promised that the future would be full of flying cars and something called “sprockets,” but, until very recently, both of those promises of the retro cartoon future were tragically unfulfilled. But as of recently, we’re closer to flying cars than we’ve ever been. The FAA classified the Terrafugia Transition as a “light sport aircraft.” That means it’s both street and sky-legal. Just don’t get in an airborne fender bender.