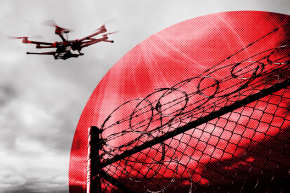 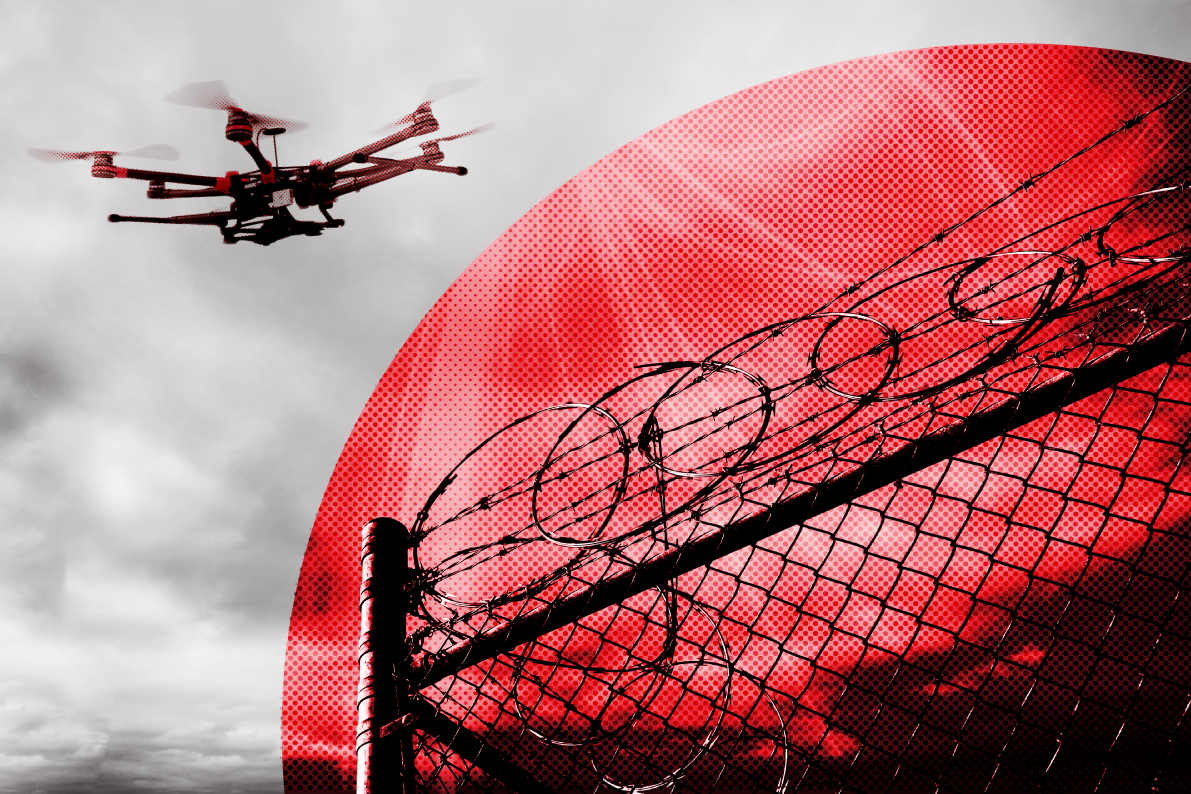 You might still be years away from receiving drone deliveries. But for people in prison, it’s already a reality. As commercially available drones are getting cheaper and carrying heavier payloads, many corrections officers are struggling to keep weapons and illicit items out of prisoners’ hands. As a result, correctional facilities are beginning to install technology to detect drone deliveries.

“People in prison have a guy who can get you whatever you need. Now that guy [gets deliveries from] drones and he’s using drones to bring in handguns and class 1 narcotics,”  Blake Cornell, chief technology officer of Integris Security, which runs the security for Suffolk County Correctional Facility in Riverhead, New York, told Vocativ. Last month, the facility became the first jail to install drone-detection technology. “When I saw that guns were being dropped into prisons with drones, I realized my [prison] clients had a dire need for something to track this.”

In Bishopville, South Carolina, corrections officers uncovered an entire drone delivery operation. “[The drones operators] were acting like Amazon for the inmates,” said Bryan Stirling, agency director for South Carolina Department of Corrections. “Packages were numbered. They were shuttling contraband in and out of our institutions using a drone.”

The drugs and weapons are dangerous, of course. But contraband cellphones are also a real problem. Stirling said that South Carolina inmates have used phones to transfer money and harass staff outside of the facility. He believes one inmate even used a cellphone to arrange an assassination attempt on a corrections officer (the officer survived despite being shot several times in his home). On Monday, an inmate used a phone to livestream a video on Periscope from inside the prison.

“We’ve had other incidents at other institutions, so it’s not a one-time isolated event. And if we’re dealing with it, many others must be too,” Stirling said.

Last August, two men were arrested outside of Maryland’s Western Correctional Institution before they attempted to smuggle $35,000 worth of contraband—including synthetic marijuana, porn, tobacco, and a handgun—into the facility with a drone. That same month, a drone delivery of marijuana and heroin to Mansfield Correctional Institution in Ohio caused an inmate brawl. In October, a woman tried to fly a drone carrying hacksaw blades, super glue, a cellphone, and various drugs into Oklahoma State Penitentiary; she claimed she had been kidnapped and forced to learn to fly the device. These are just a few of the dozens of reported cases.

Integris, the security company in New York, collaborated with Silicon Valley-based Dedrone to build a drone security system at Suffolk County Correctional Facility. Dedrone makes the DroneTracker—a 17-inch device that uses ultrasound, infrared, and Wi-Fi sensors to detect drones within 1,640 feet. Several DroneTrackers positioned around the facility alert officers if a drone is nearby. At that point personnel can determine the best way to prevent the drone from completing a delivery.

The DroneTracker can be used with third-party countermeasure devices that jams drone signals. But thanks to FCC regulations, it is currently illegal for officers to jam drone signals in most areas of the United States, as jammers can also interfere with radio signals, Wi-Fi, and aircrafts. And it is a federal crime under FAA law to shoot down drones. While many drone countermeasures are currently illegal, Cornell said that there are potential loopholes to the laws which are currently being investigated by law enforcement.

Stirling said South Carolina Department of Corrections hasn’t been able to install DroneTrackers yet because of budget constraints (each unit is $6,900, excluding installation), but he says the bigger issue is that they have to rely on expensive limited detection technology in the first place. “It’s really frustrating for me and my partners in corrections around the country that we can’t do more, because the FCC will not allow us to under their interpretations of the laws,” he said. “It’s just a matter of time before there’s a bad result. And the FCC is just sitting on its hands and turning a blind eye to this public safety issue.”