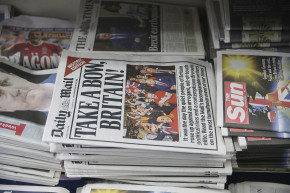 Spikes In Racist Abuse Reported After Brexit
By Sara Morrison

Across the UK, people are being told to "go home" 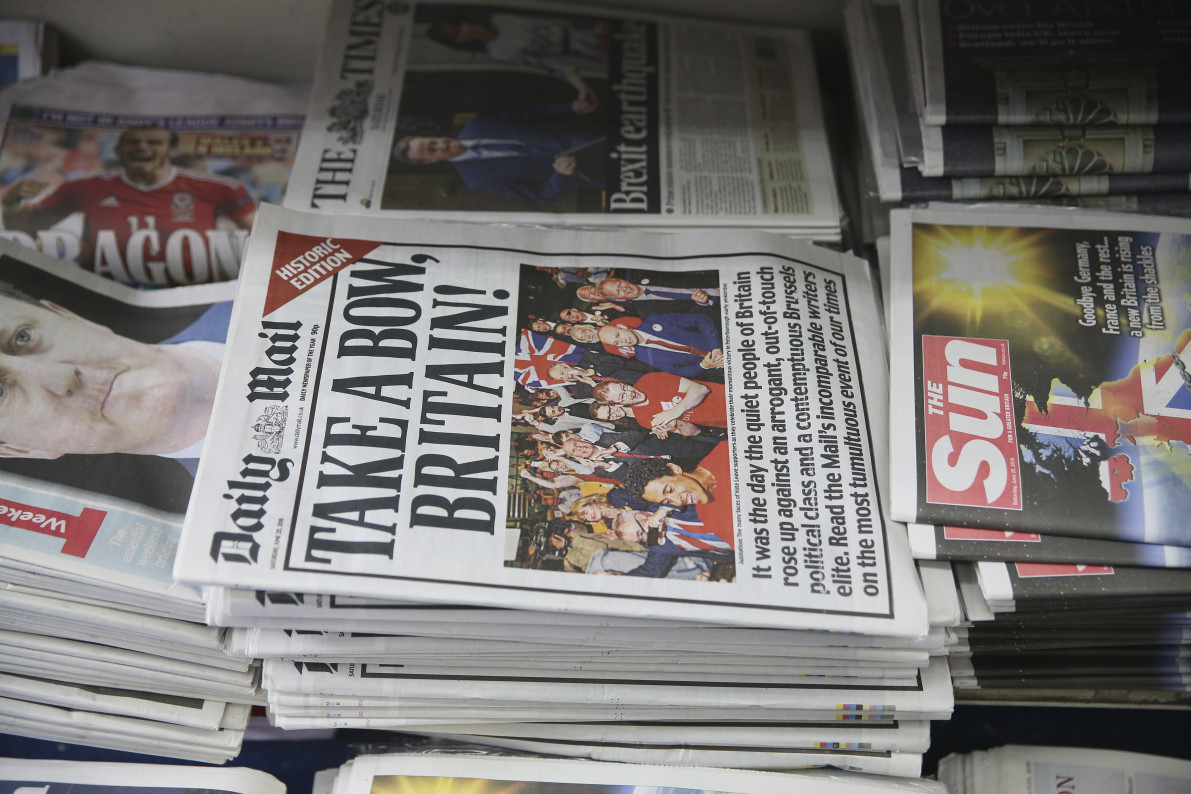 Hate crimes and hostility toward people of different racial and ethnic backgrounds appear to be on the rise since the UK voted to leave the European Union Thursday. Seemingly emboldened by the Brexit vote, neo-Nazis and casual racists alike are making their feelings known, according to a slew of accounts posted on social media.

In several cases, Polish people were specifically targeted. In Huntingdon, a town north of the British capital, leaflets ordering “Polish vermin” to “go home” were left on cars. In London, a Polish cultural center had what the BBC described as “racist graffiti” scrawled across its entrance on Sunday morning. According to the Polish Embassy in London, there have also been other incidents of public hate targeting Polish people, who comprise the largest population of non-Brits in the United Kingdom; more people come to the UK from Poland than from any other EU country.

The stories so far are anecdotal—since the vote was just a few days ago. But, Jess Phillips, a member of the UK Parliament, tweeted that she is hoping to dig deeper, seeing how incidents like these over the last weekend compare to the week before, to determine how significant the spike in xenophobic incidents has been.

Many have taken to social media to share their experiences and those of others with the hashtag #PostRefRacism, although their claims were not independently verified. According to their accounts, some people across the UK have urged others who may not fit their definition of British to “go home.”

Neo-nazi stickers have gone up all around the Clyde and Glasgow Green in the last few days. This breaks my heart. pic.twitter.com/qStnF6VDcE

these cards have actually been put through letter boxes of Polish families in Huntingdon today. I could weep pic.twitter.com/P3maK1Vasf

In the aftermath of #Brexit, neighbours we've never spoken to before confront us with, "Do you even speak English?" #PostRefRacism

Just arrived at a 78% Muslim school. White man stood making victory signs at families walking past. This is the racism we have legitimised.

"F*cking foreigner, go back to your country": just watched this outrageous racist incident in #Hackney https://t.co/87rqFKIhOv

.@PostRefRacism @worryingsigns My friend's neighbour from Finland was shouted at by a white man on a bike to "Go home". She's very shocked.

So somebody just wrote this on my instagram… pic.twitter.com/w1VlFKTvVo

Yesterday a customer told my Latvian colleague to 'go home to your country' Lovely. -_- #Brexit #PostRefRacism

So sad #PostRefRacism is a hashtag. Was hoping that when I was told to "go home" it was an isolated incident. #Brexit legitimized racism

Today a group of men called me a "Paki Cunt" and told me to go home. In London. Where I was born, raised and lived for 32yrs. #PostRefRacism