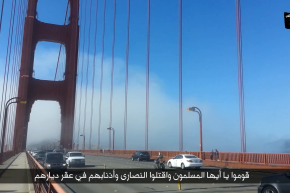 "Booby-trap their cars and houses and offices," an ISIS militant says in a new video 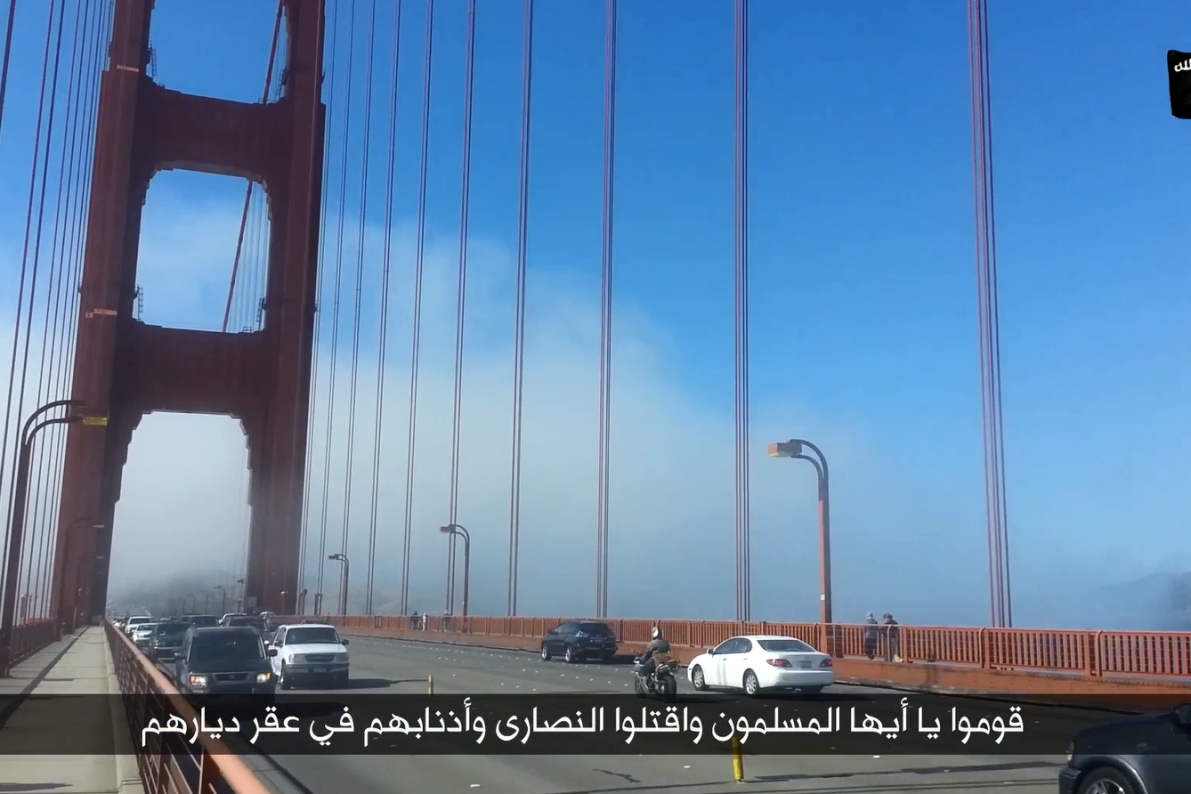 A screenshot from the video with text urging attacks on Christians.
By Gilad Shiloach and Amit Weiss
Jun 27, 2016 at 7:24 AM ET

ISIS released a new video late Sunday showing scenes from San Francisco and Las Vegas, and calling on the terror group’s supporters to carry out attacks targeting Christians in the U.S. The video, which runs almost 10 minutes long, also threatens Christians in Australia, Europe, Canada, and the Balkans.

The Islamic State’s so-called “Nineveh province” released the video and distributed it on social media, where Vocativ discovered it early on Monday. The video features a fighter, identified as Bosnian national Abu Abdallah al-Bosni, who addresses “the Muslim believers in America, Australia, Canada, Europe and the Balkans” and calls on them “to wake up from their dream” and kill Christians. “Booby-trap their cars and houses and offices,” he says. “Kill them with sniper rifles and silencers.” He adds that attackers shouldn’t differentiate between military personnel and civilians “in the same way the (U.S.-led coalition) planes don’t differentiate (when they attack) inside the Islamic State.”

Another militant, who speaks French and is identified as Abu Mujahid al-Faransi, calls on supporters to “fight the infidels inside their houses” and “ask the dogs Francois Holland and Barack Obama to resign because their policy will kill you one by one”—a reference to U.S.-led airstrikes targeting ISIS in Iraq and Syria.

The video also features a recent speech by ISIS spokesman Abu Muhammad al-Adnani, who urges “ISIS soldiers” and the group’s supporters in Europe and the U.S. to “open the doors of jihad inside their countries.” It begins with clips showing news coverage of the Orlando mass shooting and a recent Paris stabbing attack that targeted two police officials. It celebrates the assailants in those attacks, Omar Mateen and Larossi Abdalla, as “soldiers of the Caliphate,” and features one alleged ISIS French fighter identified as Abu al-Qaqa al-Faransi. He holds a toddler in his lap while asking God to accept Mateen and Abdalla as “martyrs.”