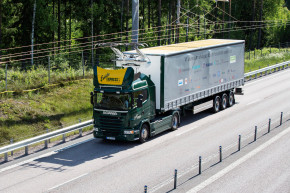 This Grocery Drives Itself To Your Door
By Ruby Nitzberg
SWEDEN

Siemens is testing an "eHighway" in Sweden, and another one is planned to open in California 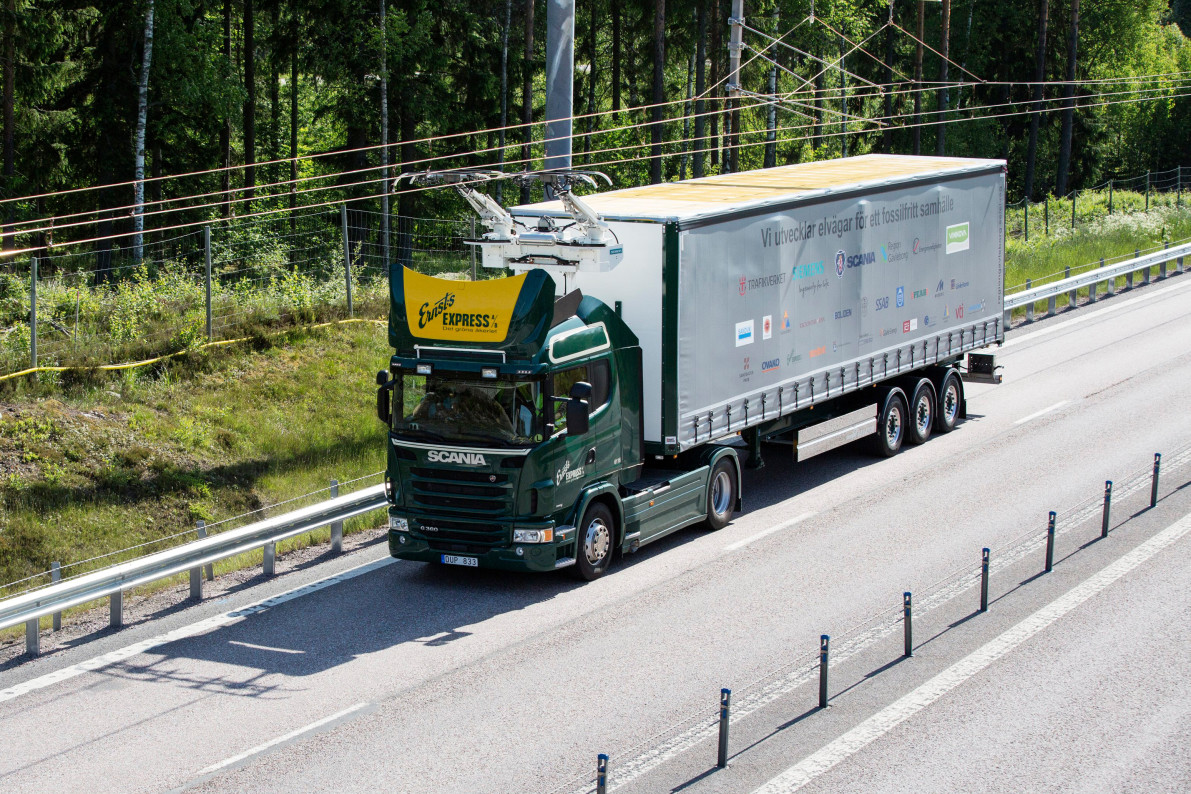 An “eHighway” that allows hybrid trucks to connect to overhead power lines—to reduce emissions—opened in Sweden this month. The system, which is the first of its kind to open on a public road, will be tested over the next two years with two diesel hybrid trucks on a 1.2 mile-stretch of the E16 highway, located north of Stockholm.

The innovation is a precursor to another electric highway planned to open for testing in California in 2017.

German engineering company Siemens and Swedish truck manufacturer Scania developed the technology for the highway, which could help combat climate change. Over a third of Sweden’s CO2 emissions come from transport, and freight transport accounts for nearly half of those emissions. The electric highway is part of a broader plan to phase out the use of fossil fuels in Sweden’s transport sector by 2030, Siemens said in a recent new release.

So how does the eHighway work? It uses pantographs and overhead power lines, which are similar to those seen on electric tram lines, as well a sensors that allow the pantograph to connect to the lines, technology website Ars Technica reports. While the vehicles used during the trial run on diesel once they’re disconnected from the power lines, Siemens said the technology could also work with vehicles powered by other means, such as natural gas or batteries.

More Google’s Self-Driving Car Is Learning How To Honk

Anders Berndtsson, chief strategist at the Swedish Transport Administration, said: “We must free the trucks from their dependence on fossil fuels, so that they can be of use also in the future. Electric roads offer this possibility and are an excellent complement to the transport system.”

Siemens is also collaborating with Volvo to bring a trial system to California. The company said the tests will be staged in 2017, and will include testing different truck configurations in the ports of Los Angeles and Long Beach.