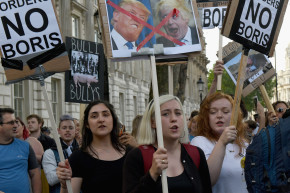 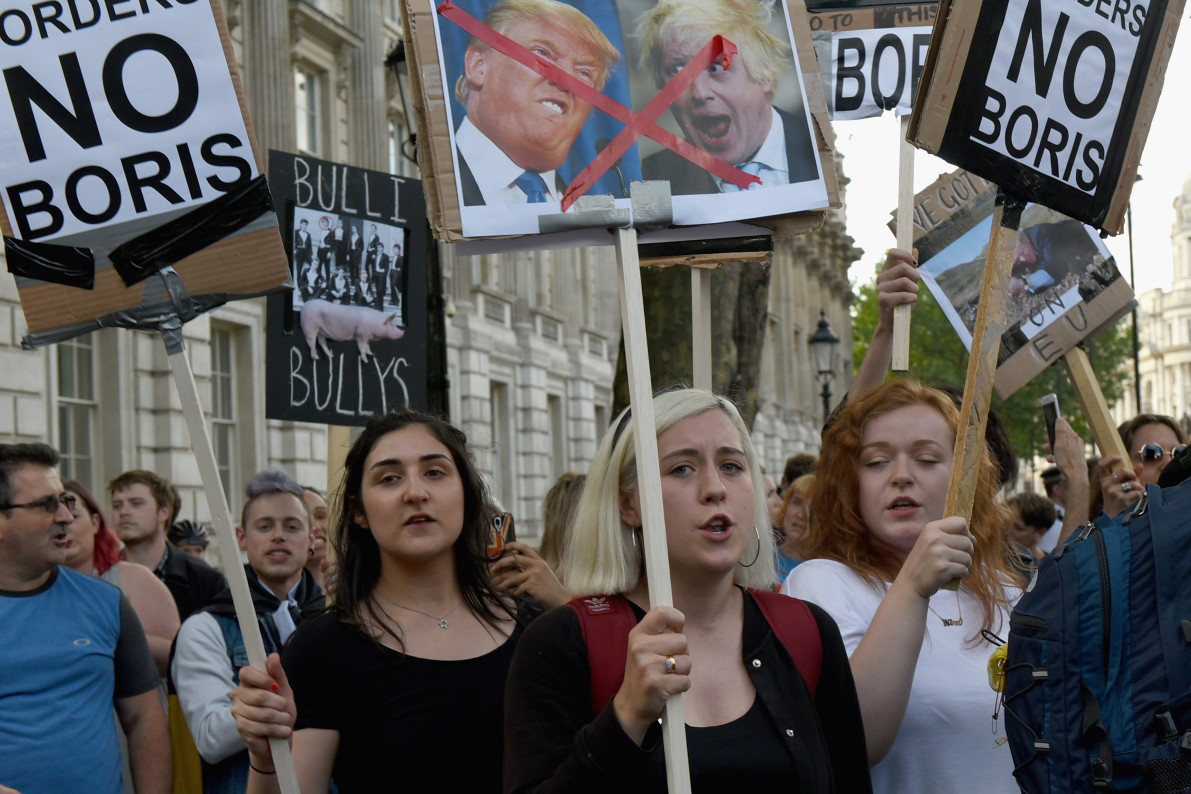 Young protesters demonstrate against the UK's decision to leave. — Getty Images
By Sarah Lynch and Jacob Steinblatt
Jun 26, 2016 at 8:12 AM ET

After the United Kingdom shockingly voted to leave the EU on Thursday, an online petition calling for a Brexit do-over pulled in more than 3.1 million signatures by Sunday morning. “We the undersigned call upon HM Government to implement a rule that if the remain or leave vote is less than 60% based a turnout less than 75% there should be another referendum,” says the petition, posted on the UK Parliament’s website.

But the petition should be taken with a grain of salt: It appears that many of those who signed the petition—which is meant only for UK citizens—aren’t providing accurate information about their locations or identities, a Vocativ analysis of signatures shows. More than 36,000 signatories, for example, claimed to have signed it from Vatican City, while nearly 22,000 said they’re located in North Korea. Another 2,700 claimed they support the online campaign from the British Antarctic Territory, a chunk of land that touches the South Pole.

The thing is: Anyone can sign that petition by merely claiming to be a UK citizen, and those who do can say they’re located anywhere in the world. The site declares that “only British citizens or UK residents have the right to sign,” but it doesn’t ask for proof of UK citizenship—raising questions about how many British citizens are actually going online to demand a new referendum.

More Google Doesn’t Lie: Brits Are Confused About The Brexit

Regardless, the petition is continuing to gain momentum just days after 51.9 percent of voters in the UK voted to leave the EU, while 48.1 percent voted to remain. A total of 72 percent of people turned out for the vote, which stunned international observers, angered the young, and sent markets around the world tumbling.

Late on Saturday, the UK remained divided over the decision. Forty-eight percent of people who responded to a ComRes poll said they were happy with the result, while 43 percent described themselves as unhappy with it, Britain Elects reported.

The creation of the petition itself, which was signed by more than 2.9 million people claiming to be UK citizens inside the UK, underscored that deep division. According to the Sunday Express, the man who set it up, William Oliver Healey, did so back May with the intention of using it to rally for a second vote if the outcome of last week’s referendum was instead a decision to stay in the EU, rather than leave it. He said the petition was hijacked. “I am a strategist and one of those strategies has been wrongly hijacked by the remain campaign,” Healey posted on Facebook, according to the paper. A House of Commons spokeswoman said the petition had only 22 signatures when the result of last week’s referendum was announced, the BBC reported.

That quickly changed at the start of the weekend, when the site hosting the petition reportedly crashed due to high traffic.

Still, the question remains: Could the UK actually have a second chance to vote on whether or not to leave, or remain in, the European Union? David Cameron has said the referendum was “once in a generation, once in a lifetime” decision, the BBC reported. And Vernon Bogdanor, one of Britain’s leading constitutional experts, said another shot isn’t likely. “I don’t think the EU will wish to bargain any further, they will take this vote as final,” he told The Telegraph.

At the very least, the petition will be considered, and possibly discussed, by lawmakers. The UK Parliament “considers all petitions that get more than 100,000 signatures for a debate,” the petition states.