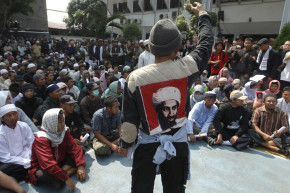 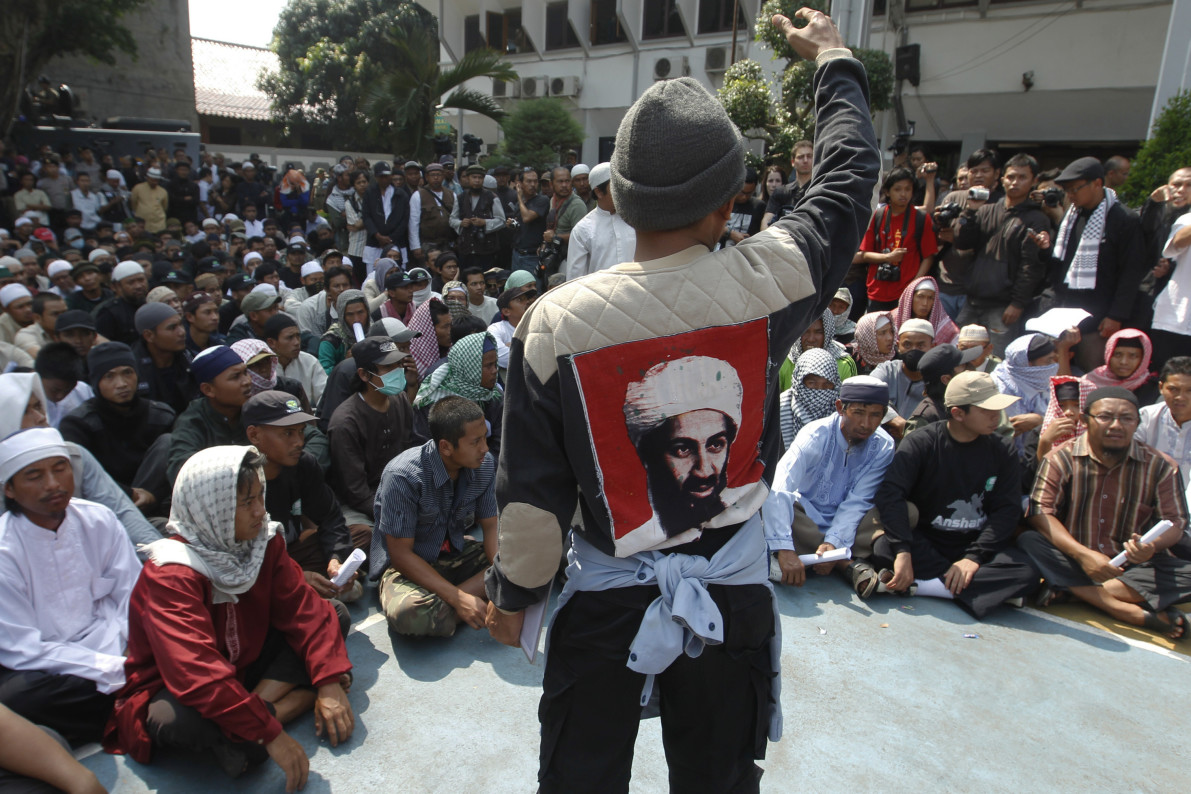 Homegrown terrorist groups in Southeast Asia, some which have pledged loyalty to ISIS, are using encrypted forms of communication used by terror groups worldwide to plan and carry out attacks, raise funds, and spread their ideologies to attract new members, say counterterrorism experts.

Extremists are using social media like Facebook and Twitter and mobile apps, such as WhatsApp and Telegram that allow its users to conceal their telephone numbers and encrypt their chats.

Social media is also being used for communications particularly between the Middle East and Indonesia, as well as among ISIS loyalists in Indonesia, the world’s largest Muslim-majority country, said terrorism expert Sidney Jones, the director of the Institute for Policy Analysis of Conflict (IPAC).

While ISIS has not yet set up a major foothold in Southeast Asia, there is a growing concern among counter-terrorist experts about a rise in ISIS-inspired jihadist groups in the region and the extremist organization looking to set up a wilayat, or province, to spread its terror network. This, experts warned, would create new security concerns for continued political stability and economic development of the region.

“The threat posed by ISIS in Southeast Asia is real, and it has been growing since mid-2014,” said Joseph Liow, a senior fellow at the Brookings Center for East Asia Policy Studies in Washington, DC. The terrorist attacks and activities are “a reminder of the persistent threat that terrorism continues to pose to Southeast Asia. ISIS has emerged as the main expression of this threat, in part, because of how fast its gained popularity among regional jihadist groups.”

“There are many Southeast Asia groups pledging allegiance to the self-proclaimed ISIS caliph, Abu Bakr al-Baghdadi. And ISIS is looking at some of the main groups, especially in the Philippines and Indonesia, to train and fight the governments,” added Rohan Gunaratna, head of the International Centre for Political Violence and Terrorism Research in Singapore, a think tank specializing in counterterrorism research and analysis. He warned such a foothold would subsequently “present far-reaching security implications for the stability and prosperity for a rising Asia.”

This can already be seen with the well-established ISIS fighting unit Katibah Nusantara (KN), with roots dating back to the Soviet occupation of Afghanistan. Based in Syria and mainly made up of Bahasa speakers from Indonesia, Malaysia and several other Southeast Asia countries, KN began with about 100 Malaysian and Indonesian fighters when it was formed in Shaddadi, Syria in September 2014, led by three rival Indonesian militants based in Syria.

“Khatibah Nusantara was founded in the fall of 2014 and is headed by Bharumsyah,” explained Zachary Abuza, a professor at the National War College, Washington, D.C., where he focuses on Southeast Asian politics and security issues. “It has some 200 fighters based in Raqqa. It’s been on the front lines fighting the Peshmerga and is in the ISIS chain of command. Bharumsyah (also known as Abu Ibrahim) certainly has some standing in ISIS. His rival, Abu Jundal, has less clout.”

“Apart from helping ISIS in the fighting campaigns in the Middle East, KN members have been active in spreading ISIS’s propaganda, recruiting members, coordinating attacks, and fostering terrorist networks back in their home countries,” said United Nations Office on Drug and Crime’s regional terrorism prevention officer Thanawan Klumklomchit. “For this reason, KN could be an important enabling factor for ISIS to strengthen its foothold in the Southeast Asian region.”

Bahrun Naim, an Indonesian ISIS operations chief based in the Syrian city of Raqqa, the de facto capital of ISIS, is someone who is very engaged on social media, said Abuza. “Naim is all over social media,” said Abuza. “He is very active and calling for lone wolf attacks. He is very active on apps like Telegram due to its security, but has also used Facebook. Naim’s very large social media presence has attracted followers, and he remains very widely-read also in Malaysia. This helps build upon the cross fertilization that we are already witnessing in Katibah Nusantara.” Naim, a former computer technican, also manages his own website where he posts operational manuals, added Gunaratna.

Naim also sent funds and communicated via Telegram in June 2015 with Arif Hidayatullah, an Indonesian supporter of ISIS, instructing him and his cell in bomb-making to target non-Muslim places of worship in Java, according to Gunaratna and other experts. Before carrying out the attack, Hidayatullah was arrested in along with the would-be suicide bombers in December 2015.

Naim’s goal, say experts, is competing with other Syrian-based Indonesian leaders to create ISIS-controlled cells and create a wilayat (province) in Southeast Asia.

Cleric and terrorist convict Aman Abdurrahman helped orchestrate the January Jakarta attacks from Nusakambangan prison where he is currently held. He is Indonesia’s foremost pro-ISIS ideologue and an active fundraiser for radical Islamic groups, said Liow, who recently testified before the U.S. House Subcommittee on Counterterrorism and Intelligence on the Islamic State’s reach in Southeast Asia. The suicide bombers involved in the Jakarta attacks also used Telegram and, with different identities, Facebook. There is also evidence Abdurraham has tried to unite various pro-ISIS groups via social media.

Social media has been used in other acts of terrorism. Muhammad Wanndy Mohamed Jedi, also known as Abu Hamzah, a Malaysian terrorist in Syria, communicated with recruits in his home country by Telegram to plan and execute suicide attacks. The plot was thwarted in January with their arrests, said Gunaratna.

Imam Samudra, a member of Indonesia’s extremist organization Jemaah Islamiyah and the field coordinator of the 2002 Bali bombings, was a major promoter of cyber-jihad and used the Internet before and after the attacks to communicate, raise funds and even to plot another attack behind bars, taking advantage of the lax security in Kerobokan Prison, Bali, where he was held until transferred and executed in November 2008 with the two other Muslim militants involved, said Jones.

Meanwhile, Abu Bakar Bashir, the jailed radical cleric and leader of the militant Islamic group, pledged loyalty to ISIS and encouraged his followers to do the same, continuing to call for a jihad across much of Southeast Asia.

There are also signs of some financial support from ISIS loyalists.

Bahrumsyah (alias Abu Ibrahim), the commander of Katibah Nusantara, has been transferring funds from Syria to both Indonesia and the Philippines, according to IPAC.

“ISIS has sent hundreds of thousands of dollars to Southeast Asia to plan, prepare and execute attacks. January’s Jakarta attacks were directly funded by ISIS. The man who sent the money is Abu Jandal based in Raqqa. Money was sent via Turkey. But this is not the only isolated case. We have seen other examples of movement of funds to Malaysia and to Indonesia,” said Rohan.

“Evidence is pointing towards Southeast Asia groups seeking inspiration from one another,” said Vikram Rajakumar, senior analyst at the International Centre for Political Violence and Terrorism Research in Singapore. He noted that groups in Indonesia, Malaysia and southern Philippines are mimicking each other with recruiting and plotting strategies. “The online footprint suggests that they are bouncing off each other in terms of recruitment and propaganda techniques.”

Jihadist groups also have multiple accounts under different user names to throw authorities off their trail. However, many of these accounts have similar patterns that only those within the circles would be able to identify, according to Vikram.

While any ISIS-linked attacks have been on a small scale, analysts warn that more brazen attacks in the region are likely as local ISIS-pledged leaders compete to establish their supremacy. And the continuing long-running conflicts in the Philippines, Indonesia, Thailand, and to a lesser extent Malaysia, only increases the risk of extremist groups attracting more members, and coordinating with each other to expand and intensify radical Islamist and terrorist activities, experts said.

At the same time, hundreds of Islamic militants from the region have gone to fight with ISIS in Syria and Iraq, with reports of the trained fighters returning home with “unprecedented access” to funding, terrorist networks, combat skills and information skills,” said Klumklomchit. Also ISIS propaganda videos surface in Arabic with Bahasa subtitles, including one in March showing Indonesian children training with AK-47s.

There have been improvements to mitigate terrorist threats, and recent agreements by Indonesia, Malaysia and the Philippines to coordinate joint patrols in the Celebes Sea, a major economic shipping lane that has been targeted by Islamic extremists.

More ISIS Unveils Prayer App For Kids Of The Caliphate

Yet more needs to be done to reduce the threat. “Complacency is not an option,” said UNDOC regional representative Jeremy Douglas. “We’re advising governments and regional partners to be ready by collaborating and sharing intelligence on ISIS affiliates or sympathizers, plug gaps in laws that allow travel, finance and committing terrorist or criminal acts abroad, and to improve capacity to investigate and respond.”

But how effective governments integrate cultural and religious differences and provide economic equality will determine a lasting peace.

“As authorities weigh responses to any new or resurgent armed extremist threats in Southeast Asia, it’s critical that they don’t violate fundamental rights in the name of security,” said Letta Tayler, Human Rights Watch’s senior researcher in terrorism/counterterrorism. “When governments are attacked or threatened, there is a danger that they will overreact in an effort to make people secure. But an ‘end-justifies-the-means’ approach is not only unlawful, it risks alienating local populations and increasing the allure of groups like ISIS.”