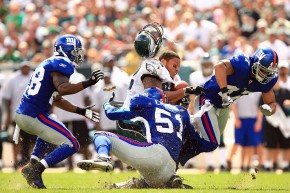 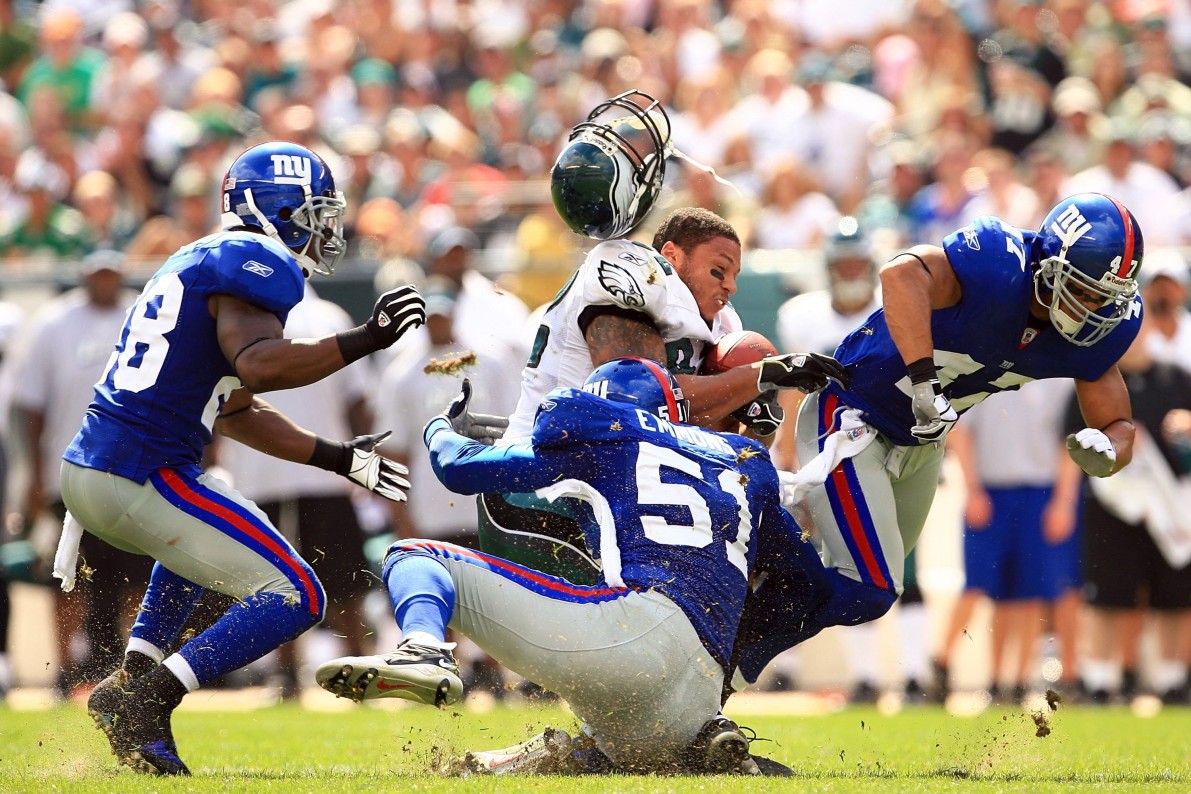 Because there’s no legitimate health risk to the public that will not cause a swarm of hucksters and snake oil peddlers to come crawling out of every nook and cranny to promise that their latest scientific and or medical gewgaw will protect the human brain from any and all harm with This One Weird Trick, here comes Riddell, one of the largest manufacturers of pro football helmets, announcing its second annual Safer Football Initiative. You know, for kids!

Oh boy, that sure sounds swell. They’re offering a hundred grand’s worth of grants to any plucky inventor or disruptor that can “best show how they advance the game through smarter tactics on and off the field.”

“We created this initiative to reward those who advance the game,” Riddell president Dan Arment told SportTechie, “and to provide a platform for the broader football community to discuss ways we can all make the game safer and more intelligent.”

Look at all those good words: intelligence and safety and community, oh my! It’s almost like they’re throwing a few spare nickels at an astroturfed, PR-approved, feel-good pile of nonsense fluffed up with social media-ready hashtags like #SmarterFootball that might distract from the company’s ongoing class action lawsuit. You know, the one brought against Riddell by 75 ex-NFL players alleging that the league’s former official helmet manufacturer has known for decades that their product doesn’t do squat when it comes to lowering the number of concussions and—for some odd reason—failed to notify the athletes of the potential risks.

Throughout the 2000’s, Riddell has been hawking scientific marvels that they’ve sworn will magically make these icky traumatic brain injuries go away. But as Vocativ reported, no matter how many times they and their competitors rush to hype the newest, latest iteration of their product—one that’s often specifically targeted at high school-aged athletes—in the end, anti-concussion helmets are nothing more than a scam.

“No helmet can prevent a concussion,” said Chris Withnall, an engineer with Biokinetics who found that even when wearing the finest industry-scrutinized and rubber-stamped helmets, a serious whack to the head still resulted in a concussion 95 percent of the time. “Full stop.”

Still, Riddell won’t stomp humping this tired canard. The “Smarter Football” webpage has handy-dandy links to their SpeedFlex helmet featuring an “Occipital Lock,” a “Tru-Curve Liner System,” and a “Ratchet-Loc™ Retention System.” Look, there’s also a banner offering a super-cool 20 percent discount for bulk orders on youth helmets. Yep, this is about a community coming together to embrace the great game of football. Not a thinly veiled marketing ploy intended to keep kids on the field at all costs and ward off the fears of (legitimately) worried parents. No Sirree, Bob.

But Riddell is not only hoping to sell a few more helmets, they’re also running full steam with one of USA Football’s chief talking points. Namely, that if we can just get these pesky young kids to tackle the right way, the Heads Up!-approved way, it can transmogrify the sport into a totally safe, heartily American endeavor that in no way involves future cognitive impairment.

Keeping your head up is key to tackling the right way. #SmarterFootball pic.twitter.com/6d08AI8oWd

And hey, if Head’s Up!’s initiatives can serve as a halfway-decent bulwark against any future lawsuits the NFL and the NCAA and the nice helmet manufacturing concerns might face, all the better.

In sum, Riddell is full of it.