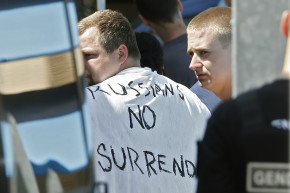 Russian Hooligans Crowdfund To Bail Out Their Own
By Vocativ Staff

Russian Hooligans Crowdfund To Bail Out Their Own

After a wave of violence by Russian hooligans at the Euro 2016 tournament, a crowdfunding effort is forming to get them out of prison 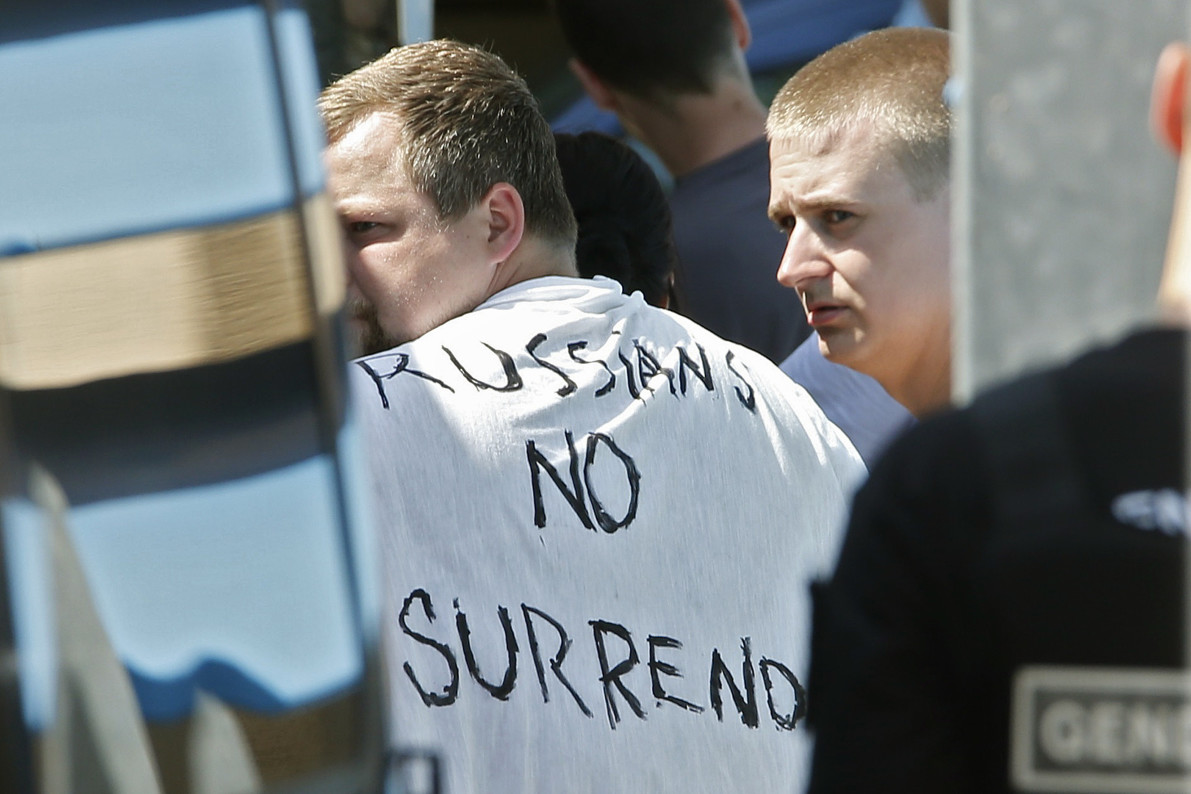 Russian soccer fans are turning to the country’s largest social network, Vkontakte, to crowdfund the cost of legal services for fans who were detained and arrested by French and German security forces during the Euro 2016 tournament—specifically over their alleged involvement in violent riots.

“Troubles occurred during Euro 2016 competition. 6 of our fellow fans were arrested and accused of ‘disturbing public order’,’ serious bodily injury and ‘resisting the police’. This is the version of the media. They do not let us meet the guys. It appear that detention has links to politics. The consulate of the Russian Federation in Germany is not yet able to influence the situation. The guys might face between 3 to 10 years (in jail). Please help both materially and via any links to the embassies (Germany in Moscow and Russian respectively in German), [sic]” was the message sent out by one of the largest soccer fans pages on Vkontakte. The message was posted earlier this week with links to bank account numbers to crowdfund the legal assistance.

The call for financial help and donations began circulating on dozens of soccer fan pages on Vkontakte, including the pages of ultra groups, as well as the pages of teams in the Russian soccer league.

Russia failed to advance past the Euro 2016 group stage earlier this week, but the team was already handed a suspended disqualification by the UEFA governing body due to violent clashes in Marseilles involving Russian hooligans and ultras.

Translation: “Help is needed. Problems occurred during Euro-2016. Some of our colleagues were sent to torture chambers in France and in Germany. More than ever they need our help for legal services and for their further stay there. Help Alex in France via 4276 3800 8446 7377 Teplov MA in Germany: via card 4279 4000 1323 0717 (Sberbank) Do not ignore this! Today you help them- tomorrow they will help you!”

Translation: “Maximum repost! Help Russian guys in French prisons. You can donate through the following accounts”