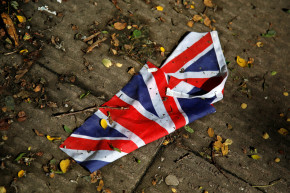 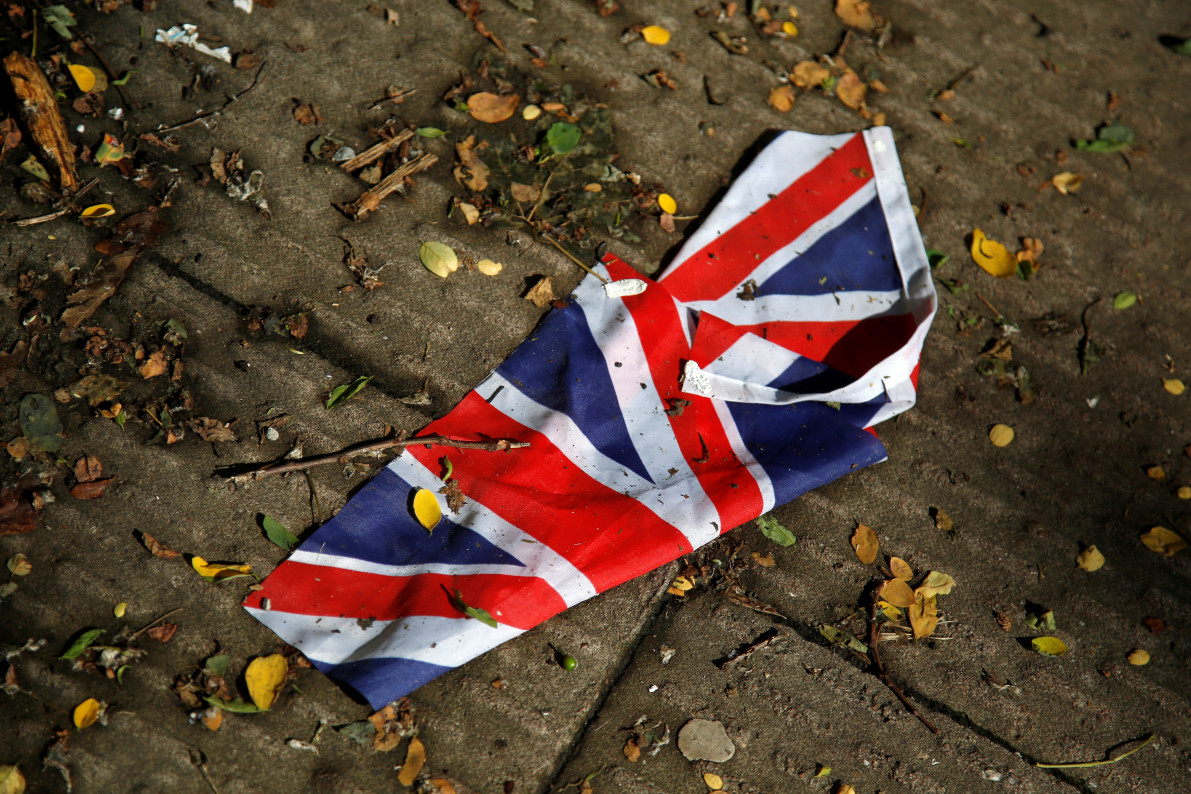 A British flag washed away by heavy rains in London — REUTERS
By Gilad Shiloach with Amit Weiss
Jun 24, 2016 at 7:19 AM ET

In a shocking move that sent global markets tumbling and prompted the resignation of British Prime Minister David Cameron, Britain voted to leave the European Union Thursday. As the Brexit upheaval starts to reverberate across the globe, supporters of the Islamic State are celebrating online in forums and social media, proclaiming, “Europe is destroyed!”

“The rise of the Islamic State brought about the sinking of Britain and the collapse of the European Union,” said one supporter. Others claimed that ISIS “will profit” from the British exit, since a weaker UK won’t be able to continue supporting the Arab countries fighting the terror group. There was also taunting directed at “Rambo” David Cameron, with users sharing quotes about Cameron’s promise “to destroy the Caliphate,” and mocking him for ending up out of the EU (and a job).

At least three threads discussing the referendum were created on al-Minbar, one of the main online forums used by ISIS supporters. In one of the threads, titled “God is great, Europe is destroyed,” dozens of supporters commented, sharing updates on the results and the “collapse of the stock markets in Europe.”

“Their war against the Islamic State caused results they didn’t expect, like immigration that worries and divides them and which caused the vote to exit Europe,” wrote one supporter. Another celebrated the expected “domino effect” in Europe, saying that the Brexit would lead other countries to leave the EU as well. And long before the Brexit vote was even decided, ISIS supporters hoped the British exit would also be “a blow for America.”