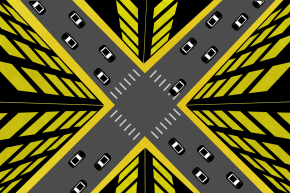 Getting Rid Of Traffic Lights Could End Gridlock
By Jennings Brown

Getting Rid Of Traffic Lights Could End Gridlock 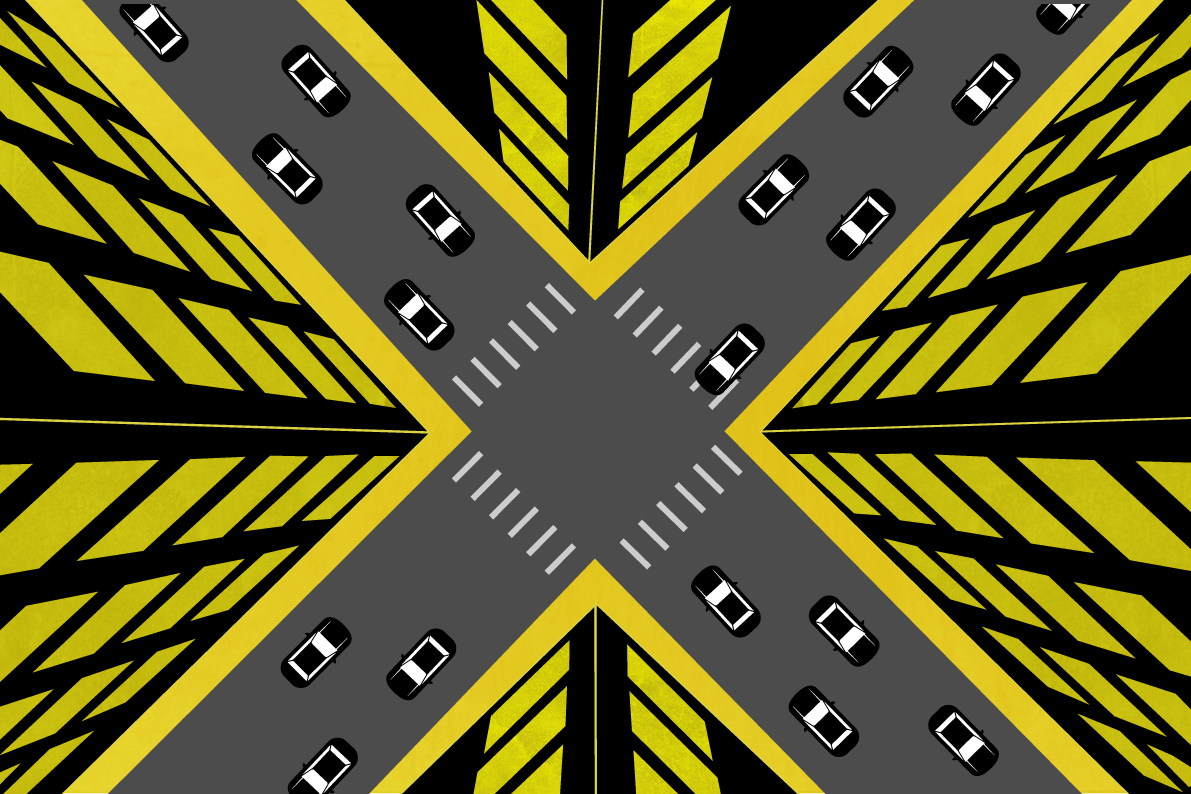 The imminent self-driving car revolution could transform the commuting experience and dramatically increase the amount of cars on roads. But if we don’t also innovate the infrastructure of those roads, we might be on a crash course for constant city gridlock. Fortunately, institutions like MIT’s Senseable City Laboratory are trying to make sure our traffic system keeps up with the evolution of the auto industry.

Senseable City Laboratory studies the ways technologies are affecting urban environments and develops solutions to problems before issues arise. Some of the institution’s past projects were personalized climate control that follows people around a building and sewage monitors that check a city population’s health in real time. Recently, the group turned its attention to autonomous vehicles.

Some studies predict that driverless car technology will make more people want to own cars. If people can have their own robotic chauffeur that allows them to work or relax during their commute, they might be more inclined to own a car instead of taking public transportation. This could lead to more congestion on the roads if we don’t come up with solutions like ride-sharing for automated taxis or technology that controls traffic flow.

The Senseable City Laboratory might have part of the problem figured out. “The technology for self-driving cars is basically here. Already today we can buy partially autonomous cars, and this is going to speed up very quickly—especially with software updates that will transform our cars of today into fully autonomous,” said Carlo Ratti, director of Senseable City Laboratory. “At the city level, that will take a bit longer because what you want to have is a system where all the cars become autonomous. Call it a ‘driverless city.’ It will take a bit longer and at that point you can think about every intersection becoming an intelligent intersection, working with a slot-based intersection.”

This “slot-based intersection” would make every vehicle glide through a crossway in perfect harmony. Rotti and his team explained their concept in a paper published in PLoS One: technology at all intersections that takes over control of approaching cars and adjusts their speed so that they can cruise through slots instead of braking and waiting.

MIT has already met with cities about testing this concept, but the full implementation could only come after the auto industry finds a way to make all cars autonomous. And even then, developers would have to find ways to make sure these smart junctions are safe for pedestrians and bikers.

Ratti believes this vision for a driverless city is one worth fighting for. Just imagine: A world free of traffic lights.

Where we’re going, we’ll still need roads, but will we need drivers? This week, Vocativ explores the state of autonomous vehicles—their regulation, technology, and security—and how close we really are to a driverless future.