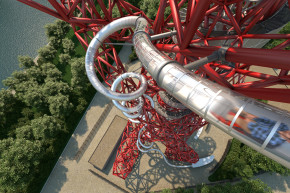 The giant slide is 584 feet long and wraps around the ArcelorMittal Orbit, the UK's tallest public artwork 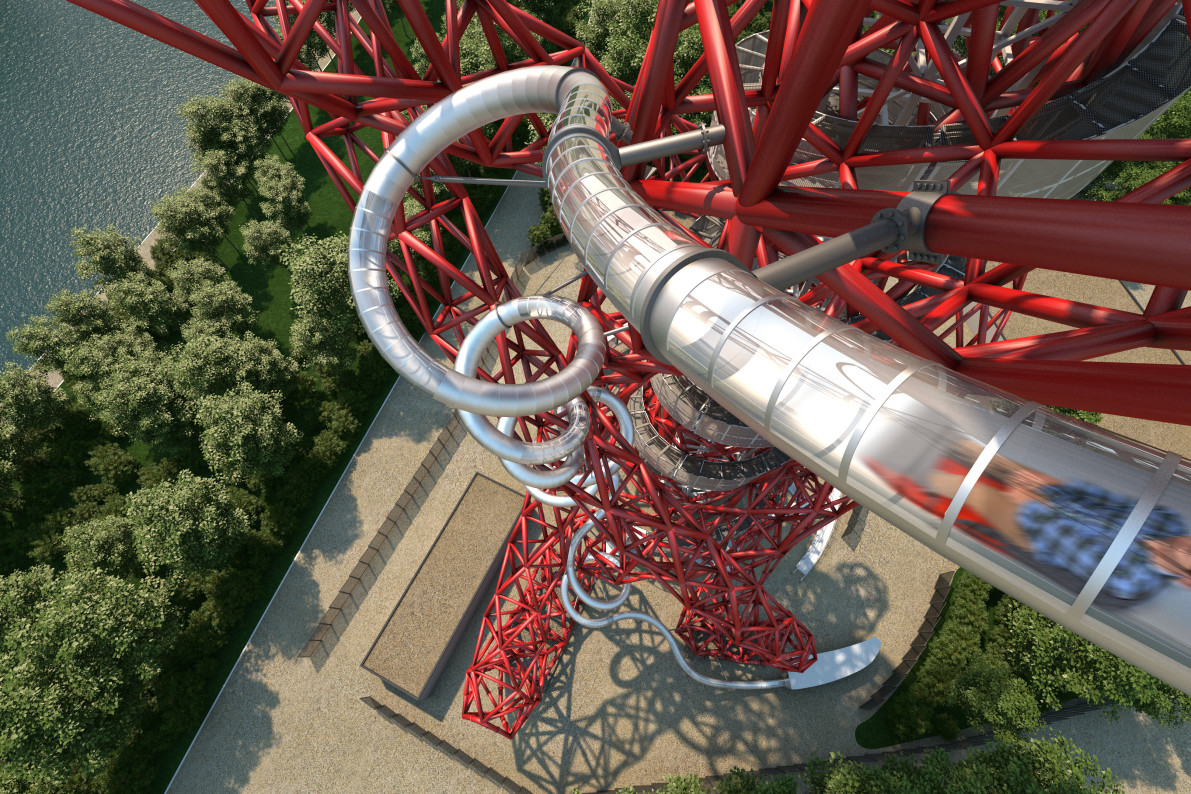 Here’s a new and unusual way to take in the London skyline: by zipping down a tunnel slide that claims to be the world’s tallest—and longest.

Simply called The Slide, the 584-foot-long attraction opens on June 24 at London’s Queen Elizabeth Olympic Park in Stratford. It was built around the ArcelorMittal Orbit, a 377-foot-high public artwork and observation tower opened to commemorate the London 2012 Olympics. The Slide features both exposed and covered sections—the exposed sections are covered with transparent material—to allow riders see the London skyline.

According to the attraction’s website: “Visitors will circle around the ArcelorMittal Orbit 12 times as they weave their way through the famous loops and curves of the iconic structure.” Those curves include “a tight corkscrew section,” and the experience, which lasts 40 seconds, ends with a 164-foot “straight run back down to earth!” the website says. Visitors whizzing through the snaking tube can go as fast as 15 mph, The Spaces, a digital magazine, reported back in April.

Tickets, including admission to the ArcelorMittal Orbit’s observation deck, are currently on sale for around $22 for adults and $15 for children, who must be at least about 4 feet, 2 inches tall—and eight years old—to ride.

Credit: The Slide at the ArcelorMittal Orbit

Belgian artist Carsten Höller designed The Slide, which is one of several he’s designed. Another one of his works was installed at the New Museum in New York in 2011.

Höller said this was the first time he has attached a slide to another piece of artwork. “Now that the two artworks will be intertwined with each other, I see it as one of these double situations that I am so interested in,” he told The Spaces.

Höller developed The Slide based on a proposal by London-based Bblur Architecture, which was approved by the London Legacy Development Corporation last summer.