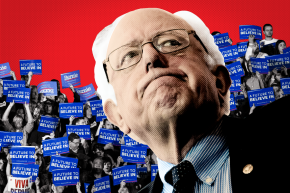 Sanders’ Online Army Prepares For A Revolution Without Him

Can the political revolution's digital pioneers succeed without a candidate to rally behind? 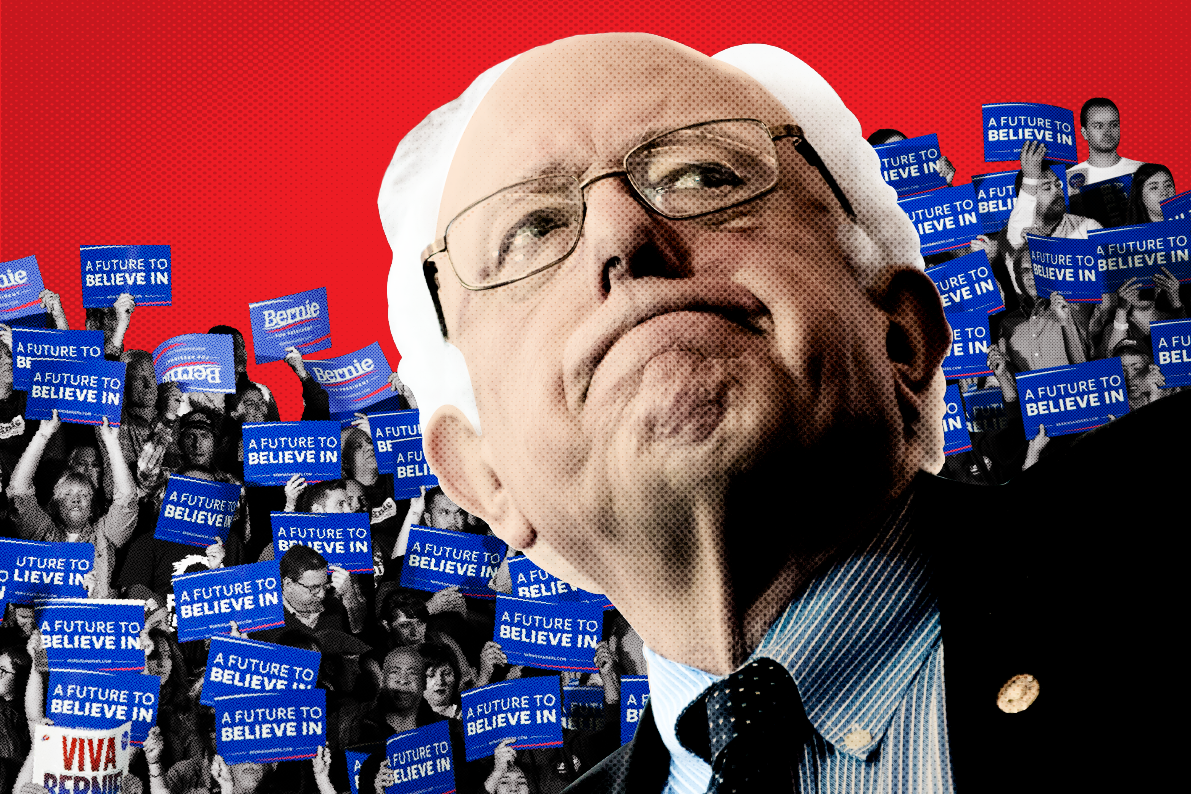 Bernie Sanders remains in the race to be the Democratic candidate for president, but only in a ceremonial capacity, like the king from one of his beloved Scandinavian social democracies. Mathematically eliminated from winning, he is now reckoning with how to help Hillary Clinton take out Donald Trump. It appears the Bernie Sanders political revolution, despite the massive movement the senator built, will not come to pass in 2016. But for some, that doesn’t mean it won’t in the future.

“Hillary Clinton has by all intents and purposes wrapped up the nomination,” says Aidan King, a 24-year-old in Vermont who co-founded the 234,000 member Sanders for President subreddit, “but nobody seems to care.”

At least, not among the diehards. Enthusiasm for Sanders is not what it was even two months ago, but many of Sanders’ online volunteers and organizers are still feeling the bern. The question they’re confronting now is how to capture the heat for the long term. After pioneering online tactics that broke fundraising records without Super PAC support and could get hashtags trending on a day’s notice, some post-Sanders groups are beginning to take shape. They’re looking to take what they’ve learned on the Sanders campaign and use it to support progressive candidates and causes. “Never before has there been such a passionate and gigantic base of digital volunteers,” says King. But without Sanders will they stay on board? And what will they do?

King started the Sanders for President subreddit in 2013 after an online meeting with David Fredrick, a Bay Area-based progressive and fellow political novice almost a decade his senior. It took off in April of 2015 when Sanders announced his candidacy on their page, and as the Wall Street Journal reported, membership shot up from 7,000 to 40,000 within a day. The subreddit became a center for volunteer efforts for the Sanders campaign, so much so that King began working for the Sanders campaign itself, managing social media at the beginning of this year. “For every month that I was on the campaign, we had engagement rates higher than every other political campaign,” says King. “We crushed the Clinton campaign digitally.” Trump inspired an online audience, Sanders inspired an online movement. But as Sanders’ campaign began losing steam in the last month, King stopped working for it, and he and Fredrick began considering their options.

“It actually came in sort of baby steps until one giant leap,”says Fredrick. That leap is a new subreddit called, unsurprisingly, Political_Revolution. “We knew that we had a small window to remind our base, remind our supporters, remind our volunteers that despite the fact that this looks bleak this is not the end,” says King. In a few weeks, the thread has grown to nearly 20,000 subscribers.

“We’ve learned lessons from the growth of the subreddit the first time around,” says King, “and we know that we have a lot of flexibility this time around.” For now, the focus of Political_Revolution is helping the 20 candidates for office who Bernie endorsed. “We’re starting clean again,” says King, “that’s really neat.”

Grassroots Select is another Sanders for President spinoff organization that Fredrick helped start devoted to helping elect progressive candidates. It is also reassessing its goals. “Nothing is exactly definite right now,” says David Mahler, the new head of the organization, “I think all of us are in some ways licking our wounds, and figuring out how to come back stronger.”

“The next stage for Grassroots Select and for the broader progressive movement is to find ways to continue to develop these sort of virtual infrastructures,” that have proven so effective in supporting the Sanders campaign, says Mahler.

But how do these virtual infrastructures function?

More Losing But Not Done, Bernie Sanders’ Fans Are Getting Angrier

In part, it has to do with letting people choose how they volunteer. “We put all of our requests out in the open and you could commit if you wanted to or you could just scroll past it if you wanted to, there was nothing that pinged you or showed up in your inbox,” says Fredrick. Mahler adds it’s not just about finding people to knock on doors or make calls, but designers to build websites, or social media managers to establish an online social media presence.

The success of Sanders’ volunteer operation was based on the enthusiasm he was able to arouse as a candidate, but also the tech his supporters can readily make use of. “The tools are better and more accessible than ever before, and so the scale is bigger than ever before,” says Joe Rospars, founder and CEO of Blue State Digital and former chief digital strategist for the Obama campaigns. He says that’s not just about the professional tools (where the left has maintained a long term advantage over Republicans), but also “broader productivity and coordination tools like Google Drive, Slack and WhatsApp.”

The persistence of Sanders’ enthusiasm despite his inevitable loss is not unique in the brief history of online politics. “The best comparison is [Howard] Dean, who didn’t win the nomination but had a grassroots movement that wanted him to stay in the fight and wanted to built something new themselves,” says Rospars. The former Vermont governor’s 2004 campaign created a template for running a campaign online. Many who worked on it, like Rospars, stayed in the field of online campaigning, contributing to Democrats long term advantage online. “For Bernie, it’s both the case that the numbers will be bigger and that the barriers to be continuing will be lower,” says Rospars, “So I would expect to see many consequences unfolding for a long time.”

No one in 2004 could have known the power and reach of social media platforms in 2016, or their drawbacks. Organizing large passionate communities with major footprints on Reddit guarantees some stress. “We joke around that you haven’t really become a moderator of Sanders for President or Grassroots for Sanders until you’ve received your first death threat,” says Fredrick. Despite his attempts to be transparent, and to maintain a Sanders-esque civility, Fredrick was accused of usurping and destroying the community after King left for the campaign, and has been spammed with violent “incredibly toxic” pornographic images. Managing a massive, sometimes fanatical online community over long hours can takes its toll. “It burns people out incredibly quickly,” he says. He lists Ian Boyd, a recent high school graduate and the former executive director of Grassroots Select, as a burnout casualty.

These online volunteers aren’t the only ones looking for a way forward. A number of activist groups met last week in Chicago at an event called the People’s Summit to define the goals of their revolution. Another group of four former Sanders staffers called Brand New Congress is in the early stages of planning how to run revolution-approved Congressional candidates in every district by 2018. “We’re going to have a lot of time to get ready,” says Liam Clive, one of the leaders of Brand New Congress and a member of Sanders national organizing staff from January through April.

“Their vision is a little more extreme than ours,” says King, wary of the goal to replace 535 members of Congress. Still, he imagines collaborations with Brand New Congress, the People’s Summit, and Grassroots Select. “It would be pretty stupid and it’d be pretty unfortunate for us not to cooperate,” he says.

The more pressing concern for Fredrick is the community’s survival. “I don’t want to see things get started and then fall by the wayside. That was a big problem with Occupy,” he says, which took on so many problems with so little organization that “people felt alienated and separated.”

Without a candidate to unite them, or spur interest in their cause, Sanders’ political revolutionaries face their greatest challenge yet. Still, they are equipped after the Sanders’ campaign unlikely success, as perhaps no volunteers before them. “There are thousands of these little groups that didn’t exist before” says Mahler, and they’re “looking for their next challenge.”