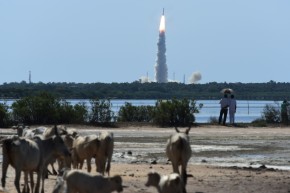 India Launches 20 Satellites On A Single Rocket
By Sarah Lynch 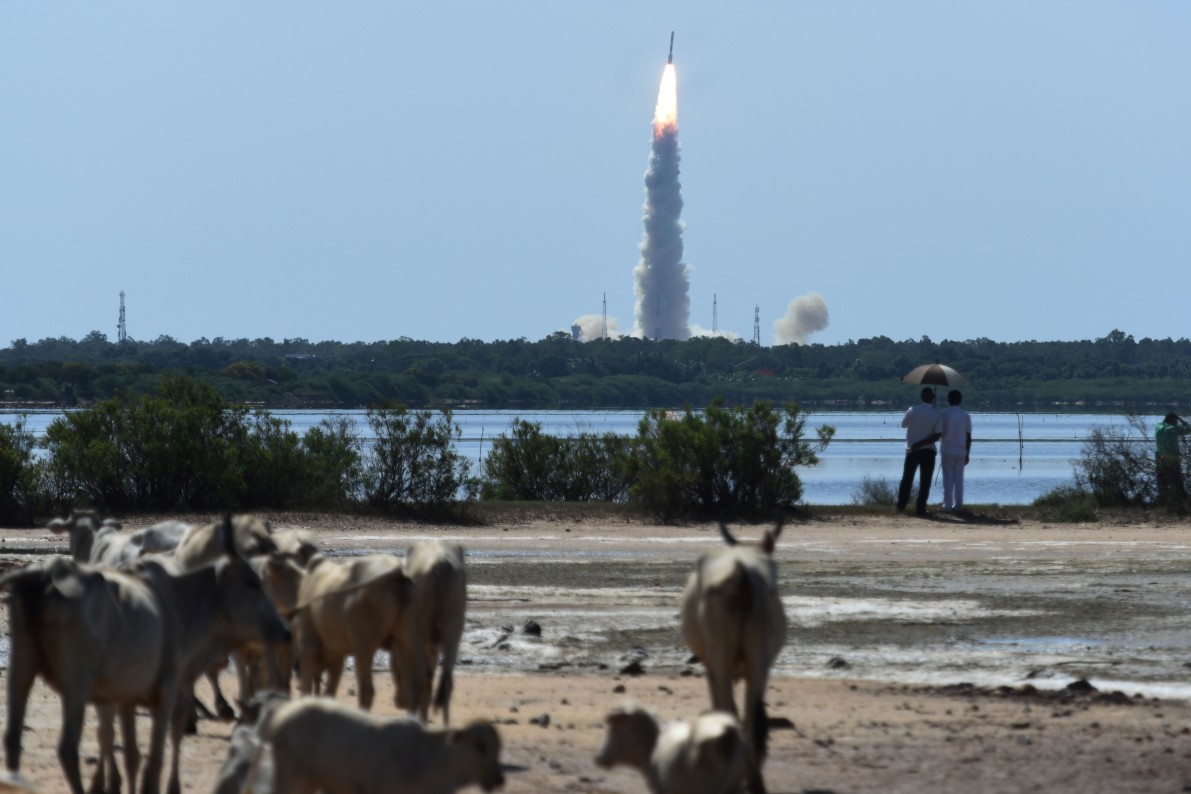 India launched 20 satellites into Earth’s orbit on a single rocket on Wednesday, setting a record for the nation.

The rocket, which took off from an island called Sriharikota in southeast India, was carrying India’s Cartosat-2 series satellite, designed for earth observation, and 19 other satellites from the U.S., Germany, Canada, and Indonesia.

The mission was a clear success for India as it seeks to become a major competitor in the global space market for low-cost launches. India now ranks third worldwide when it comes to the number of satellites deployed at a single time—after Russia, which launched 33 satellites into low Earth orbit two years ago, and the U.S., which deployed 29 satellites in November 2013, The Wall Streets Journal reports.

Indian Prime Minister Narendra Modi celebrated the feat and praised the state-run Indian Space Research Organization, which was responsible for the mission. “Our space programme has time and again shown the transformative potential of science & technology in people’s lives,” Modi tweeted.

20 satellites in a go! @isro continues to break new barriers. Hearty congratulations to our scientists on the monumental accomplishment.

The PSLV-C34 rocket carried the satellites, which weighed a total of 1,288 kilograms—about 2,840 pounds, according to the Indian Space Research Organization. Most of them were put into orbit to measure—and also observe—the Earth’s atmosphere, according to NDTV, a New Delhi-based television network.

“Each of these small objects that you are putting into space will carry out their own activity, which is independent of the other, and each of them will live a wonderful life for the finite period for which they have been designed,” the Indian Space Research Organization’s chairman, A.S. Kiran Kumar, told the network.