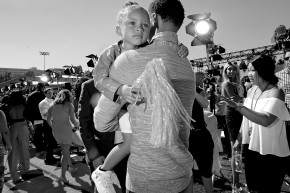 Meet The Other Riley Curry, Target Of Twitter Dolts
By Robert Silverman

Meet The Other Riley Curry, Target Of Twitter Dolts 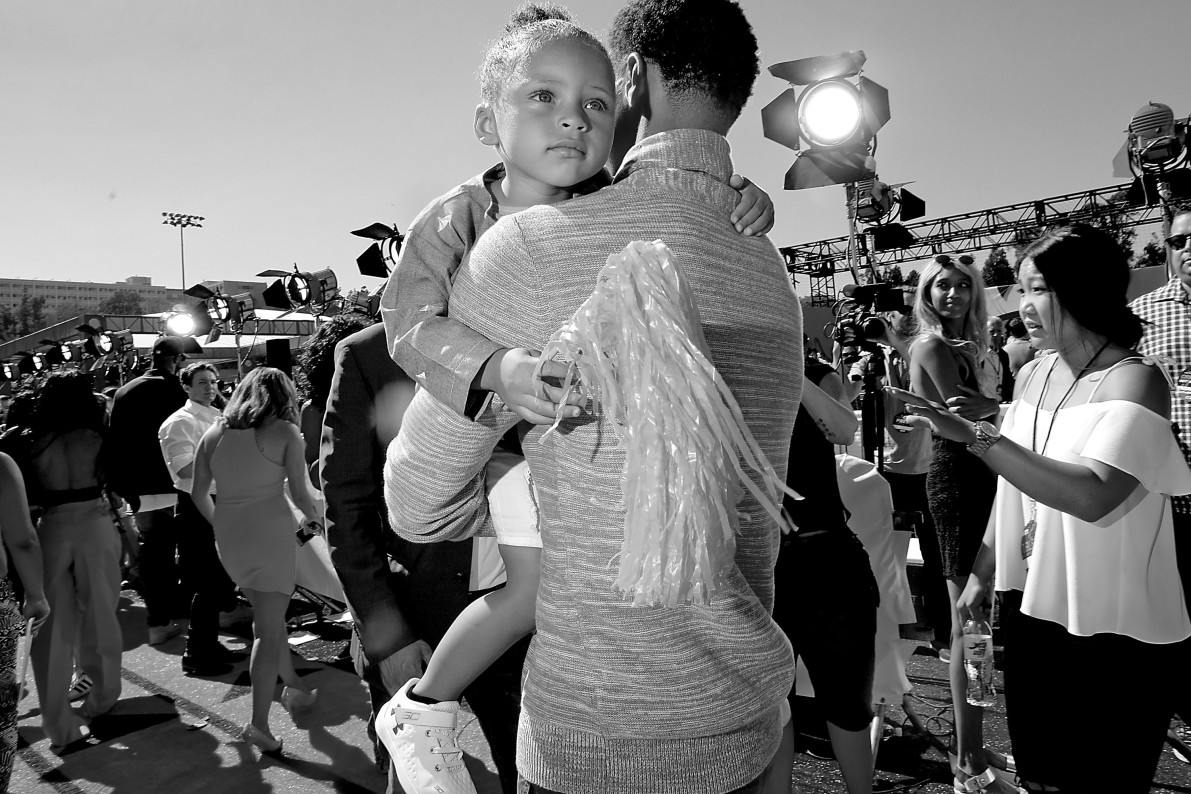 Meet Riley Curry, a 29-year old home inspector who was born in Houston and is a fan of all his hometown teams, from the Astros, Rockets, and Texans to Major League Soccer’s Houston Dynamo. He played football at Trinity University in San Antonio, currently resides in Nashville with his wife, and is one of the more well-adjusted human beings you’ll ever find, at least when it comes to dealing with unexpectedly landing smack dab in the middle of an utterly ludicrous case of mistaken identity and subsequent lousy behavior online.

He is not, however, in any way related to the Golden State Warriors’ Steph Curry, though his Twitter handle, @rileycurry, has caused some confusion. He set up the account in 2011, long before Steph Curry’s daughter Riley was introduced to the world. Last May, when the Golden State Warriors were running roughshod through the NBA playoffs, Riley became quite the viral sensation and a celebrity in her own right, popping up at her dad’s postgame pressers to babble adorably, dancing, making bravura entrances, planting kisses, and basically charming the hell out of everyone. Naturally, said clips were blogged and shared on social media, with all the attendant cooing and overdoses of cuteness that one might expect in response to corgis, kittens, and other things that delight humans to no end.

Now that the Warriors have taken a bit of a heel turn in the course of being dethroned by LeBron James and the Cavaliers, Riley has become a target, and Not That Riley Curry is being lit up on Twitter by total strangers who don’t have more than a handful of brain cells between them and probably require adult supervision when tying their shoelaces. Think about it for a moment: these fine, not-at-all-unhinged folk seem to be laboring under the delusion that A) a three-year-old has her own twitter account, and B) if so, it’s a really cool and good idea to level creepy insults at a child because you are angry at or want to troll her dad.

Reached by phone, Curry said he is a regular Twitter user, checking in on a daily basis to get his fix of news and sports, but he doesn’t follow that many people and hasn’t amassed that many followers of his own, such that he rarely finds himself getting tagged or mentioned.

After Riley’s initial burst upon the public scene a year ago, he started receiving notices from his now-deleted Instagram account tagging him in Curry family photos. “Steph Curry’s daughter and I share the same name and all the notifications that came in were for her,” he said.

Amazingly he’s been able to resist the urge to read all the nastiness, even though the tweets have been rolling in for over a year, picking up steam over the last week and a half after he was finally prompted to set the record straight. Naturally, his declaration of identity garnered more than 25,000 retweets and 30,000 likes.

People tweet horrible things at me thinking I am @StephenCurry30 daughter. I am a 29 yr old man. Social media can be so awful. @MikeAndMike

When the story was blogged, only then did he catch a glimpse of some of the more vile missives that were directed his—or rather, as Curry said, a “sweet little girl’s”—way.

“The worst of it before now was people telling a little girl that there’s no Santa Claus or your dad sucks and all this benign stupid stuff,” he said, but of late, the tenor has escalated. “People dropping f-bombs, saying ‘Riley Curry, you need to tell your parents to kill themselves. You suck, your dad sucks, LeBron James’ kids are cuter than you’—all this ridiculous stuff. It’s just is dumb. It’s so dumb.”

As to the mental capacities of some of his newfound online friends, he’s as befuddled as anyone by the twits who can’t be bothered to look up a Twitter profile and see that they’ve got the wrong person.

“I don’t know if people actually thought they were tweeting at a little kid or if they thought that her parents monitor it or they hired a publicist or whatever,” he said. “But regardless, it’s ridiculous.”

In response to his lone viral tweet he did receive a great deal of sympathy and/or shock that fandom could drive angry shut-ins to fling garbage at a kid, plus a certain amount of giggles at his case of mistaken identity. “Which, all of those things are true,” he said, but even then, the string of replies descended into Twitter’s usual brand of shouty non-dialogue. “There were some people that were like ‘Why are you complaining. You’re a man. You can change your twitter name. Blah, blah, blah.’”

But Curry will remain @rileycurry regardless of what junk lands in his mentions, mainly because he doesn’t care. “It’s all harmless. It doesn’t bother me at all,” he said, insisting that if there’s anything to be gleaned from this snippet of his life, it’s opened a window into the many ways in which online interactions can be awful.

“Socially we’re designed to have some sort of separation between us and strangers, people that we don’t know,” he said. “Because there’s a way that you’re supposed to behave with people that you don’t really know. Social media kind of takes that away and distorts how we regard one another. It’s just kind of crazy.”

If nothing else, though, Curry has proven that can laugh at himself.