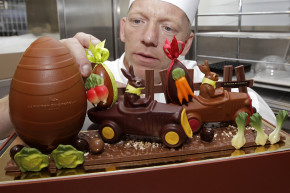 “Electric Chocolate” Could Be Healthier And Tastier
By Joshua A. Krisch

“Electric Chocolate” Could Be Healthier And Tastier

By running liquid chocolate through an electric field, scientists managed to remove up to 20% of the fat, while making the end product tastier 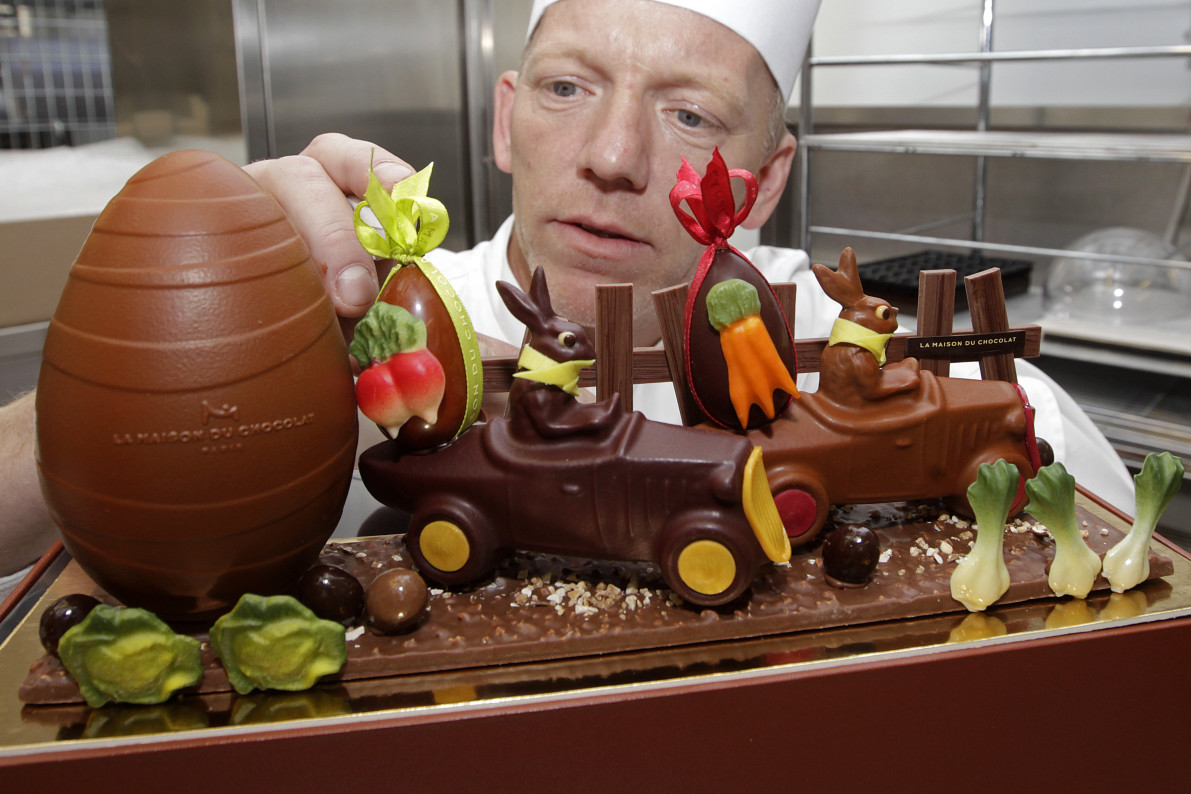 Think of Temple University researcher Rongjia Tao as the Willy Wonka of physics. In a new study published in PNAS, Tao and his team applied an electrical field to liquid chocolate during the manufacturing process, which they claim will reduce fat, speed up the manufacturing process and—at least according to a handful of his colleagues—even make the resulting chocolate taste better.

There’s quite a bit of public interest in producing healthier chocolate—especially since a handful of highly dubious studies have recently convinced many shameless chocolate consumers that delicious candy bars can cure cancer, prevent heart disease, and, astonishingly, help us lose weight. There’s just one problem with producing a healthier Hershey’s—the composition of chocolate as we know it tends to be between 40 and 60 percent fat.

This unhealthy fat appears in the form of cocoa butter and, without that key ingredient, chocolate loses a lot of its taste and texture. And since cocoa butter substitutes are illegal in most countries (and make chocolate taste like rubber) the only real hope that we have for a sustainable, healthy chocolate bar is finding a way to keep cocoa butter in the picture, but reduce it to lower levels. But manufacturers have tried and failed to produce a chocolate bar with less cocoa butter for manufacturing reasons—as the chocolate’s fat content decreases, it becomes thicker and more syrupy, clogging up production pipelines.

Tao saw this as an opportunity. A physicist specializing in electrorheology, the study of how the viscosity of fluids changes under electric charge, Tao had spent the past few years using electric fields to force syrupy liquids like crude oil along pipelines. He wondered if electrorheology could do the same sort of thing for low-fat chocolate manufacturing—reducing the fat but maintaining the flow, in production.

For the study, which was partially funded by Mars Chocolate Inc., Tao and his team invented their own electric device that effectively pushes low-fat, syrupy chocolate along a pipeline at the same rate that it would travel if it were fatty, fast-moving chocolate. Using this method, the researchers were able to reduce the fatty cocoa butter in most chocolate samples by about 20 percent without slowing down production. Tao says that he expects his method to be ready for manufacturers to use within one year.

Some scientists have reservations, however. Stefan Bon of the the University of Warwick in the UK (who has attempted to create low-fat chocolate by substituting cocoa butter with fruit juice) told the Royal Society of Chemistry that, “when you take fat out of chocolate you have to replace it with something else, such as solid cocoa particles or sugar, to keep the mass of the chocolate bar the same.” Bon worries that some miserly manufacturers may use Tao’s method to reduce fat content—while upping the sugar in each candy bar.

“Cocoa is expensive, sugar is cheap,” he says. “It is up to the chocolate manufacturers to decide what to do with the technology, and hopefully they will not replace fat with sugar.”