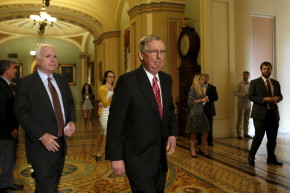 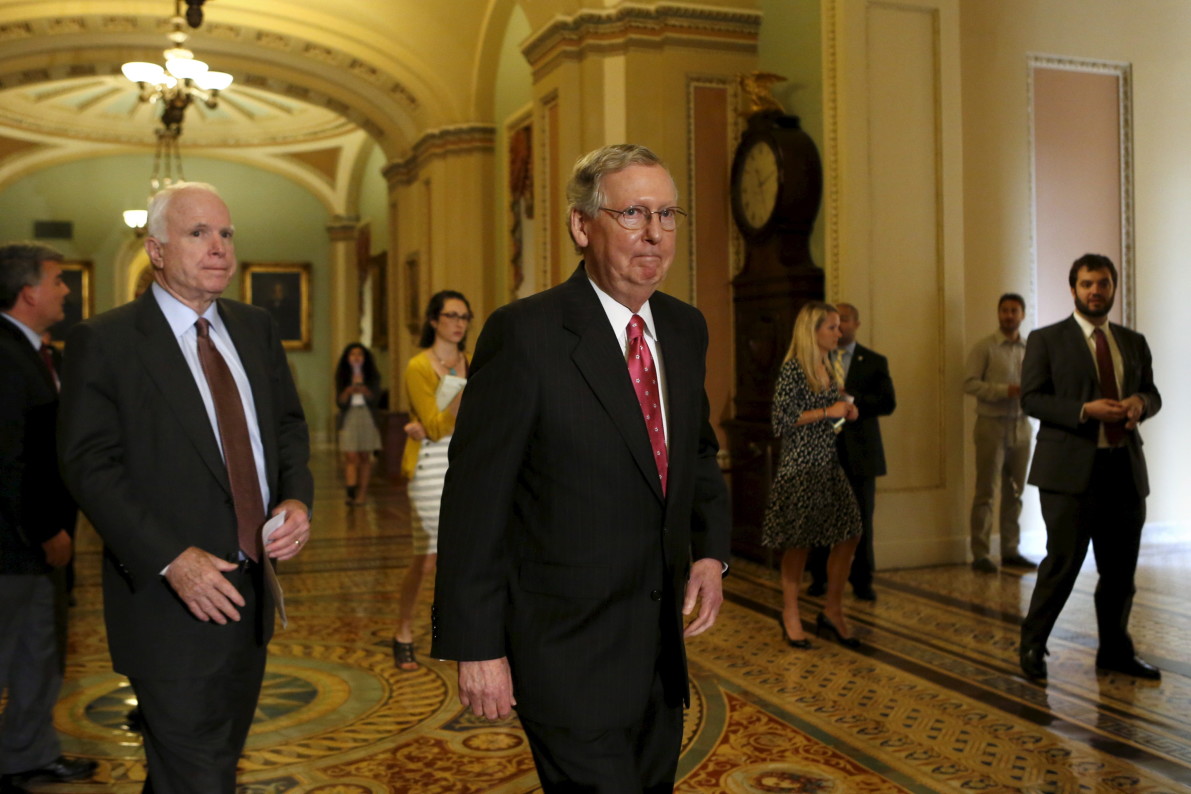 Less than an hour after the Republican-led Senate voted down a series of gun restriction measures, GOP leaders unveiled their own response to last week’s shooting rampage at an Orlando nightclub: expand the FBI’s warrantless spying program online.

Senate Majority Leader Mitch McConnell set up a vote on Monday night to broaden the bureau’s secretive surveillance order to include a person’s email metadata as well as some browsing history information—all without a warrant or needing to inform the targeted individual. The move, buried in a criminal justice appropriations bill, came a mere 23 minutes after the Senate failed to pass the last of four proposals aimed at keeping suspected terrorists from buying guns and tightening background check, records from the U.S. Senate Press Gallery show.

“In the wake of the tragic massacre in Orlando, it is important our law enforcement have the tools they need to conduct counterterrorism investigations,” Senator John McCain, an Arizona Republican and sponsor of the amendment, said in a statement.

Armed with a pistol and AR-15-style assault rifle, Omar Mateen walked into Pulse, a popular gay nightclub, on June 12 and shot more than 100 people, killing 49 of them in what’s being the called the worst mass shooting in U.S. history. On the day of the massacre, the 29-year-old gunman posted messages on Facebook pledging allegiance to the Islamic State, according to law enforcement officials.

A copy of the GOP amendment obtained by Vocativ shows that it would broaden the FBI’s authority to use so-called National Security Letters to include electronic communications transaction records. Those records may include time stamps of emails, the emails’ senders and recipients, along with a host of other email metadata.

The FBI is already allowed to use NSLs to obtain information most commonly, information associated with a phone number or details about a bank account. NSLs are particularly controversial because they don’t require a warrant or allow the recipient to acknowledge them.

However, because of a 2008 Justice Department legal opinion, the FBI has been barred from using NSLs to demand “electronic communication transactional records.” FBI Director James Comey has claimed before Congress that the bureau’s inability to obtain email records with an NSL was simply a “typo.”