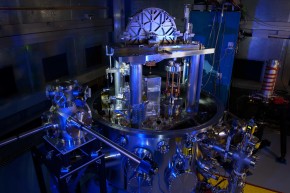 We’re One Step Closer To Figuring Out What A Kilogram Actually Is
By Joshua A. Krisch

Scientists have just confirmed the exact value of Planck's constant, bringing us one step closer to a precise definition of one kilogram 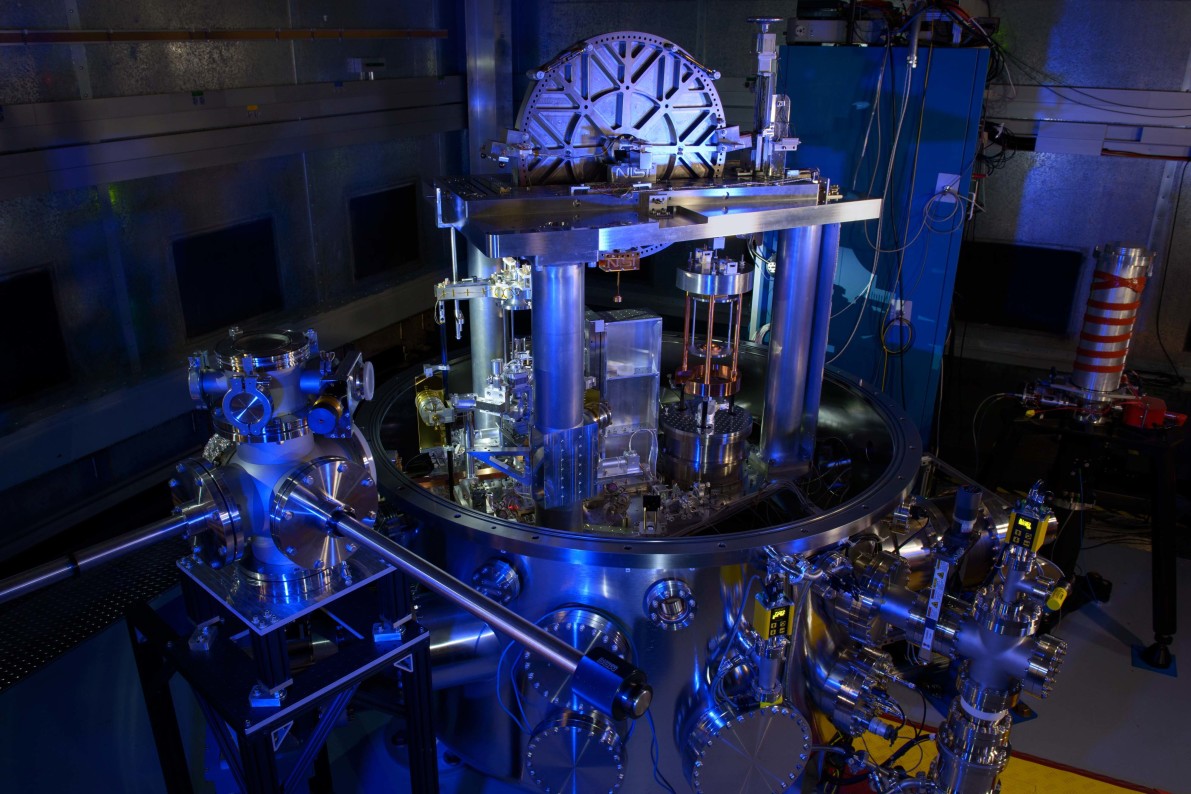 Science has taken us to the moon, eradicated polio, and even unboiled an egg, but it still can’t tell us how much a kilogram weighs. That’s because the current mass against which all other masses are measured—the keystone kilogram—is Le Grand K, an egg-sized cylinder hidden in a French vault. But Le Grand K has its problems. For one, the very definition of a kilogram probably shouldn’t change every time a fleck of dust settles on some hunk of platinum and iridium.

Now, in a new study published in Review of Scientific Instruments, a team of researchers from the National Institute of Standards and Technology presents the NIST-4 Watt Balance, a machine can calculate Planck’s constant with such precision that it can derive the absolute mass of a kilogram. NIST-4 could finally replace the outdated Le Grand K—and herald a permanent, reliable kilo.

“The problem with the kilogram in Paris is that it’s so precious that people don’t want to use it,” said coauthor Stephan Schlamminger of NIST, in a press statement. Not that Le Grand K won’t retain at least some of its status, as a relic of 127 years of imprecise physics. “It’s such a symbol and it has such a rich history of measurement. I don’t think people will just throw it in the garbage.”

More Scientists Finally Agreed On How Much A Kilogram Weighs

The fact that we still don’t know the mass of a kilogram is a problem—our microchips and modern electronics demand precision, and a wonky kilogram could throw off these measurements with very real consequences. So in 2011 an international conference of scientists formally agreed to measure the kilogram once and for all, and to do so either by counting the number of atoms in a one-kilogram sphere of pure silicon or by assigning a fixed value to Planck’s constant and deriving the kilogram from there. This new study presents the results from the Planck’s constant camp.

Planck’s constant, while it may conjure nightmares from high school physics, is not terribly complicated. Max Planck, a German physicist born in 1858, proposed that, just as a glass of water contains billions of tiny water molecules, any amount of energy contains individual energy units. Planck defined that smallest unit of energy by his eponymous constant (h), which is roughly 6.6 x 10-34 Joule⋅second. “Roughly” because, until recently, the precise measurement was still unknown.

When the International General Conference on Weights and Measures agreed to consider the Planck’s constant approach to calculating the kilogram, their main condition was that at least one instrument would need to calculate Planck’s constant to an uncertainty of 2 parts per 100 million. NIST-4’s accuracy of 34 parts per billion beats that metric by a mile (an ironic expression, given the metric systems’ disdain for miles).

Before the world redefines the kilogram, however, multiple independent measurements of Planck’s constant will need to agree with one another, and a complex computer program that will need to sift through the data to arrive at a final value for h and the kilo. Not that anyone will necessarily care. “It’s the frustrating part about being a metrologist,” Schlamminger laments.

“If you do your job right, nobody should notice.”