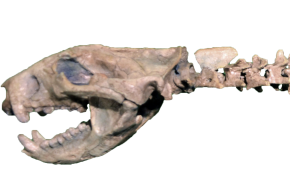 The Asteroid That Killed The Dinosaurs Almost Got Us, Too
By Joshua A. Krisch

The Asteroid That Killed The Dinosaurs Almost Got Us, Too

The prehistoric mammals that gave rise to humans barely survived the asteroid that decimated the dinosaurs, new study suggests 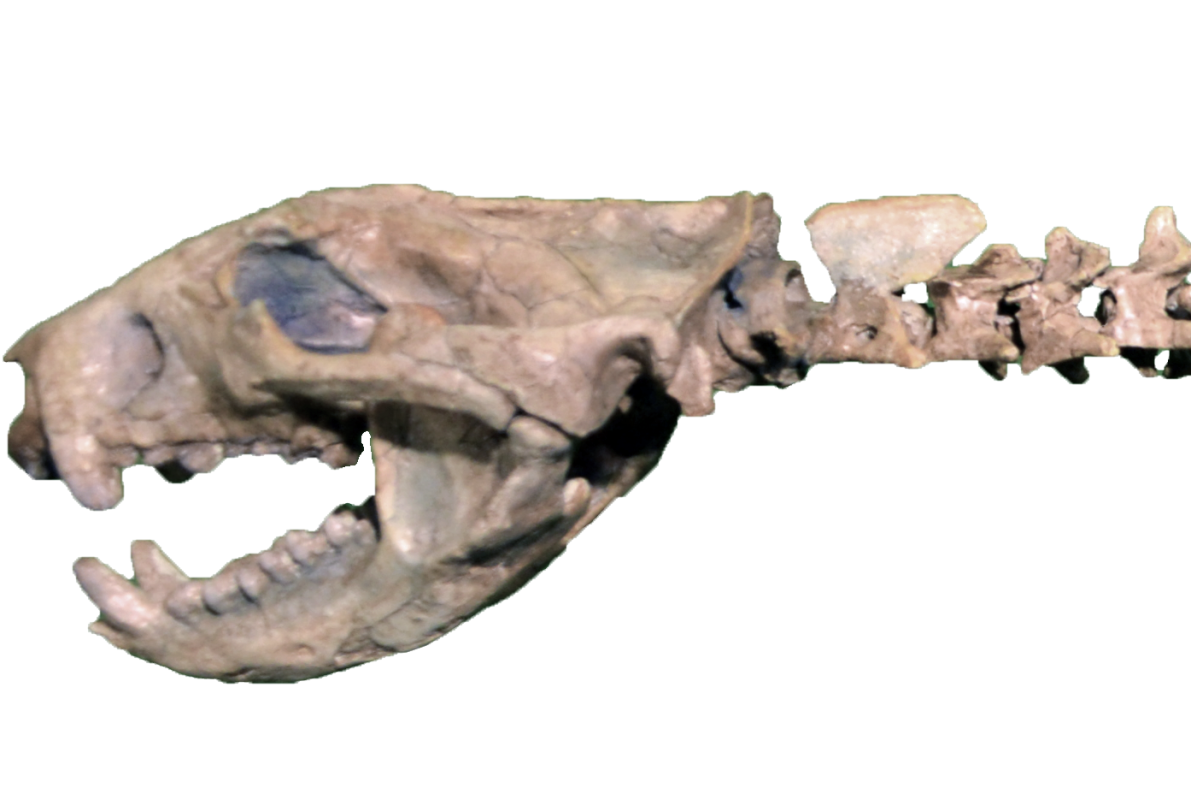 Didelphodon, the only known mammal skeleton from the Late Cretaceous — (MCDinosaurhunter)
By Joshua A. Krisch
Jun 22, 2016 at 2:20 PM ET

The age of the dinosaurs ended 66 million years ago, when an asteroid six miles in diameter crashed into what is now southeastern Mexico. The world went up in flames. Dinosaurs, along with the massive reptiles that ruled the sea and the sky, perished as forest fires raged across the globe, dust blotted out the sun, and Earth experienced intense heat, frigid cooling and then more heat.

Conventional wisdom states that mammalian diversity emerged from the ashes of the mass extinction, ultimately giving rise to our own humble species. But according to a new study in the Journal of Evolutionary Biology, the story is a bit more complicated than that—and the asteroid that decimated the dinosaurs also wiped out roughly 93 percent of all mammalian species.

“Because mammals did so well after the extinction, we have tended to assume that it didn’t hit them as hard,” said coauthor Nick Longrich of University of Bath in England, in a press statement. “However our analysis shows that the mammals were hit harder than most groups of animals, such as lizards, turtles, crocodilians, but they proved to be far more adaptable in the aftermath.”

Dinosaurs weren’t the only ones to get hit hard by that asteroid. Most mollusk species took a dive in the aftermath of the impact, as did many species of insects, plankton and terrestrial plants. But mammals survived, multiplied, and ultimately gave rise to human beings. So what great secret did our possum-like ancestors know that the dinosaurs, giant lizards and mollusks did not?

Several answers have been proposed. One classic approach is that early mammals were small enough to survive on insects and dying plants, while large dinosaurs and reptiles required a vast diet of leafy greens and healthy prey that simply weren’t available in the lean years, post-impact. So brontosauruses starved to death while prehistoric possums filled their far smaller and less discerning bellies. Other studies have suggested that mammals survived by burrowing underground or living near the water, where they would have been somewhat shielded from the intense heatwaves, post-impact.

But all of these theories presuppose that mammals escaped the Cretaceous unscathed. Meanwhile, the authors of this new study add an important piece of data to the discussion—mammals did not exactly thrive after the impact.

For the study, scientists analyzed the fossil record before and after the asteroid strike that ended the Cretaceous Period. Their estimates, the first to take into account a host of rare mammalian species, are far higher than prior figures. The results suggest that more than 90 percent of mammalian species died out with the dinosaurs—meaning that mammals by no means escaped the carnage. “As bad as things looked before, including more data shows the extinction was more severe than previously believed,” Longrich says.

The difference, of course, is that mammals bounced back and grew stronger than ever, while dinosaurs, large reptiles and other prehistoric relics more or less died out. The study reports that mammals recovered entirely within 300,000 years—an evolutionary blink of an eye. Which suggests that mammals didn’t rise to prominence because of their survival, as much as they did because of their odd ability to bounce back after disaster. “It wasn’t low extinction rates, but the ability to recover and adapt in the aftermath that led the mammals to take over,” Longrich says.

Of course, this raises new questions. How did the mammals recover so quickly? The authors are unsure, but suggest that mammals may have been better spread-out around the globe, and so had the freedom to recover independently and evolve with greater diversity. “After this extinction event, there was an explosion of diversity, and it was driven by having different evolutionary experiments going on simultaneously in different locations,” Longrich says. “This may have helped drive the recovery.”

“With so many different species evolving in different directions in different parts of the world, evolution was more likely to stumble across new evolutionary paths.”