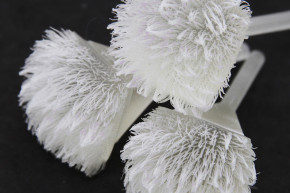 The Tiniest Of Hairs, Now From A 3D Printer
By Alexandra Ossola

The Tiniest Of Hairs, Now From A 3D Printer

But you’ll still have to get your wigs elsewhere 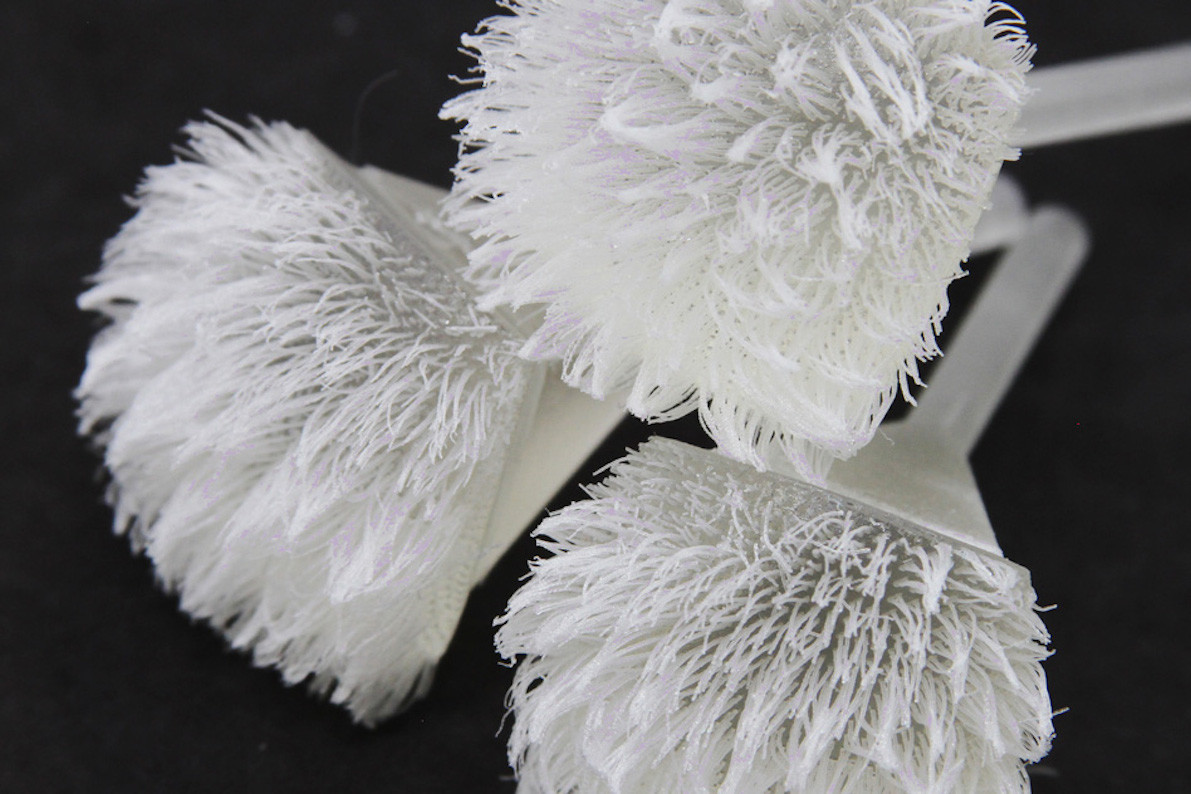 3D printers are manufacturing all sorts of exciting objects, from customizable prosthetics to a steel bridge. Though large-scale projects are no longer impossible, tiny structures have proven elusive—the physical properties of things like hair require a lot of computational power to model (as animators have learned) and even more to create using current 3D printing technology.

Now researchers from MIT have created new software, called Cilllia, that can easily print structures as small as a human hair on existing 3D printers. The software allows users to choose the number, size, and density of hairs, define their rigidity or flexibility, and to print them on flat or curved surfaces. The researchers presented their work recently at the CHI conference on human-computer interactions in San Jose, California.

Typical 3D printing programs operate by visualizing whole models of objects as lots of very thin horizontal slices, which the 3D printer then builds one layer at a time. But to print hairs, the researchers created a program that does this in a different order—the user first chooses the dimensions of the strands of hair, then chooses the density of hairs they want printed on a flat or a curved surface. Once the user has made the desired pattern, the software generates a color-coded map that instructs the printer for where to place the resin in tapering layers to make the hairs with the designated dimensions.

Once the researchers developed their software, they tested it by printing several samples on a commercially available printer called the Autodesk Ember.

To show that printed hairs can vary in their thickness and stiffness, the researchers printed a hedgehog with thicker, spiky hair and rabbit with thinner tufts of cotton-like hair. They also printed four paintbrushes, each with a different pattern of bristles, and flat arrays of hairs that, when glued to the sides of two cubes and pressed together, adhere strongly to one another, like velcro.

The researchers anticipate that their software could help create new types of interactive 3D toys, or sensors for sound or wind.

This isn’t the first time scientists have been able to 3D print hair; researchers from Carnegie Mellon University developed a technique last year. But with that one the user didn’t have nearly as much control over the final product—the hairs were uniformly thin and spindly, created much like a string from a hot glue gun.

“Perhaps more inspiring than any single output from this team is the idea of rethinking the 3D printing process itself and the purpose of 3D printed objects,” Kelly Schaefer, a designer at design consulting firm IDEO, told MIT News. “The Cilllia team has challenged some of the current constraints of 3-D printing processes, which makes me wonder what other constraints can be challenged and potentially eliminated.”

In future studies the researchers plan to refine the techniques for generating the printed hair, and to find ways to print it over a larger and more angular surface. But it might be a little while before you can 3D print your own wig or toupee (or a merkin, if you’re into that)—the stuff still doesn’t look much like human hair.