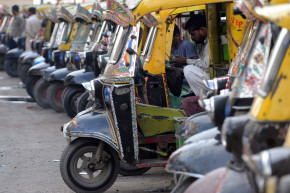 This Grocery Drives Itself To Your Door
By Ruby Nitzberg
PAKISTAN 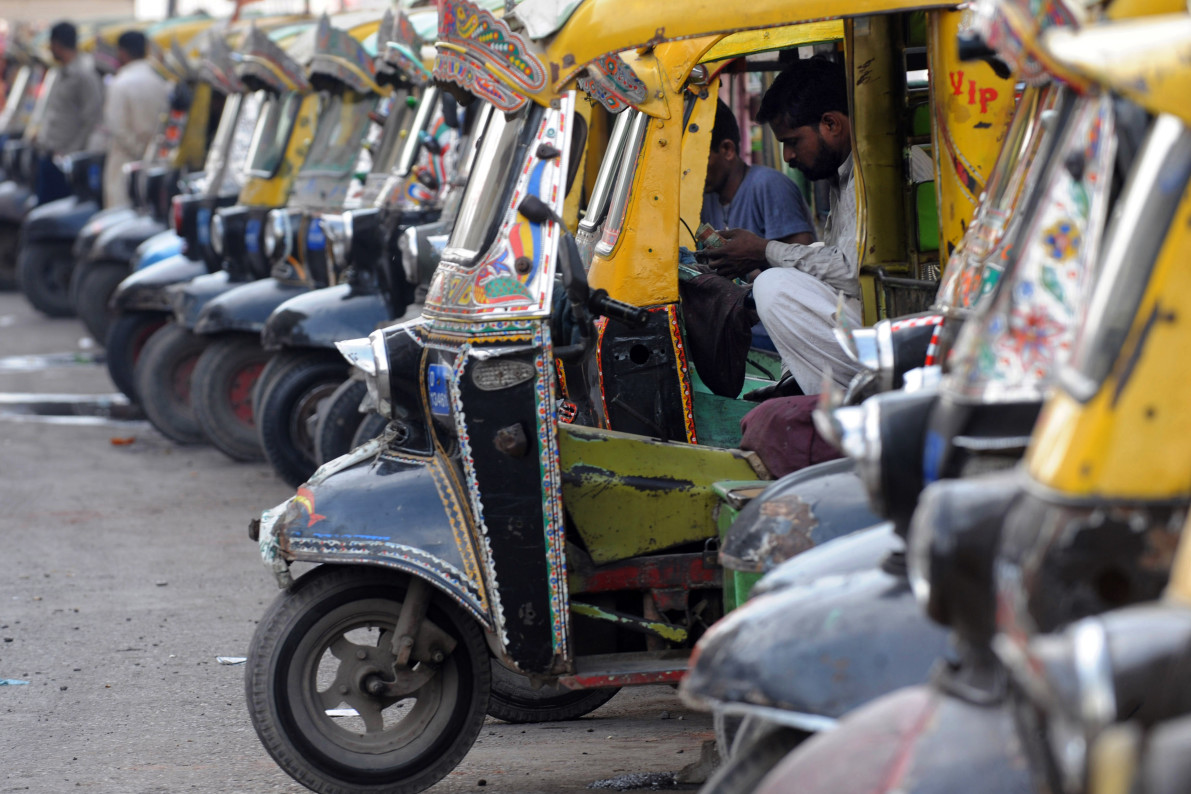 In Pakistan, you can now hail an Uber from your smartphone like you can in most American cities. But in the city of Lahore, a rival service believes many residents don’t have smartphones and instead rely on another means of transportation: rickshaws.

Rixi allows rickshaw drivers to bid for a customer’s business via text message, and uses cellphone towers and Google Maps for location tracking. When customers sign up for the service, they receive several fares from nearby drivers. They can also bid for the driver offering the lowest fare, or the driver with the highest rating based on previous rides.

Rixi’s founder Adnan Khawaja told Reuters that unlike Uber, his service does not require users to own smartphones. Reuters reported that while there are over 130 million cellphone subscriptions in Pakistan, only 21 percent of people have data packages, suggesting that 79 percent cannot access the internet to hail a ride with Uber’s smartphone app.

Uber launched its service, called UberGo, in Pakistan in March, and said users could hail Toyota Corollas and Honda Civics, among a range of other cars, CNN reported. But Khawaja said rickshaws, the narrow, three-wheeled vehicles usually capable of fitting one or two people, are often better suited for beating traffic in Lahore, one of Pakistan’s largest cities. It’s home to more than 10 million people.

Khawaja questioned Uber’s reliance on smartphone and mobile internet users. “In countries like Pakistan, India, Bangladesh, that population is […] growing, but it’s still smaller compared to the vast market,” he told Reuters. Khawaja also said that more than 1,000 rickshaw drivers in Lahore work with the service, and that it has registered approximately 100,000 rides since Rixi launched in 2013. He said the service now handles around 100 rides a day—but that’s still a small amount when considering rickshaws make about 200,000 daily trips in the city, the local Awami Rickshaw Union told Reuters.

But Rixi’s use of older technology has its drawbacks, too: One technology entrepreneur claimed customers can only be tracked to within a few hundred meters from where they send their text messages, and several customers complained the service did not follow through on its claim to provide a rickshaw within 15 minutes. Rixi claimed its rate of error is 3 percent, Reuters reported.

Khawaja’s claim that Uber cannot cater to as many customers in Pakistan as it does it more technologically-advanced cities may not be valid forever. “We continue to explore products that would stimulate demand … whether that is a rickshaw, whether that is a chopper,” said Uber’s head of expansion in Pakistan, Zohair Yousafi. However, he told Reuters the company had no immediate plans to deploy a rickshaw-friendly service.