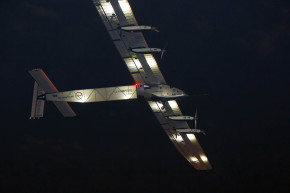 Solar Impulse 2 Takes Off For 90-Hour Flight Across Atlantic 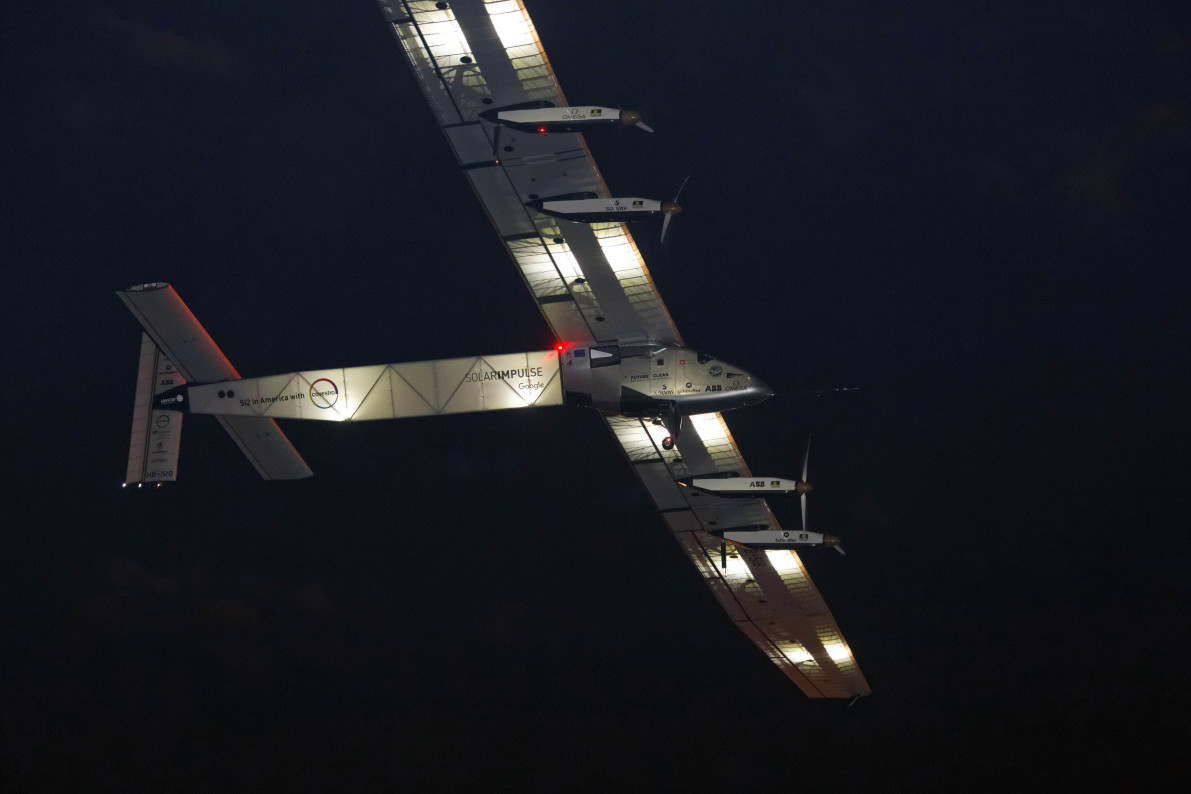 A solar-powered plane making an epic attempt to circle the globe started a four-day trip across the Atlantic on Monday. Traveling without even a single drop of fuel, the aircraft took off from New York heading for Seville, Spain, where it’s expected to land in about 90 hours.

“Bertrand Piccard will be at the controls for this flight – the first transatlantic solar and electric crossing with zero fuel and zero emissions,” the Solar Impulse 2 team wrote in a blog post.

More The Solar Impulse’s Long Journey Across The Pacific

Piccard is piloting the aircraft on his own, and will only be able to take short naps throughout the journey. He takes turns flying around the world with André Borschberg, who flew the last leg—totaling 4 hours and 41 minutes—from Allentown, Pennsylvania to New York City.

The mission of the global trip is to promote clean technologies, the use of renewable energies, and energy efficiency.

#Si2's cockpit is now closed, here I go for 4 days alone over the #Atlantic without a drop of fuel! #futureisclean pic.twitter.com/OMvPG0n5Xo

The plane started its trip in Abu Dhabi, in March last year. Since then, it has made 14 stops, traveling from Oman to India, Myanmar, China, and Japan before landing in Hawaii. Five legs took it across the continental United States to New York, where it took off on Monday.

“I just passed the Point of No Return w/ #Si2,” Piccard tweeted early on Monday. “Now I will only be flying toward #Europe with the vast #Atlantic ahead.”

I just passed the Point of No Return w/ #Si2. Now I will only be flying toward #Europe with the vast #Atlantic ahead pic.twitter.com/5EilBceVSQ

The flight will be the aircraft’s longest this year. Last year, it flew for more than 117 hours from Nagoya, Japan to Honolulu. The plane travels at low speeds, maxing out at 87 mph.