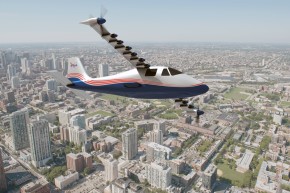 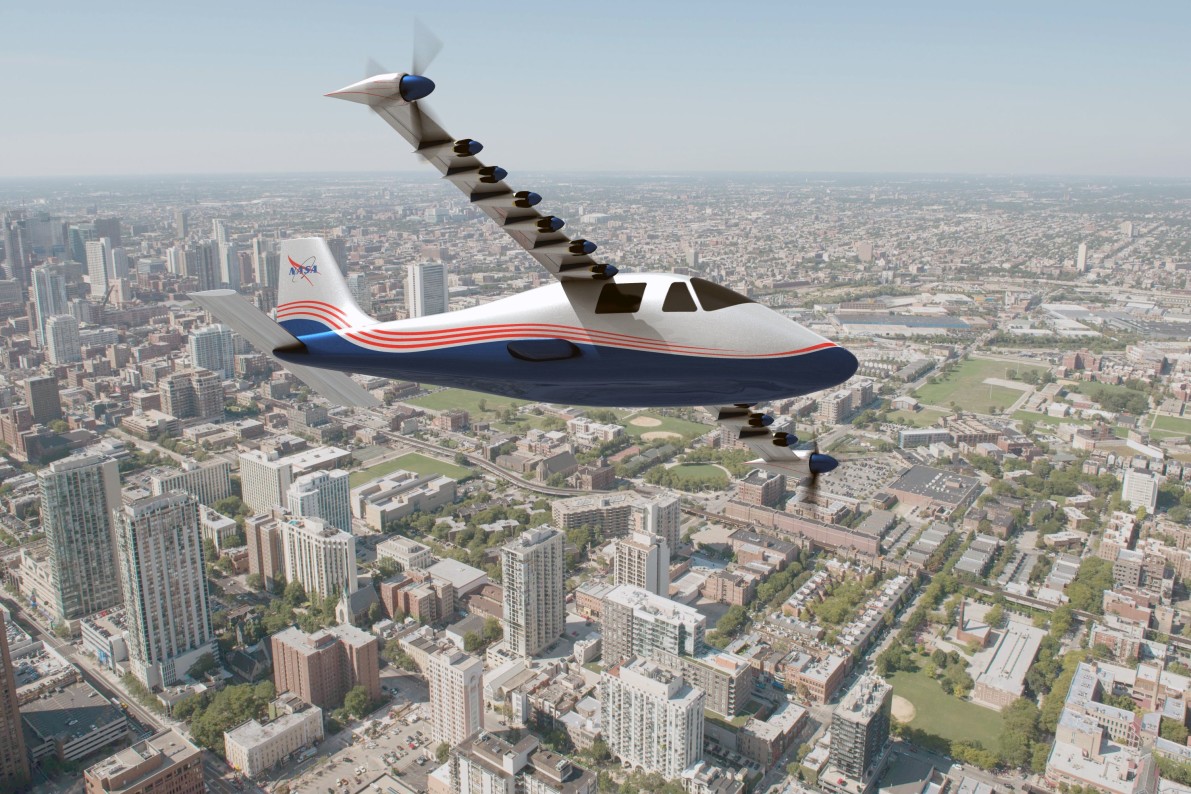 NASA announced it is developing an experimental, fully battery-powered airplane—a significant step toward bringing carbon-friendly aviation to the masses.

In a news release on Friday, NASA said the wings of an Italian twin-engine, four-seat aircraft, as well as two of the plane’s gas-fueled engines, “will be replaced with a long, skinny wing embedded with 14 electric motors – 12 on the leading edge for take offs and landings, and one larger motor on each wing tip for use while at cruise altitude.” The motors, which turn propellers that move the plane forward, will be chargeable on the ground via solar power, and will reduce the plane’s operating costs by 30 percent, Mark Moore, a principal researcher at NASA, told The Wall Street Journal.

The government agency hopes the project will prove that aircraft equipped with several electric motors can use five times times less energy than private planes currently use when cruising at 175 mph. Electric power could also reduce overall flight time, NASA said, because today’s gas-powered airplanes usually need to fly slower than their maximum speed to save fuel.

The plane, called the X-57 and dubbed “Maxwell,” is the latest in a long line of x-planes—experimental aircraft the government has developed to test out new technologies, NASA says. The first x-plane, the Bell-X1, was the first aircraft to break the sound barrier, during a flight in 1947. NASA said it is also developing as many as five other x-planes that are bigger than the X-57. Designed for transport, they seek to demonstrate how “advanced technologies” can reduce fuel use, carbon emissions, and noise pollution, and “thus accelerate their introduction to the marketplace,” NASA said its Friday news release.

The agency’s decision to invest in battery-powered aviation follows similar moves by several private companies including Airbus, Boeing, and Siemens AG. In April, Airbus and Siemens AG announced they would designate 200 engineers to work on electric aircraft technology, with the goal of demonstrating the fruit of their efforts by 2020. Boeing is working on technology to allow regular jet engines switch to battery power after takeoff, The Wall Street Journal reported.