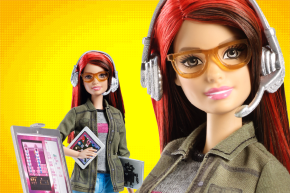 She's a Barbie girl in a techie world 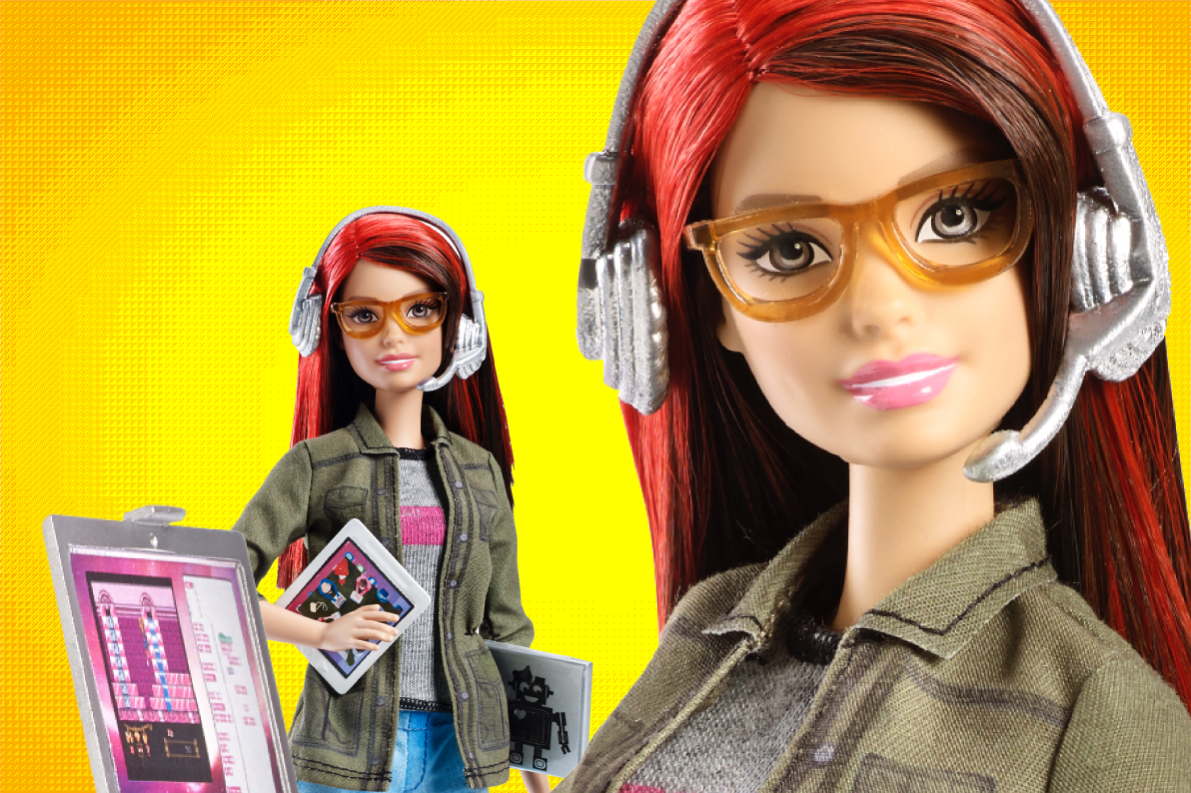 Life in plastic just got a little bit more high-tech (and maybe a little bit more feminist) as Mattel introduces a new Game Developer Barbie. With a laptop, tablet, and headset in tow, Game Developer Barbie looks nothing like the pretty-in-pink blonde the brand conjures. Though it’s unclear from photos whether or not she rocks high-heeled-shaped feet under her sensible footwear, she dons jeans, thick-rimmed glasses and a headset.

The move comes as a relief to high-profile women in tech like information scientist Casey Fiesler, who was among the top critics of the poorly executed Mattel book “Barbie: I Can Be A Computer Engineer.” The book was an epic failure—since it heralded men as the real brains of the engineering operation. Game Developer Barbie, Fiesler points out, certainly can code, with text on her laptop indicating that she is working in Alice and coding a game in ActionScript or Haxe.

While some seem to find the move “too little too late,” the general consensus on social media has been that Mattel is finally getting it right, and that this form of representation is important in its potential to sell young girls on STEM (all while selling their parents on yet another “fempowering” toy).

Game Developer Barbie is but the latest addition to the marketing push for women and girls to get involved in engineering technology. Earlier this year, American Girl released a set of building blocks marketed to young girls, emphasizing the “building” component of the type of play it aimed to encourage. Google and Cartoon Network are teaming up to teach kids how to code Powerpuff Girls. While it’s a start, there’s plenty of work to be done.

The tech industry’s current state of gender imbalance is well-documented with major long-term implications. Across Fortune 1000 tech companies, women account for just 12 percent of board members. And this gap starts young. Studies have shown that female students report feeling less confident in their ability to learn computer science from a young age, with 44 percent of students saying that boys are more likely to be successful in learning computer science.

And let’s not forget how women within the gaming industry are too-often treated. As such, it’s no surprise that Game Developer Barbie is already being sexualized (that was quick). Baby steps, perhaps?