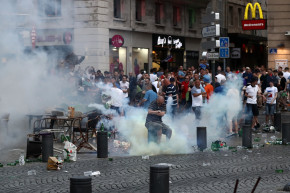 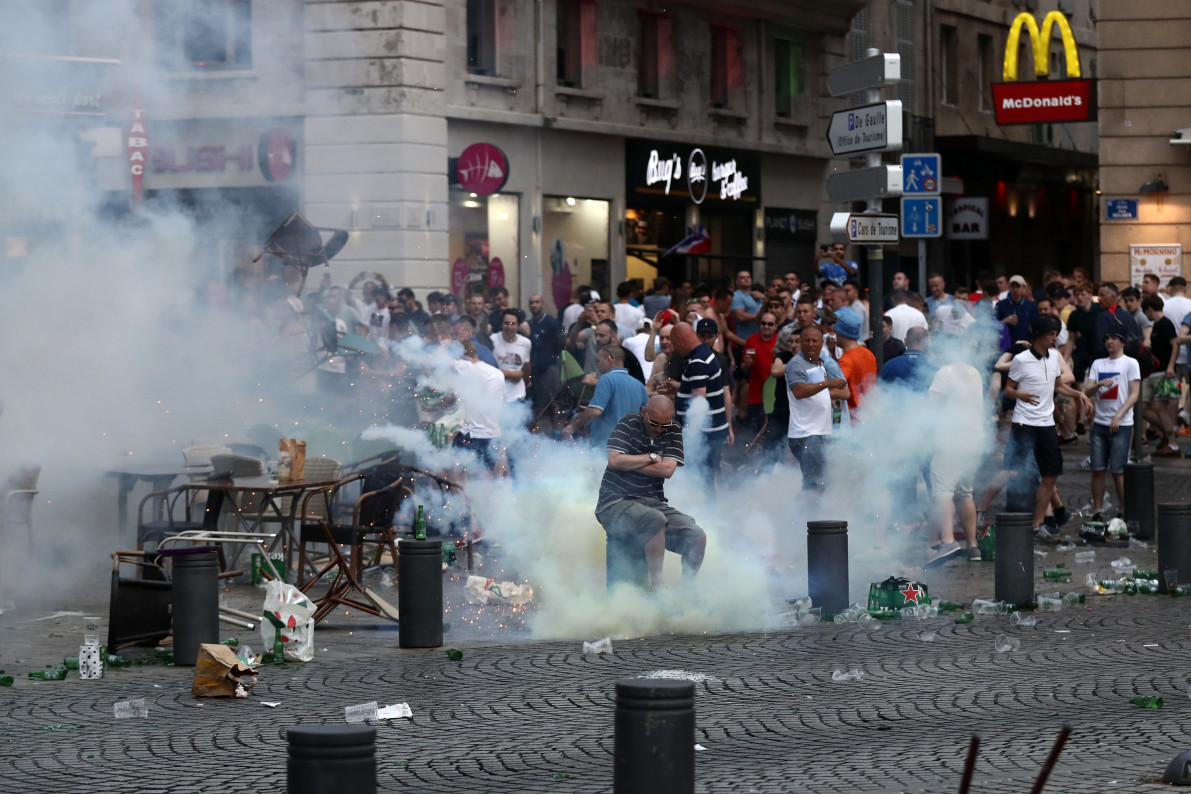 In the heat of the moment, it’s easy to get snookered by a fake Twitter account. When a major pro sport’s trade deadline clock is ticking down to zero, for example, many of us have jumped on a shocking bit of breaking news on our timeline and accidentally retweeted a snarky teen pretending to be one of the NBA’s top information merchants.

But you’d think the Russian state-run media would be immune to such a thing. Or at least that they’d double check their sources before making the assertion that English fans were actually responsible for inciting the violence that broke out in Marseille after the Euro 2016 match between Russia and England over the weekend.

RIA Novosti, a state-operated agency, claimed that the “riots in the stands” arose after “English fans started to insult the Russians,” a report that seems to have been entirely derived from the tweets of one Simon Rowntree, purportedly a football reporter for Forest Echo News.

Chants of "Commie scum, Putin stole Crimea" and "Sharapova takes dope up the arse" being heard and #RUS fans then beat up #ENG supporters

Of course, there is no such news outlet and Rowntree is not an actual reporter. He’s one of the many yuksters plying their trade at Forest Echo News, a troll farm that has cobbled together a quasi-plausible website and thrown it up at Weebly, a free hosting service, and boasts a team of “reporters” that mix in the occasional tidbit of accurate information with inflammatory, ludicrous trolling. After a rudimentary examination of Rowntree’s Twitter account, the Guardian discovered that, lo and behold, despite the fact that he’s amassed over 9,400 followers, it’s pretty clear that Rowntree is not who he claims to be.

“The picture used on the Rowntree account is from stock photo agency Shutterstock, described as ‘portrait of happy smiling businessman’,” the Guardian reported. “Previous tweets from the Forest Echo News account and those claiming to work for it, many highly offensive, are also almost all false reports of events or distortions.”

Given that Russia risks being tossed out of Euro 2016 entirely should its most devout hooligans continue to rampage through the streets of France, it’s not surprising that official Russian mouthpieces would jump at the chance to disseminate misinformation that might bolster their cause.

Another Moscow-based weekly newspaper named—ironically enough—Arguments and Facts, also jumped in to the fray, using the tweets of one of Rowntree’s fellow Forest Echo pranksters, Martyn Macintyre, despite the fact that his Twitter bio clearly identifies the account as a “spoof” and, as the Guardian noted, he uses a photo of Beau Willimon, the playwright and showrunner of HBO’s House of Cards as his profile pic, to claim that an English fan dropped trou right in front of a Russian backer’s mug. (Said tweet has since been deleted.)

While Twitter has gone so far as to suspend various members of the Forest Echo “newsroom,” it won’t be long before they’re back at it again, thirsty to fishhook yet another rube that isn’t in on the joke.

And yes, whipping gullible social media users into an online frenzy is all in good fun, but whatever satirical value this fakery has is utterly lost in a highly-charged atmosphere like a major soccer tournament.

I cannot believe what I am seeing. #ENG fans have lifted a disabled black man off his wheelchair and thrown him into the river. Disgusting.

They are now chanting "Who's the monkey in the water" at the poor man. I am absolutely shocked and saddened by these disgraceful scenes.

So, Forest Echo, you might not want to rile up deranged Ultras that are just looking for an excuse the pummel someone into goo. Yelling “fire” in a crowded theater isn’t worth the lulz.