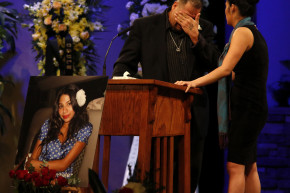 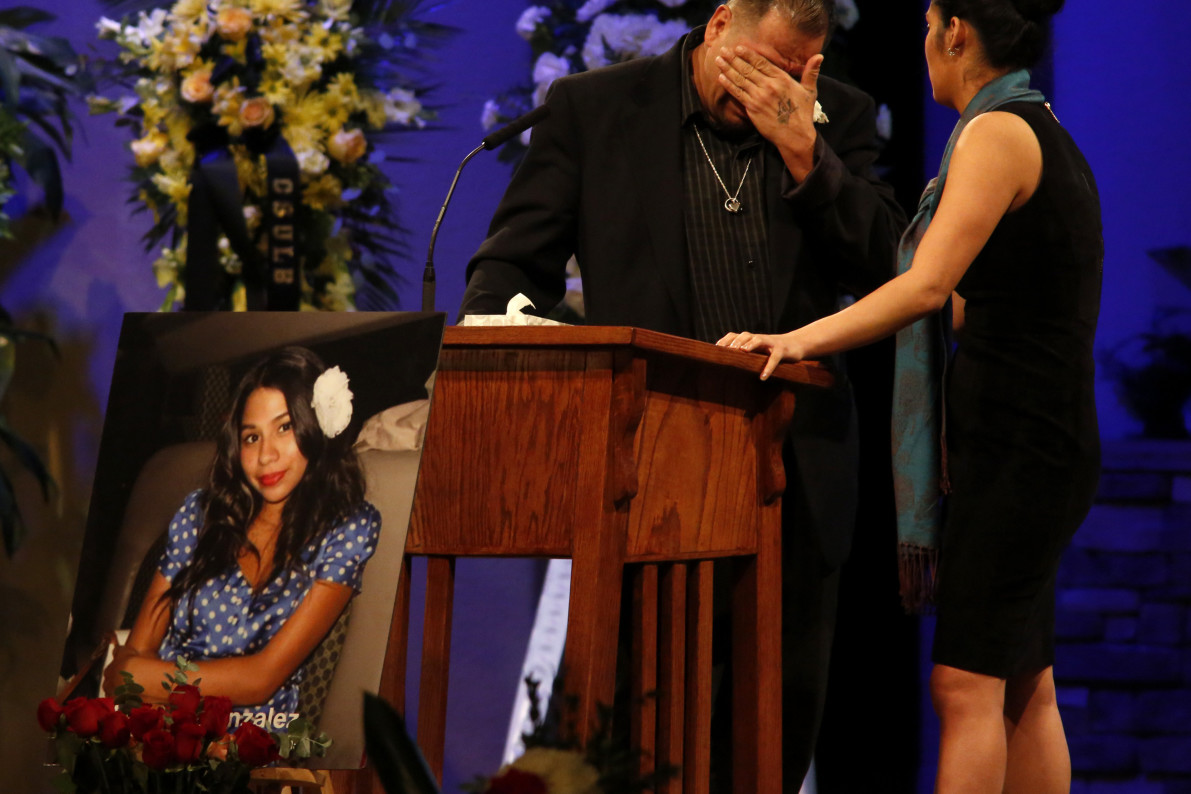 Reynaldo Gonzalez breaks down at his daughter's funeral in December. — Getty Images
By Sarah Lynch
Jun 16, 2016 at 7:10 AM ET

Reynaldo Gonzalez, the father of a 23-year-old woman killed in the November Paris attacks, filed a lawsuit in the U.S. District Court in the Northern District of California this week claiming that Google, Twitter, and Facebook provided “material support” that was “instrumental to the rise of ISIS.”

Court document say such support “has enabled (ISIS) to carry out numerous terrorist attacks, including the Nov. 13, 2015, attacks in Paris where more than 125 were killed, including Nohemi Gonzalez,” Reynaldo’s daughter, CBS Los Angeles reports.

Nohemi was from El Monte, California and was the only American who died when attackers struck the heart of the French capital, targeting restaurants and cafes, a music venue, and France’s national soccer stadium. ISIS claimed responsibility for the violence, which killed a total of 130 people.

“Without defendants Twitter, Facebook and Google (YouTube), the explosive growth of ISIS over the last few years into the most-feared terrorist group in the world would not have been possible,” the lawsuit says, according to CBS Los Angeles. It argues the tech companies “knowingly permitted” ISIS to recruit militants, spread propaganda and raise funds on their sites, CBS News reports. The Islamic State had about 70,000 accounts on Twitter as of December 2014, the lawsuit claims. “As with Twitter, ISIS has used Google (YouTube) and Facebook in a similar manner,” a court document reportedly says.

In an emailed statement to USA Today, Twitter said it “strongly condemns the ongoing acts of violence for which ISIS claims credit.” “We have partnered with others in industry, NGOs and governments to find better ways to combat the online manifestations of the larger societal problem at the core of violent extremism,” Twitter said. “As we stated earlier this year, violent threats and the promotion of terrorism deserve no place on Twitter and, like other social networks, our rules make that clear.”

Facebook also told the paper: “There is no place for terrorists or content that promotes or supports terrorism” on its site. The company said it works aggressively to remove such content as soon as it becomes aware of it, USA Today reports. “Anyone can report terrorist accounts or content to us, and our global team responds to these reports quickly around the clock. If we see evidence of a threat of imminent harm or a terror attack, we reach out to law enforcement,” Facebook said.

Google said it has “clear policies prohibiting terrorist recruitment and content intending to incite violence and quickly remove videos violating these policies when flagged by our users,” CBS News reported.

Tech companies have made efforts to remove violent content from their sites. Twitter said in a blog post earlier this year it removed 125,000 accounts for promoting terrorism.