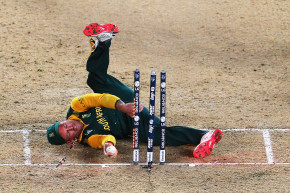 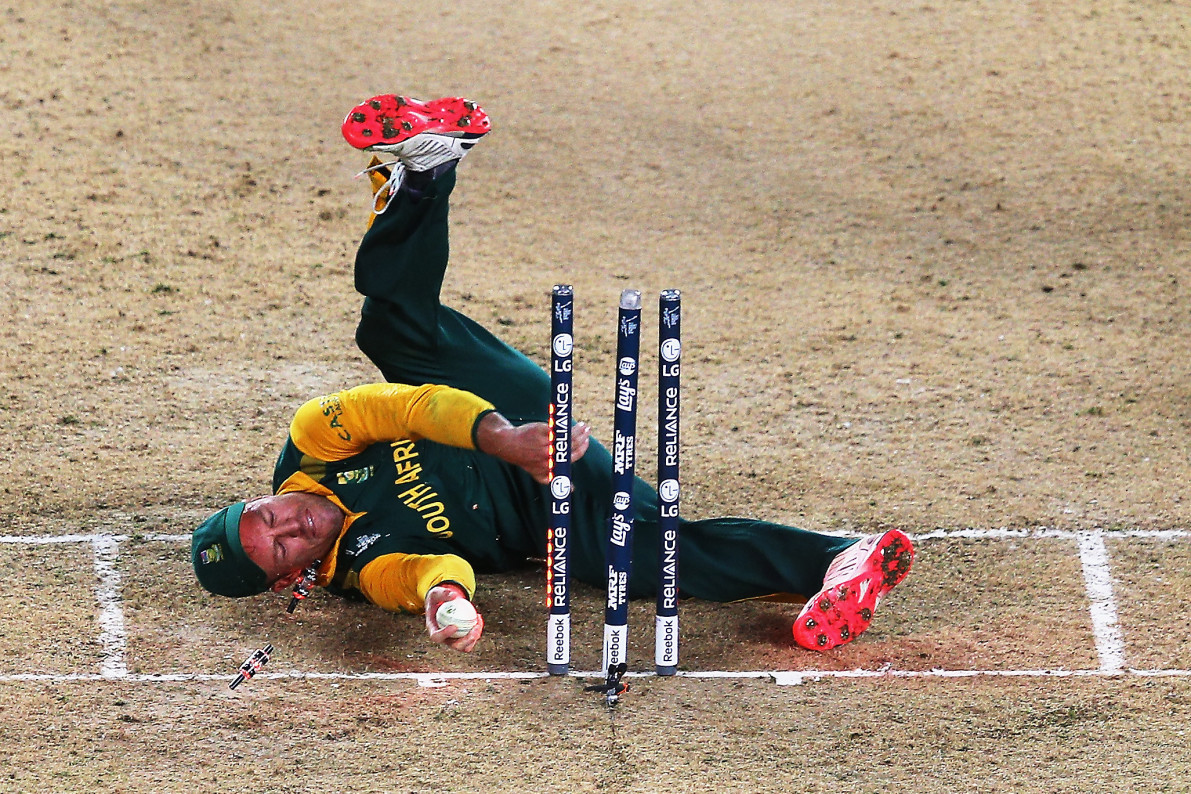 With no clock to expire or baseball-style lineup to churn over, cricket players can bat for a seeming eternity, so long as they continue protecting the wicket. Each out is priceless.

South Africa’s AB de Villiers is one of the best batsmen in the world, and opponents get few opportunities to retire him. In a match on Sunday, Australian’s Josh Hazlewood clean bowled de Villiers—meaning the ball struck the wicket without touching the bat—for a key out in an eventual Aussie victory.

Scandal arose, however, when the play was reviewed by the automated Hawk-Eye system, which uses six high-speed, 340-frame-per-second cameras to track the ball and, in instances where there’s an obstruction (such as hitting the batsman), to predict its trajectory. Even though there is no doubt that the ball hit the wicket—something plainly visible by all—Hawk-Eye projected a course in which the ball would have sailed just high of the wickets.

This is of vital importance in the sport because of the magnitude of each out and because a common way of getting outs is an LBW, meaning Leg Before Wicket. If a player stops the ball with his leg pad when an unimpeded ball would have struck the wickets—and Hawk-Eye is used to help corroborate the umpire’s call—then he or she is out.

Compounding matters: the International Cricket Council recently recommended putting more faith in the Sony-owned Hawk-Eye which, incidentally, is the same system determining whether tennis boundary calls are made correctly. Because there is a stated 5 mm margin for error with the computerized system—and the developer has acknowledged instances in which that can double to 1 cm—the ICC has determined that an umpire’s call can only be overturned if Hawk-Eye shows that more than half the ball would have needed to strike the wicket stump. (A cricket ball’s diameter is around 7.2 cm.) CricInfo recently reported that the ICC has suggested reducing that 50 percent margin down to 25 percent, or a quarter of the ball.

Now, all of a sudden, some folks are questioning the system’s validity when a clear, naked-eye strike doesn’t appear on the virtual system. If not Hawk-Eye, who can you trust?

Hawk-Eye creator Paul Hawkins, who has a Ph.D. in artificial intelligence, has said that his system has made four mistakes in the last eight years, a success rate that exceeds 99.5 percent. A newer version of his technology, UltraEdge, combines audio, heat, and vision syncing for further accuracy, as the sound and friction of contact can also be determined in addition to the sight of a collision; researchers at M.I.T. tested this new program and approved its use.

Cricket is a sport deep in tradition—its five-day test matches include periodic tea breaks—so detractors of this system remain, but overwhelmingly the data shows this system is better than the naked-eye. There may be a mistake every other year, but that sure beats the alternative: full trust in guesses made by men wearing white sun hats.