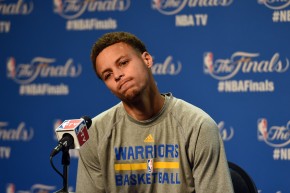 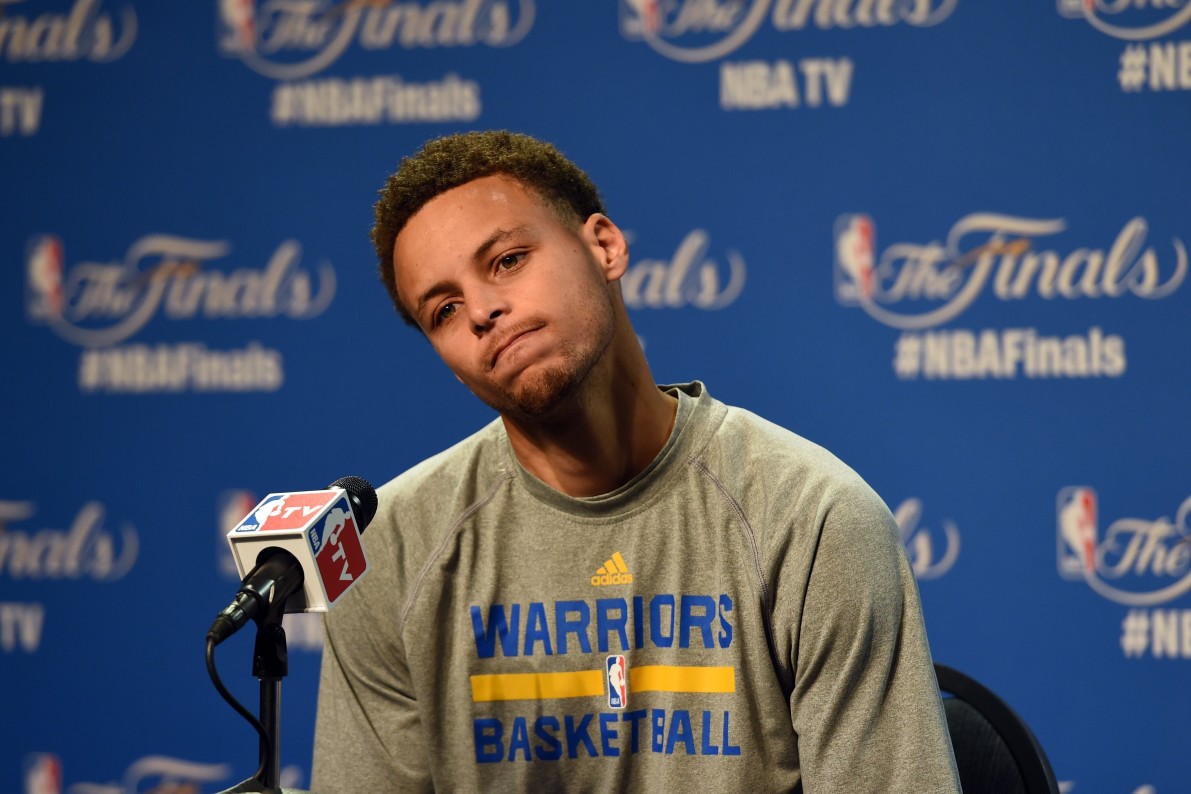 If you’re not the world’s most devoted, worshipful Steph Curry fan, a rapper named Lil Boom has recorded the perfect anthem to crank at full volume: a diss track titled “Fuck Steph Curry.”

Last night, the track reached number three on Spotify’s Viral-50—the streaming service’s metric that tracks multiple data points, including total downloads, the number of times a song is played, added to playlists, and shared to determine what the kids are listening to. But after a quick write up from Deadspin last night, Lil Boom’s tune is really gaining steam, positioned firmly in second and gunning for that number one spot.

Yes, the Golden State Warriors game five drubbing, 112-97, might’ve given the song a bit of a boost as well, especially if Curry’s mediocre 8-21 shooting made you want to revel in Lil Boom’s homophobic and sexist lyrics, in which he references the Illuminati, calls Curry a “Lightskin bitch, pussy ass bitch,” and tops it all off by saying Riley Curry is “ugly as fuck.” The track was recorded back in May, and as of this writing, it’s racked up 1.19 million plays on SoundCloud. He has since recorded an extended version and a follow up titled, appropriately enough, “Fuck Steph Curry 2 (prod. TayFuego).”

So who is this fine lyrical poet, Lil Boom? On his SoundCloud page, he says he’s either from or currently living in “West Orlando.” He’s dropped 20 songs so far, including an EP titled, “Who Is Lil Boom?” As the Inverse noted, in an interview on TwitchTV with DJ Akademiks, Lil Boom insisted he wasn’t a “diss rapper,” nor would he be recording a video for “Fuck Steph Curry” because he doesn’t want to be perceived as “a troll.” Further, his now-viral hit was only birthed into the world due to a technical screw-up on his part.

“It wasn’t supposed to be a song,” said Lil Boom. “I had got my own laptop and mic. I was on on my bed, and wanted to see how it worked on my autotune…I made that ‘Fuck Steph Curry’ song in one take, on my bed. I had the record button by accident, trying to press play.”

Over the weekend he also spit a few bars about Caillou, adding this note on SoundCloud: “gang gang. yung god gav eme the based powers.” (In case you don’t have any children, Caillou is an educational cartoon about an adorbs four-year old French-Canadian boy who digs rockets and whatnot.)

And while Lil Boom explained at genius.com that “[Fuck Steph Curry] is dedicated to Stephen Curry. Its about how much of a bitch ass, fuck ass nigga he really is,” he also wanted to make it perfectly clear that, “THIS IS A FAKE DISS TRACK. THIS IS ALL FOR FUN.”

That said, after last night’s game, he kept it real.