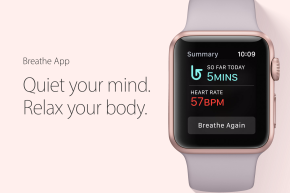 Apple Is Worried About How Stressed Out You Are

And the tech giant has created an app to fix that 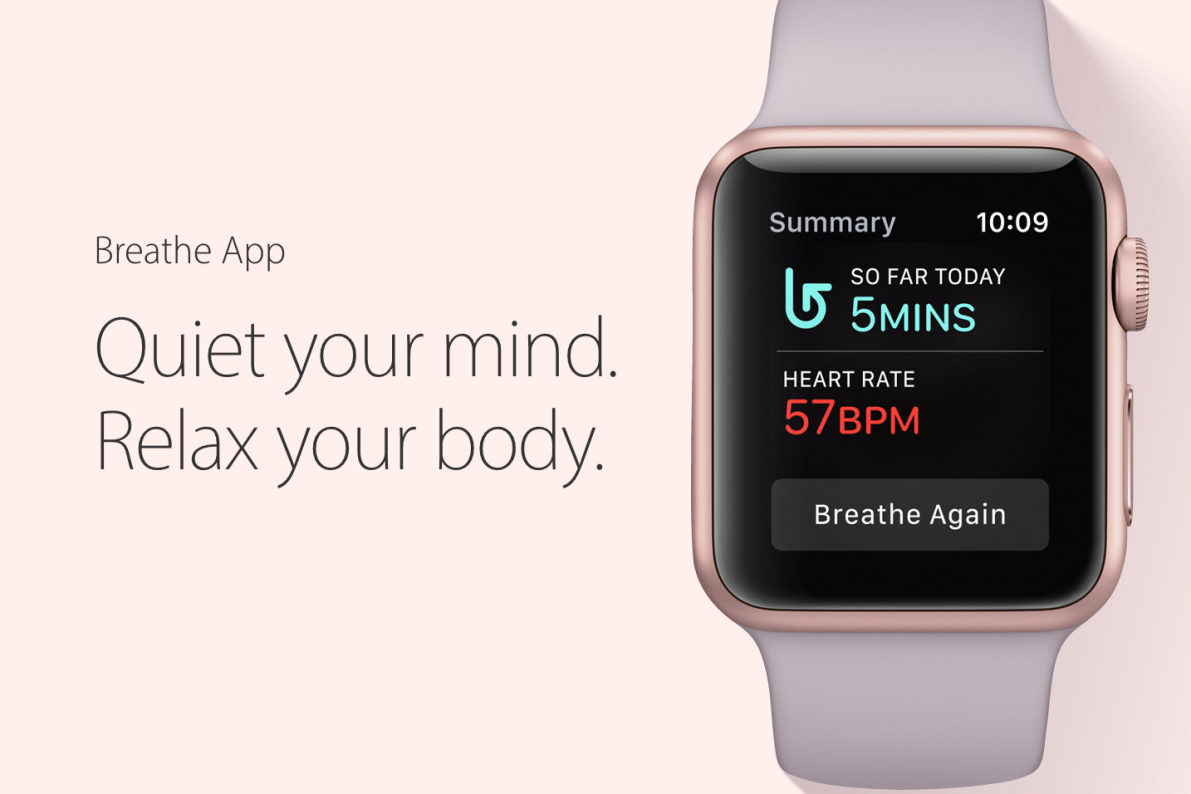 The new Apple Watch will include the Breathe app — Screencap from Apple's web site
By Alexandra Ossola
Jun 13, 2016 at 6:43 PM ET

The third iteration of the Apple Watch, unveiled today at the company’s Worldwide Developer Conference (WWDC), will have a number of new apps focused on health, allowing it to compete more directly with wearables like Fitbit. Its new Activity app will help athletes share results with their friends; another is specially designed to track the activity of athletes bound to wheelchairs.

But, as Jay Blahnik, Apple’s director of fitness and health technologies said in his presentation today, there’s more to health than fitness.

The new Breathe app is designed to help stressed-out users relax. Several times throughout the day, the app will ping the user, saying it’s time to take a minute to breathe. The user can hit the snooze button, so the reminder comes back later if they’re in the middle of something, or they can start the exercises then. Using animations and vibrations, the app then guides the user through deep breathing exercises that last between one and five minutes. The watch detects the user’s heart rate, which shows up on the screen, to see how the exercises are working.

Deep breathing isn’t a new technique—it’s been incorporated into millennia-old practices like meditation and yoga. Although a quote from Deepak Chopra, who Gizmodo calls a “noted bullshitter,” was included in Blahnik’s presentation, the science backing up the benefits of breathing exercises is rock solid. Over the past few decades, multiple studies have shown that deep breathing can help ease symptoms of mental illnesses such as anxiety, stress, and depression, as well as physiological ailments such as pain (even during childbirth) and recovery after heart surgery.

“You can influence asthma; you can influence chronic obstructive pulmonary disease; you can influence heart failure,” Mladen Golubic, an internist at the Cleveland Clinic’s Center for Integrative Medicine, told NPR. “There are studies that show that people who practice breathing exercises and have those conditions — they benefit.”

Here’s the thing, though—if you’re stressed about doing your exercises right, or if some digital system repeatedly diverts your attention while you’re occupied with something else, then there’s no point.

But for Apple Watch users who could use a little mental health break throughout the day, this app might just be a game changer.