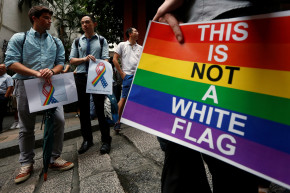 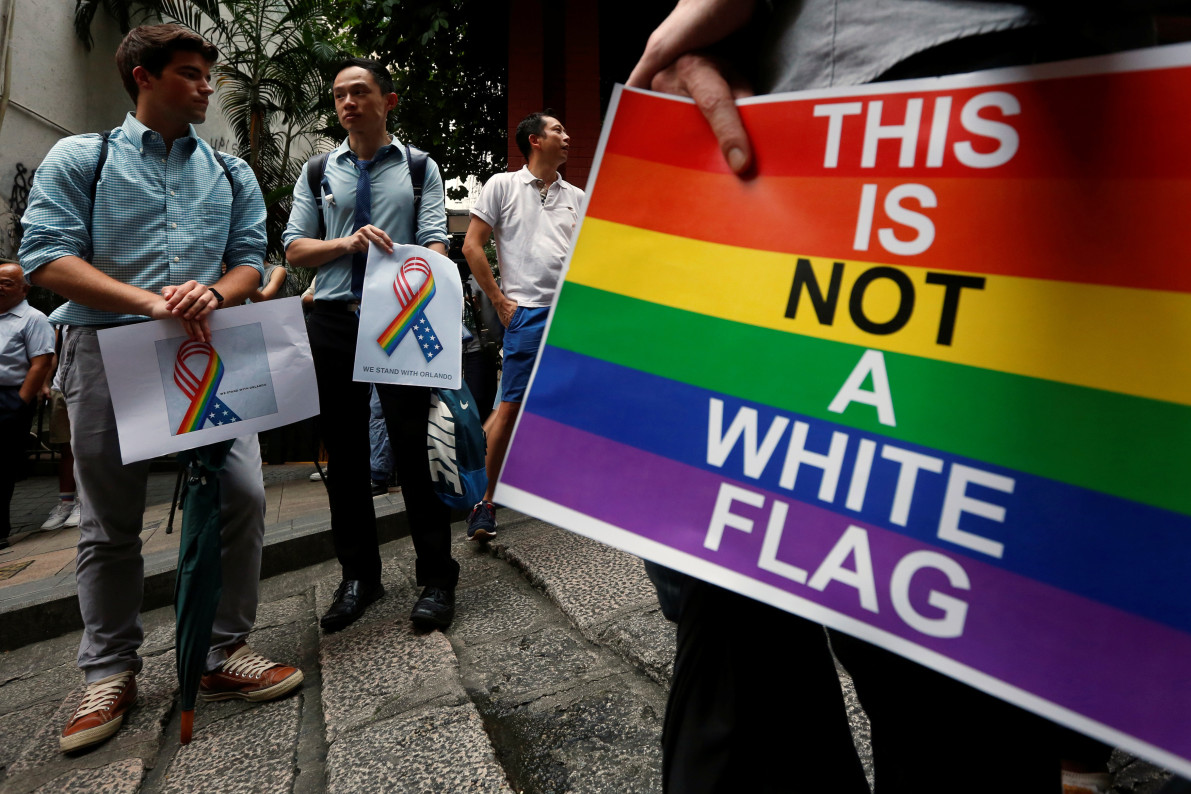 People hold a gathering to mourn victims of the Orlando mass shooting. — REUTERS
By Sara Morrison
Jun 13, 2016 at 4:23 PM ET

Sunday’s mass shooting in Orlando—the worst in this country’s history—re-introduced many people to the horrors of gun violence and homophobia. But for another group, it simply reaffirmed its belief that what we need is more guns.

Meet Pink Pistols, a gun rights group that wants to encourage LGBT people to carry arms. (“Armed queers don’t get bashed,” according to its “about” page.) Hours after Omar Mateen opened fire on a club full of people, killing 49 and wounding 53, Pink Pistols released a statement that said the group is “saddened,” but believes that blaming Mateen’s guns is “low-hanging fruit.”

“Let us stay focused on the fact that someone hated gay people so much they were ready to kill or injure so many,” Pink Pistols spokesperson Gwendolyn Patton said. “A human being did this. The human being’s tools are unimportant when compared to the bleakness of that person’s soul. I say again, GUNS did not do this. A human being did this, a dead human being. Our job now is not to demonize the man’s tools, but to condemn his acts and work to prevent such acts in the future.”

The statement then went on to suggest that instead of banning firearms from places that serve alcohol, there should be a “designated carrier” for such weapons who does not drink.

But the statement did not mention that there was at least one armed person at the club besides Mateen: A uniformed police officer who was working as security for the club exchanged fire with Mateen but was not able to stop him, according to the Orlando Sentinel. Nor did it estimate how many people would have been killed if everyone in the club just pulled out a weapon and began firing into the crowd when Mateen did, or how few people would have been killed if Mateen was armed with a knife instead of an AR-15 assault rifle and a handgun, if any. Vocativ asked Pink Pistols about this, and also why anyone would need an AR-15 for self-defense.

Pink Pistols did not respond by press time.