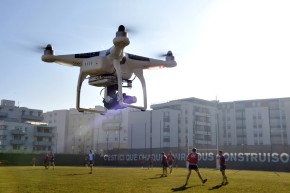 A pair of students have rigged up the first water delivery drone for sports. Welcome to the future 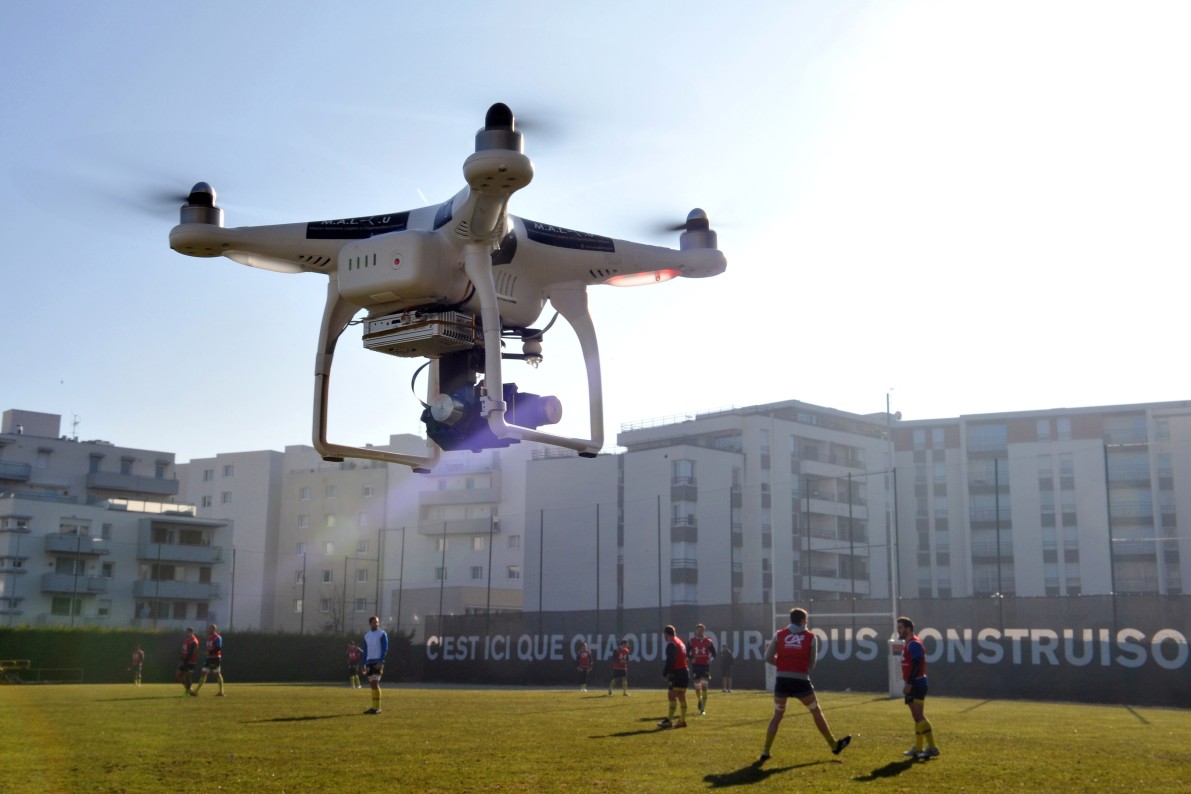 Ah Drones, our friendly neighborhood, whizzing, flying robot buddies. Think of all the wondrous uses we’ve found for this modern marvel. They’ll race and/or battle one another for our entertainment; in the near future, they’ll bring us all of the crap we buy online; they’re a nifty tool for snapping creative selfies (just ask Martha Stewart); and they’re great for murdering lots of humans, particularly if you don’t want to risk sending another human being into a foreign land.

But enterprising students from the Design and Innovation Program at La Jolla Country Day School may have come up with the silliest—by their own admission—use for drones yet: replacing the trusty old sideline water bottle.

You see, the La Jolla Country Day athletic department wanted to figure out a way to ensure that players were gulping down enough water during games. For the kids that were nailed to the pine, it wasn’t really an issue. For the starters, though, it remained a nagging concern.

“There was an abundance of water on the sidelines,” Andrew Smith, a senior and one of the Hydrone’s creators, told NBC San Diego. “The bench players could drink as much water as they needed to. The players on the field that were actually doing the hard work had no way to get water immediately.”

So, with a helping hand from Camelbak, a company that describes itself as “the originator and world leader in hands-free hydration systems,” they went straight to the drawing board, tossing out ultimately rejected plans for a cannon that would blast water bottles all over the field and a wearable shirt that would contain packets of water, a technological step or two away from the urine-recycling Stillsuit worn by the Fremen in Frank Herbert’s “Dune.”

Smith’s eureka moment came when he realized that they could slap a water bottle on to a drone with a handy-dandy hose attached to “let the athlete drink from it directly,” he said. Lest you worry that exhausted athletes grabbing at drones might accidentally lead to a horrific accident in which sweaty, fumbling fingers are sliced clean off, they’ve got propeller covers already installed and “We have a system where, if you pull too hard on the hose, the hose just detaches and the drone won’t come crashing down on you.”

For now, it’s only being used on practice fields, given that they still haven’t figured out how to ensure that it’s capable of knifing across the field on a particularly blustery, stormy day, though Smith is confident that the Hydrone will eventually be able to handle inclement weather. “With automatic stabilizers in the flight computer for the drone it could easily combat sudden gusts of wind,” he said.

But Smith and his fellow co-inventor, Tomas Miralles, are getting a patent slapped on the Hydrone tout de suite, even if CamelBak isn’t ready to go into full production mode yet. Most importantly, the Hydrone netted the pair an A in class.