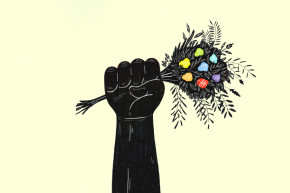 In the face of hate, Twitter users are coming out about their identities and sharing messages of support 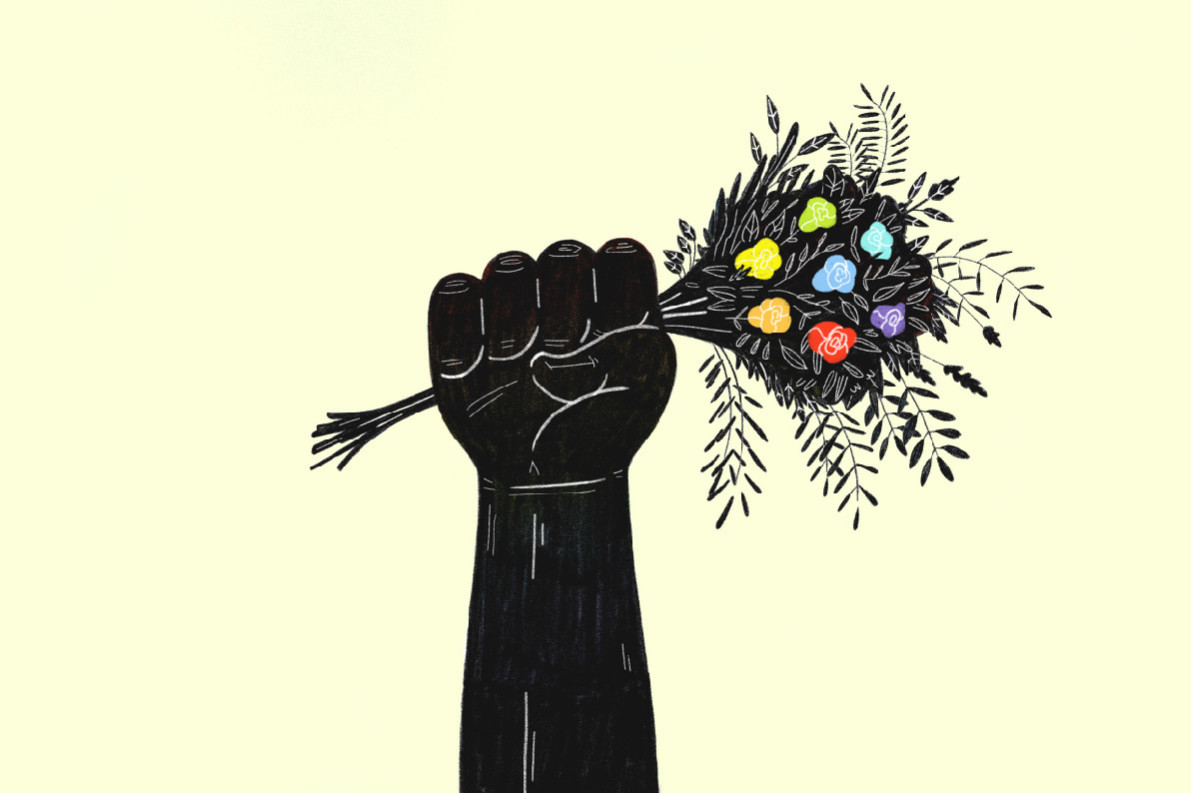 After the deadliest mass shooting in U.S. history, members of the LGBT community are speaking out about the attack, which targeted a popular gay club in Orlando on a weekend night. The massacre lasted for three hours, leaving 49 dead and another 53 wounded.

The gunman was a 29-year-old security guard who had pledged allegiance to ISIS during the attack, though those close to him described his actions as having “nothing to do with religion,” noting that he was mentally unstable and homophobic, having recently been repulsed by two men he had observed kissing in Miami. According to a former coworker, the shooter openly hated gay people, women, Jews, and black people, and frequently used racial, ethnic, and sexual slurs.

“This is an especially heartbreaking day for all our friends—our fellow Americans—who are lesbian, gay, bisexual or transgender,” President Obama said in an address on Sunday. “The shooter targeted a nightclub where people came together to be with friends, to dance and to sing, and to live.”

In response, LGBT men and women and allies have taken to the internet to respond to the tragedy using hashtags like #LoveWins, #GaysBreakTheInternet, and #QueerAndStillHere to post selfies and words of compassion, and to send a message to homophobes that they will not be silenced. Some took it even further, publicly speaking out about their sexuality in direct response to the events of Sunday. In a surprising move, conservative blogger Jim Hoft wrote about his sexuality for the first time in a blog post, while young people took to social media to come out following the tragedy, such as Bay De Angelis, a 19-year-old model from England.

because after today i want to properly come out.

i'm gay and we all deserve a life #GaysBreakTheInternet pic.twitter.com/0lKSp8ZGnA

“I was following the news about Orlando yesterday and it hit me really hard,” he said. “The reason I tweeted what I did was because after hearing about it and just being so blindsided by it that I became more proud than ever of who I am. I wanted to share my support by announcing that I was part of that community.”

As a model with a sizeable Twitter following, De Angelis said that he received hundreds of messages of support from all over the world. Prior to yesterday, De Angelis had been struggling with the idea of fully coming out as a gay man, having only told several people close to him that he was bisexual about a year ago.

De Angelis was not alone in his decision to seize this moment.

Ellie, an 18-year-old that runs a health and lifestyle Instagram account followed by over 19,000 people, also decided to come out publicly as bisexual following the news. While she had been planning to come out on Instagram for a while, the community reaction following the shooting propelled her to finally make it happen.

“The way the LGBTQIA+ community reacted to the tragedy reminded me how proud I am to be a part of it,” she told Vocativ in a Twitter message. “If there’s one thing we’re brilliant at it’s coming together and supporting each other through difficult times. So I was filled with pride and running off the strength of frustration and grief so I decided to go for it.”

Today, it’s not uncommon for LGBTQ youth to come out online before they choose to do so in real life, despite the type of vitriol they may receive for it in both their virtual and physical lives. Soon after the shooting, many noted the likelihood that those already scared to come out would become even more afraid. But both De Angelis and Ellie stated that they felt strongly in their drive to speak up. “My first reaction was to be scared, but then after a lot of thinking and reflection I thought, ‘You know what? It does a whole lot more damage to the people in this world that are hateful if we stand up and we’re strong and have courage.”

Similarly, Ellie said that she decided to post as an act of defiance.

“I think a lot of homophobes believe they can push people into denying themselves if they scare them enough, so this was my tiny contribution to fighting back against that, because I don’t want people to think they can push us backwards through fear, because at the end of the day our love and pride will always win out eventually,” she said.

Other people, already publicly out, turned to social in order to reach out to the members of the community they feared may be struggling in this time.

I know a few people who decided to come out today. Welcome to the family. We've got your back.

Elijah Daniel, a comedian and writer who amassed internet fame for writing a gay erotica book about Donald Trump last year, invited closeted teens to reach out if they needed to talk with someone. Hundreds of followers reached out with messages of their experience.

“I’m a queer Muslim teen in a predominantly Muslim country so coming out isn’t ever in the question but if I could, I wish I could’ve been as proud and open about it as you are,” one wrote.

literally hundreds of kids have come out to me tonight i am so honored but so sad this is still a thing we have to do. I love you all.

Feeling the same sense of online community, DeAngelis says that the response to his post from both friends and strangers that follow him on social media has been overwhelmingly positive.

“I never thought just one tweet would create all of this, but I’ve received tweets from people all over the world,” he said. “It’s an amazing community and I feel incredibly lucky to be a part of it. It’s made me want to be part of the community and stand up and talk about it.”