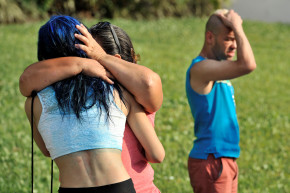 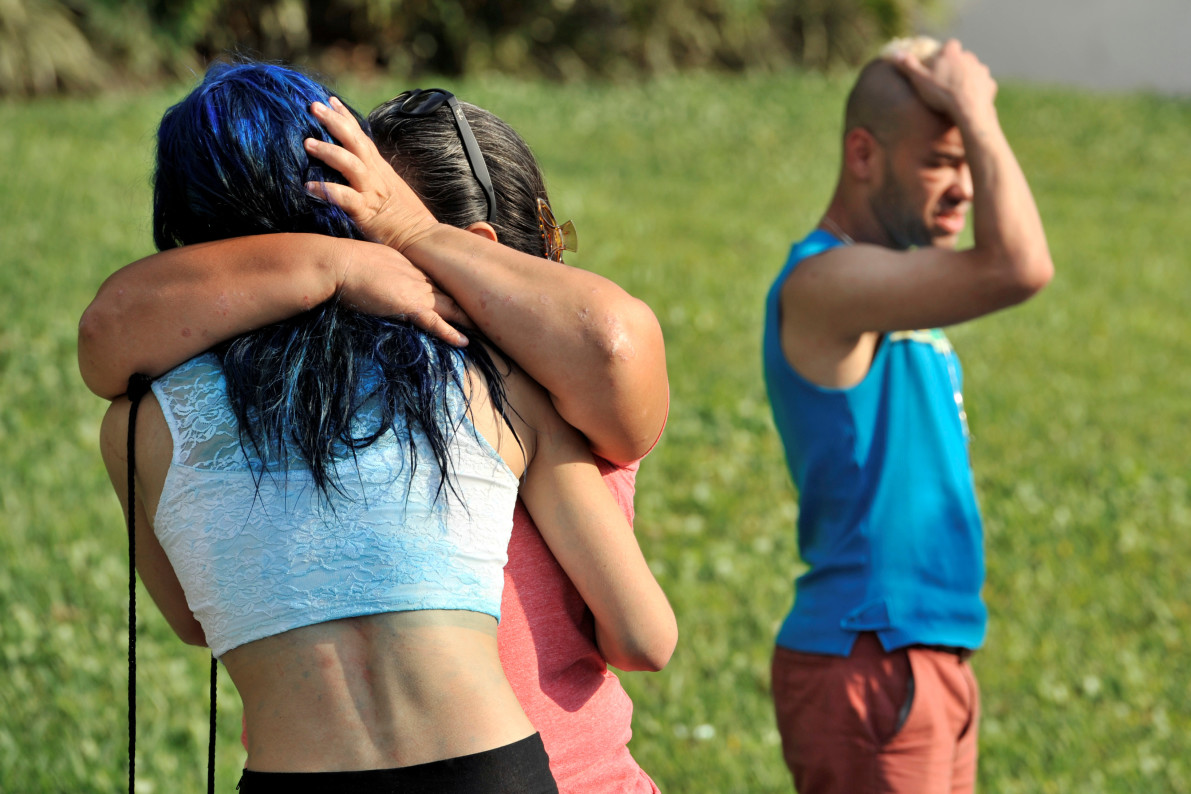 Friends and family members embrace outside the Orlando Police HQ. — REUTERS
By Brian Patrick Byrne
Jun 13, 2016 at 7:47 AM ET

A man who died in the worst mass shooting in U.S. history used his cell phone to tell his mother he loved her—and to cry for help.

Eddie Jamoldroy Justice, 30, was one of 50 people shot dead when gunman Omar Mateen opened fire at Pulse Orlando, a popular gay nightclub, early on Sunday morning. Justice was a “homebody” who worked as an accountant and lived in downtown Orlando, the Associated Press reported. Before he died, Justice sent his mother, Mina, a series of chilling messages as he hid in a women’s bathroom at the venue.

More Gun Owners Cling To Their AR-15s After Orlando Shooting

Justice started texting his mom at 2:06 a.m. on Sunday, minutes after Mateen started shooting. “Mommy I love you,” he wrote, and explained he was trapped in a bathroom at the nightclub as the attack unfolded, according to the AP. Mina, who had been in bed asleep, told her son she was calling 911. After about 30 minutes, Justice texted her again: “He’s coming. I’m gonna die.”

The messages came in as Mateen, a 29-year-old U.S. citizen, was armed with an AR-15 style assault rifle and a pistol, which he obtained legally in the “last few days,” according to an official. During the attack, Mateen called emergency services and pledged loyalty to Islamic State leader Abu Bakr al-Baghdadi before the attack. The shooting continued for roughly three hours before a police SWAT team killed Mateen, Reuters reported.

“He’s a terror [sic],” Justice wrote as he continued texting his mother during the shooting, according to the AP. His mother replied, “Is the man in the bathroom wit u [sic]?” At 2:50 a.m., Mina received one last reply from her son: “Yes.”

According to the Associated Press, she waited at least 15 hours without knowing whether or not Justice had survived. Justice’s name later appeared on a list of deceased victims that the City of Orlando released.

Names and details about the other victims in Sunday’s attack continued to emerge early on Monday, as did information about the shooter. Before Sunday’s massacre, the FBI had questioned Mateen twice for suspected links to terrorism, according to multiple reports. Mateen first came to their attention in 2013 when co-workers reported him for alleging he had possible ties to terrorists, including the Boston bombers. In 2014, the FBI probed him a second time after he was suspected to have been in contact with Moner Mohammad Abu-Salha, the first known U.S. suicide bomber in Syria. On both occasions, authorities could not confirm any ties to radicalism.

While the Islamic State described Mateen on Monday as “one of the Caliphate soldiers in America,” the AP reports that authorities are wondering if the violence really was in fact linked to terrorism. The son of Afghan immigrants, Mateen was born in New York but lived in Fort Pierce, Florida. He worked as an armed security guard, was previously married, and had a son with another woman, The Washington Post reported. A former co-worker at G4S Secure Solutions, where Mateen had worked since 2007, described the gunman as “scary in a concerning way.” The co-worker, Daniel Gilroy, told NBC News: “He had anger management issues, but the things that would set him off were always women, race, or religion.”

A definitive motive for Sunday’s massacre, however, remains unclear. Earlier on Sunday, Mateen’s father Seddique said the gunman “got very angry” when he saw “two men kissing each other” on two occasions recently in Miami, NBC News reported. Sitora Yusifiy, who was married to Mateen for four months in 2009, claimed he routinely beat her and “had a history with steroids,” The Guardian reported.