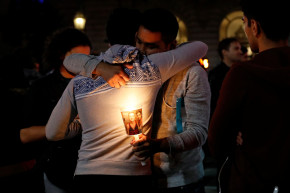 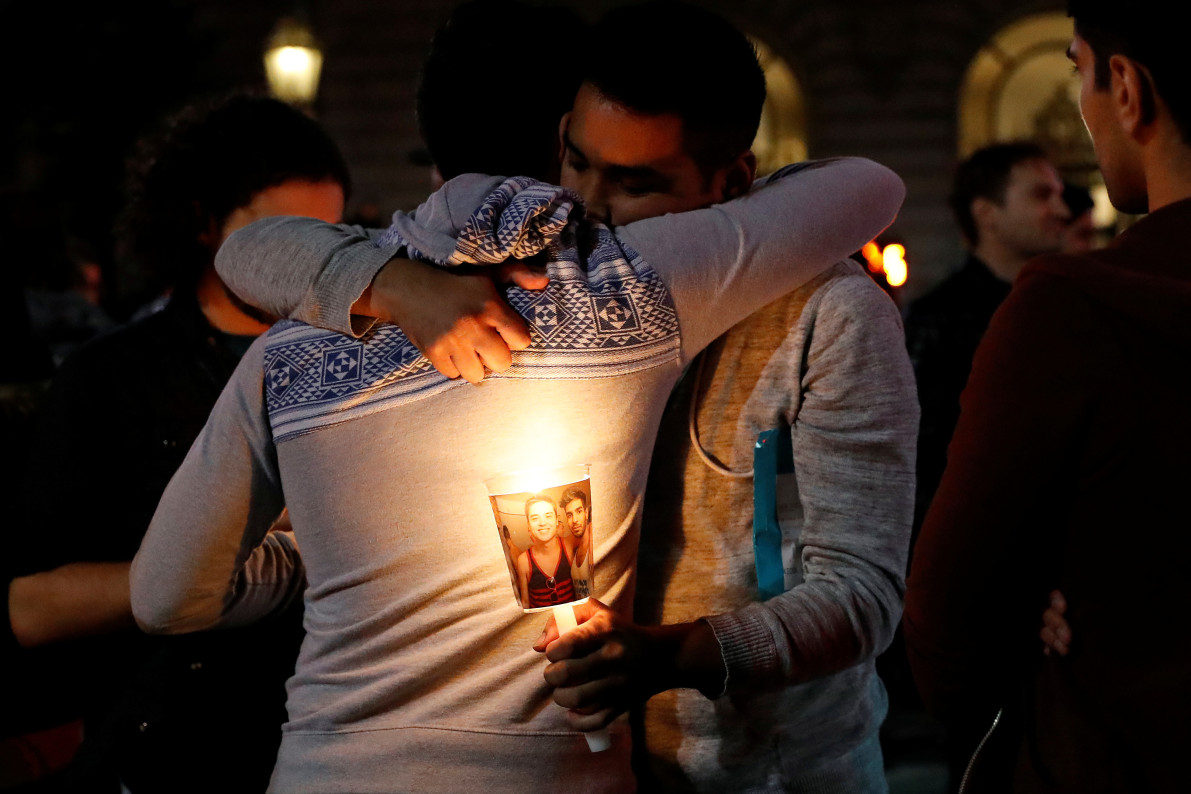 People attend a candlelight vigil in San Francisco. — REUTERS
By Gilad Shiloach and Amit Weiss
Jun 13, 2016 at 6:48 AM ET

As the U.S. mourns the victims of the deadliest mass shooting in the country’s history, ISIS loyalists are trying to justify the massacre with Islamic traditions and Koranic verses that they believe permit the killing of LGBT people.

Since ISIS said on Sunday its “soldier” was the gunman who shot and killed 50 people at a gay nightclub in Orlando, dozens of the terror group’s supporters on Twitter and the messaging app Telegram have circulated a story from the Koran about the people of the prophet Loot from the cities of Sodom and Gomorrah who, according to the Koran, invented the practice of homosexuality. They also quoted a hadith—an account of what the Muslim prophet Muhammad said and did during his lifetime—that refers to the story. They believe it allows for the killing of homosexuals.

The hadith reads, “The Prophet (peace and blessings of Allah be upon him) said: ‘Whoever you find doing the deed of the people of Loot, kill the one who does it and the one to whom it is done.'”

Several ISIS supporters tweeted the phrase and used it to show support for the attack that killed 50 people early on Sunday, Vocativ discovered. “The place that was hit by the lone wolf today in Orlando is a place where the deed of the people of Loot was being done, and the punishment from the Islamic State is clear,” someone wrote on a pro-ISIS Telegram group. Another ISIS supporter tweeted that “those who did as the people of Loot did should be killed,” adding: “it is permitted to kill the gays who were killed in the #OrlandoBombing.” (It’s unclear why the social media user—like others who support ISIS—referred to the shooting in Orlando as a bombing.)

In its daily news bulletin on Monday, ISIS also mentioned the story about the people of Loot in a statement on Sunday’s shooting. “The brother Omar Mateen, one of the Caliphate soldiers in America, has carried out an attack and was able to enter a gathering of Crusaders in a nightclub of the adherents of the people of Loot in Orlando, Florida,” the terror group said. “God allowed him to smash the filthy Crusaders, killing and wounding more than 100 of them.”

The shooter’s precise motive for Sunday’s attack, however, remains unclear, and it is unknown if the gunman, identified as Omar Mateen, carried out the attack for the same reasons that ISIS adherents used to try to justify it. “This was an act of terror, and an act of hate,” President Obama said on Sunday.

The chatter among ISIS and its supporters was part of a broader discussion taking place on social media among some Arabic-speaking users who showed support for Sunday’s violence. More than 700 tweets mentioned the term “The People of Loot” from Sunday morning to early Monday, Vocativ found using our technology. Some of those backing the attack identified themselves online as Muslims, saying, “as a Muslim I cannot believe those who express acceptance and solidarity with the gays! The story about the People of Loot was mentioned more than once in the Koran.” Others who also didn’t show any clear links to ISIS supported the attack, saying this is the result of the “wrath of God.”

In the U.S., Muslims across the nation responded to the massacre by raising thousands of dollars for the victims’ families. The Council on American-Islamic Relations also condemned the shooting. “We condemn this monstrous attack and offer our heartfelt condolences to the families and loved ones of all those killed or injured,” the Florida chapter of the organization said in a statement, according to the Los Angeles Times. “The Muslim community joins our fellow Americans in repudiating anyone or any group that would claim to justify or excuse such an appalling act of violence.”