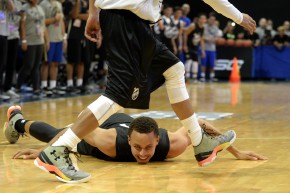 Dear God, someone stop the flaming of Stephen Curry's shoes! They're already dead! 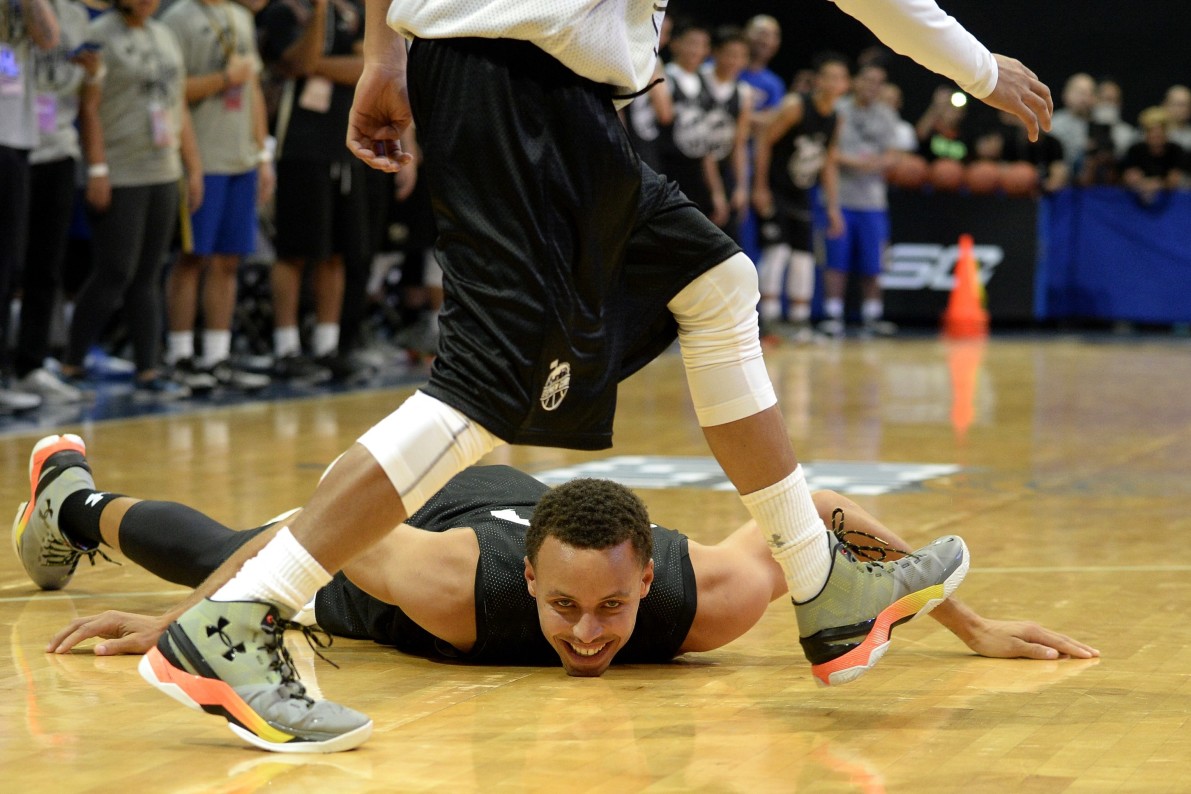 In the annals of Weird Twitter, few moments can rival the gut-busting, I’m literally Rolling Around On The Floor And Laughing My Ass Off as opposed to just typing acronyms hilarity of Jon Hendren/@fart‘s shoes.

See, way back on February 20, 2015 Hendren casually tweeted that he’d acquired a truly ugly pair of kicks, and by jeezum crow, he was going to wear them.

I don't remember buying these gaudy mother fuckin shoes but am i gonna wear em? you bet your ass pic.twitter.com/jOWNWYaxin

For the next eight months—yes, eight—the shoes were rightfully and mercilessly savaged by fellow Twitter denizens @Arr and @weed420guyboner, and as dogpiles go, it was glorious. Seriously, if you missed this instance where Twitter was actually put to a good and noble use, Vocativ strongly encourages you to plow through the pages and pages of comedic brilliance.

Which brings us to Stephen Curry. Yesterday, Under Armour launched a new color variation on his signature sneaker, the Curry Two Low “Chef” and… well, that’s one “Dad Spending a Weekend Going to Home Depot, Maybe Hitting up Bed Bath & Beyond”-looking pair of shoes.

Over the course of Thursday, as more and more bien pensant Twitter users got a peep at Curry’s normcore kicks, ones that certainly align with Curry’s squeaky-clean, church-attending public image, they went the full Hendren.

That overhead shot became the predominant image, if only because it looks like they’ve just been taken out of a suburban closet to go attend a Spin Cycle class and get in some cardio, given how much they paid up front for a year’s gym membership.

"Let me tell how good Hamilton was" 4s pic.twitter.com/s2dRr6QBqP

THE "PROSTATE EXAM" 7'S ARE LIMITED RELEASE & U *MUST* SIGN UP FOR THE LOTTERY VIA YOUR AARP APP. GOOD LUCK! pic.twitter.com/RJVAB5MKZs

The bathtubs in that Cialis ad pic.twitter.com/gSIpB7nicm

And then there are those that went the extra mile, cranking up Photoshop to note that Steph Curry’s shoes have been deeply embedded in our national consciousness, perhaps for longer than we realized.

Did we get a Crying Jordan or two? It’s no Bryce Wood, but yeah, Curry took the L.

The Sick Burns were still rolling in unabated as of Friday morning, but if nothing else, the meme-fication of Steph’s Shoes provided Under Armour with a cost-free ex-post facto focus group. And the verdict is, these shoes blow. This verdict makes sense since Under Armour is a performance first athletic apparel company that become a Nike-challenging juggernaut by making products that appeal to actual athletes and fitness enthusiasts. The Curry Two Lows are top-flight performance sneakers, but maybe this is the sign Under Armour needed to start thinking about how to make their shoes not look like they belong in a closet next to a pile of stone-washed jeans.

Vocativ reached out to Under Armour to see if they wished to comment on how deeply their signature endorser’s product got owned, but they did not reply prior to publication.