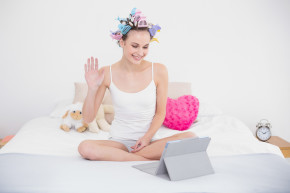 It’s Official: Video Chatting In Your Underwear Is Fine
By Cassie Murdoch

It’s Official: Video Chatting In Your Underwear Is Fine 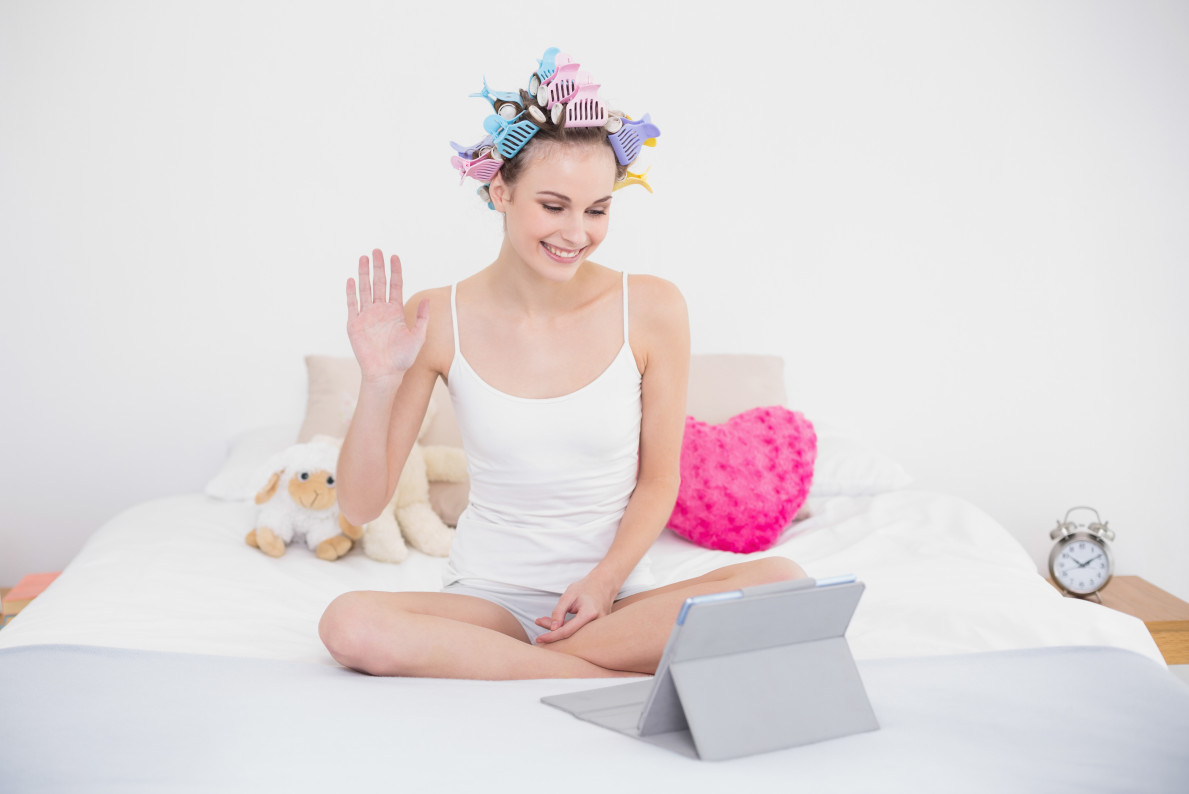 It’s a trick newscasters have been employing for decades: wearing a suit on top and something casual on the bottom. After all, why worry about what you’ve got on below the waist when nobody is going to see it? A new survey reveals that more and more people are taking the same approach to video calls.

The survey, which was conducted by Zogby Analytics, found that one in ten people admitted that they’d done a video call while not wearing underwear, pants, or a bra. That is some very strategic laziness.

On the flip side, it turns out many people actually go in the other direction. In fact, almost half of people said they were more worried about how they looked on hangouts than about what they were saying. And one third spend more time getting themselves looking good than they do preparing for what they’re going to say.

On-camera insecurity definitely seems to be an issue of age. Some 57 percent of workers born after 1980 said they were fine being on video calls, but only 32 percent of people age 35 to 54 said they didn’t mind being on screen. And those 55 to 69 were especially shy, with just 17 percent comfortable in front of the camera. Perhaps that explains why of the younger people surveyed, 30 percent said they’d worn pajamas on video conferences. If we continue at this pace, we’ll be an all-sweats workforce in just a few short years.

The funny thing is that while we’re worried about our own appearance, we don’t really care much how our coworkers look in these meetings. The majority of people said “nothing” annoyed them about other participants in video conferences. For those that did take issue, it had much more to do with how people acted than what they were wearing or how their hair was styled.

So the next time you find yourself bored during a Google Hangout try contemplating which of your colleagues is secretly sitting around in his or her underwear.