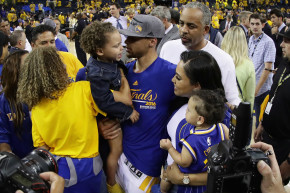 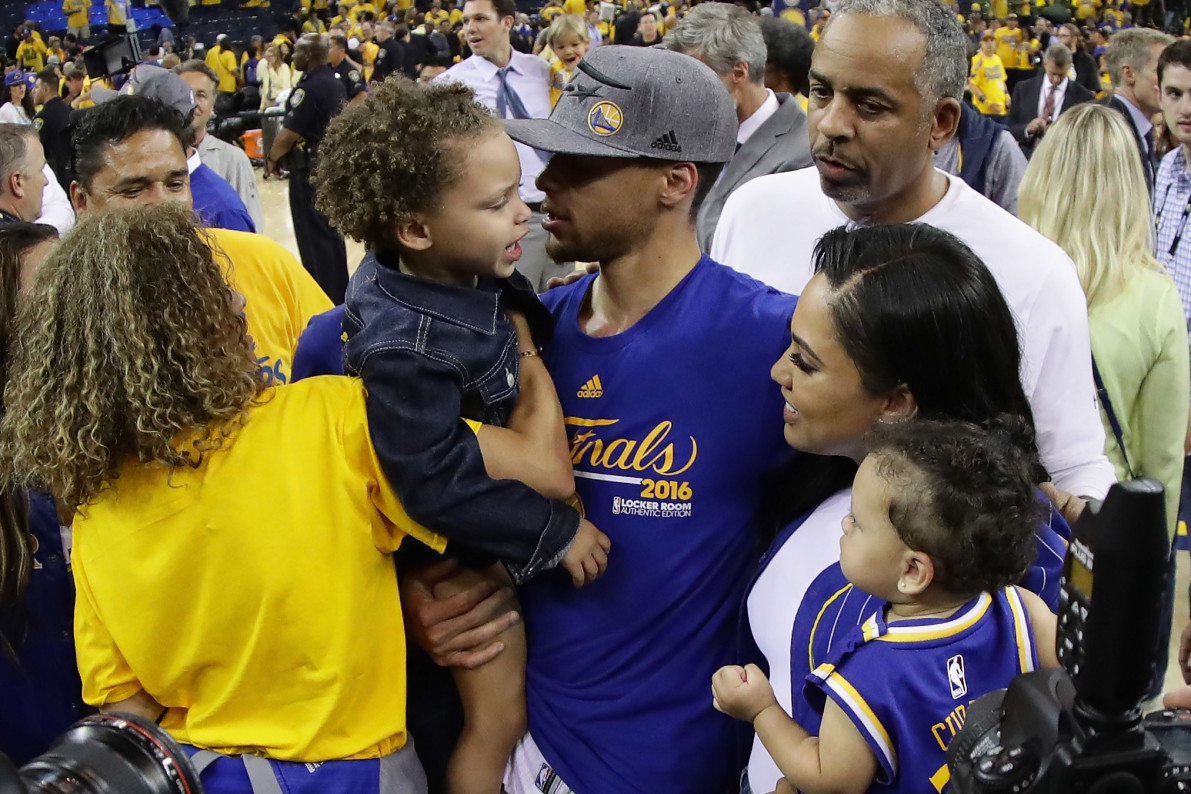 Stephen Curry with his wife Ayesha and daughters Riley and Ryan. — Getty Images
By Sara Morrison
Jun 10, 2016 at 10:01 AM ET

Twitter user @SoftCaramelKiss, who says his name is Moe Wahdan, responded to Curry’s sister Sydel’s tweet about heading to Cleveland to watch Game 3 of the NBA Championships with “you and your whole family get the fuck out of Cleveland and take Riley’s faggot ass with you,” managing to both use a homophobic slur and attack a child all within Twitter’s 140-character limit.

@sydelcurry @SoftCaramelKiss Real name AND job is on your profile. This kind of tweet has never backfired on anyone.

Yes, Wahdan forgot the cardinal rule of Twitter trolling: If you want to be a Twitter egg, you must stay a Twitter egg. Wahdan used his real name and photo, making it easy for others to track down his employer, which is also on Twitter:

Holton-Wise, a real estate company, did not name Wahdan employee of the month:

Life, as they say, comes at you fast.

Come check us out at the #Independence #Hondros
Career fair.#realestate… https://t.co/ROh2GvO1ri

Holton-Wise owner James Wise also tweeted a letter apologizing to the Curry family and anyone else who was offended by Wahdan’s “wildly inappropriate behavior.”

“We do not condone or tolerate hate speech of any kind, let alone hate speech that is directed towards a child,” Wise wrote. “Go CAVS!”

While some have argued that Wahdan’s tweets should be protected by the First Amendment, freedom of speech does not actually apply to private companies or employment status; It just keeps you out of jail. That’s something everyone should keep in mind, but especially a guy who tweets about how his “fat” “bitch” co-worker’s work attire displays her cellulite.

Though Wahdan deleted his tweet about Curry’s daughter, he now seems unrepentant about his actions, tweeting multiple crying laughing emojis about the situation to his 737 followers and taking credit for possibly throwing Stephen Curry off his game the night of his tweet, which the Warriors lost by 30 points.