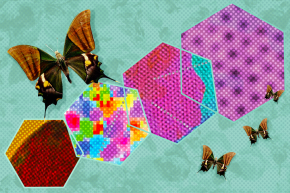 It's because of tiny crystals 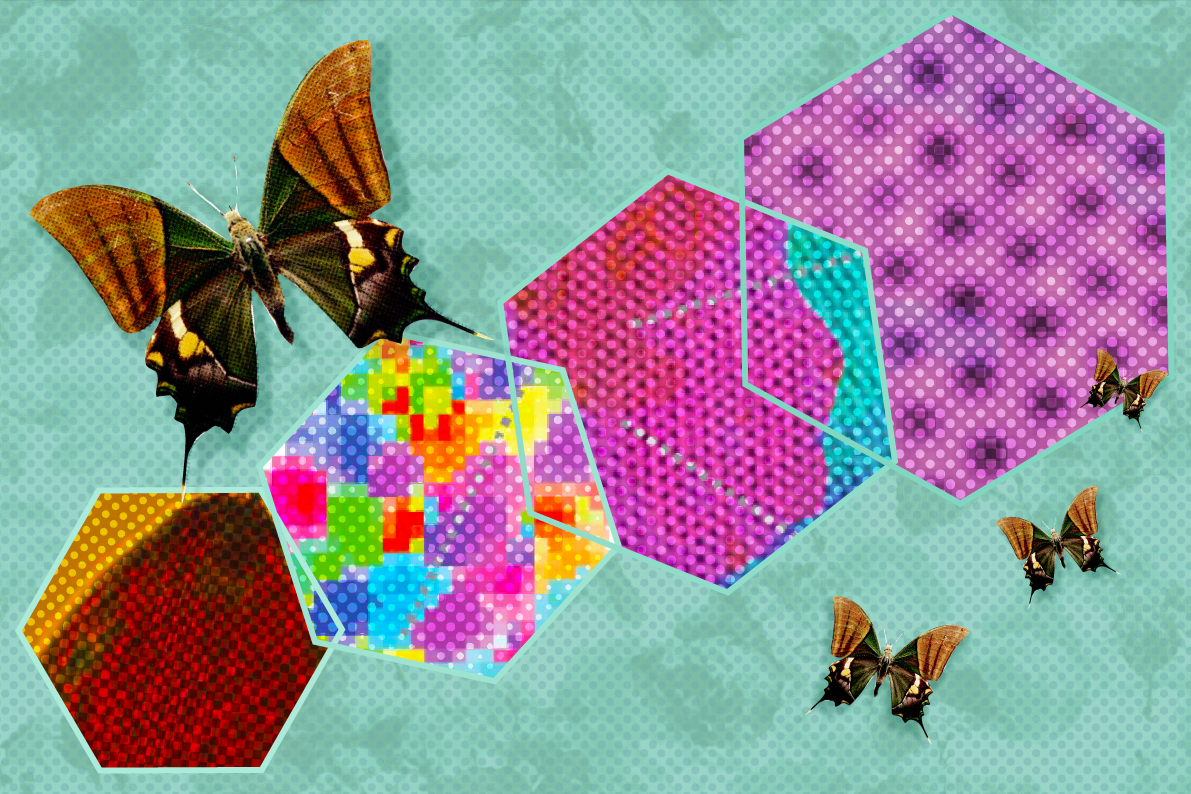 From the time you were in grade school, you probably learned that butterfly wings are among the most colorful structures in the animal kingdom. The insects use them to camouflage with their surroundings, to attract mates and to ward off predators.

The physics behind those colors, however, have proven more elusive. Scientists have long known that photonics crystals, nanostructures that reflect only light of a specific wavelength, in butterfly wings give them their unique patterns and hues. But just how they were assembled in the wings—the distribution of crystal size, their orientation, if any were defective—was still a mystery. Though scientists had used imaging techniques like electron microscopes to analyze butterfly wings, they couldn’t quite see the structure, in part because the wings were too thin to get a good picture of the three-dimensional crystals.

That inspired a team led by physicists from University of California, San Diego to peer inside the wings. They did so using an optical technique called X-ray diffraction, according to a study published Friday in the journal Science Advances. High-frequency X-rays are shot through a pinhole just five nanometers wide. That concentrated light is then shot through the sample and onto a detector. This technique, unlike others used in the past, can give researchers a high-resolution image of the crystal structures inside a sample.

When they used this technique on the wing of an Emperor of India butterfly, which has wings of iridescent green, amber and black, they saw that segments of the wings were oriented in different directions, creating a patchwork-like series of scales. The crystals themselves, however, were very regular and highly oriented, meaning that they all were all in more or less the same position. “This explains why the scales appear to have a single color,” Andrej Singer, a physics postdoc and lead author of the paper, said in a press release.

The wings were also riddled with irregularities in the crystals. Counter-intuitively, that might have provided an advantage, since the imperfections enhance the wings’ light-scattering properties, making them look more iridescent.

These findings suggest that the crystals grow in layers starting from the cell membrane, the researchers write. Since their imaging technique is not destructive, they suggest that it could be performed even on live butterflies to get a larger and more diverse sample of species. With more knowledge of how these crystals form, researchers could some day grow them artificially in the lab. That would be particularly useful since these crystals are currently used in optical lenses and may someday make their way into computers, but current techniques are not yet efficient enough for the crystals to be widespread.