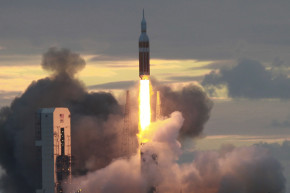 The rocket is set to take off at 1:59 p.m. ET carrying a satellite designed, built, and operated by the National Reconnaissance Office 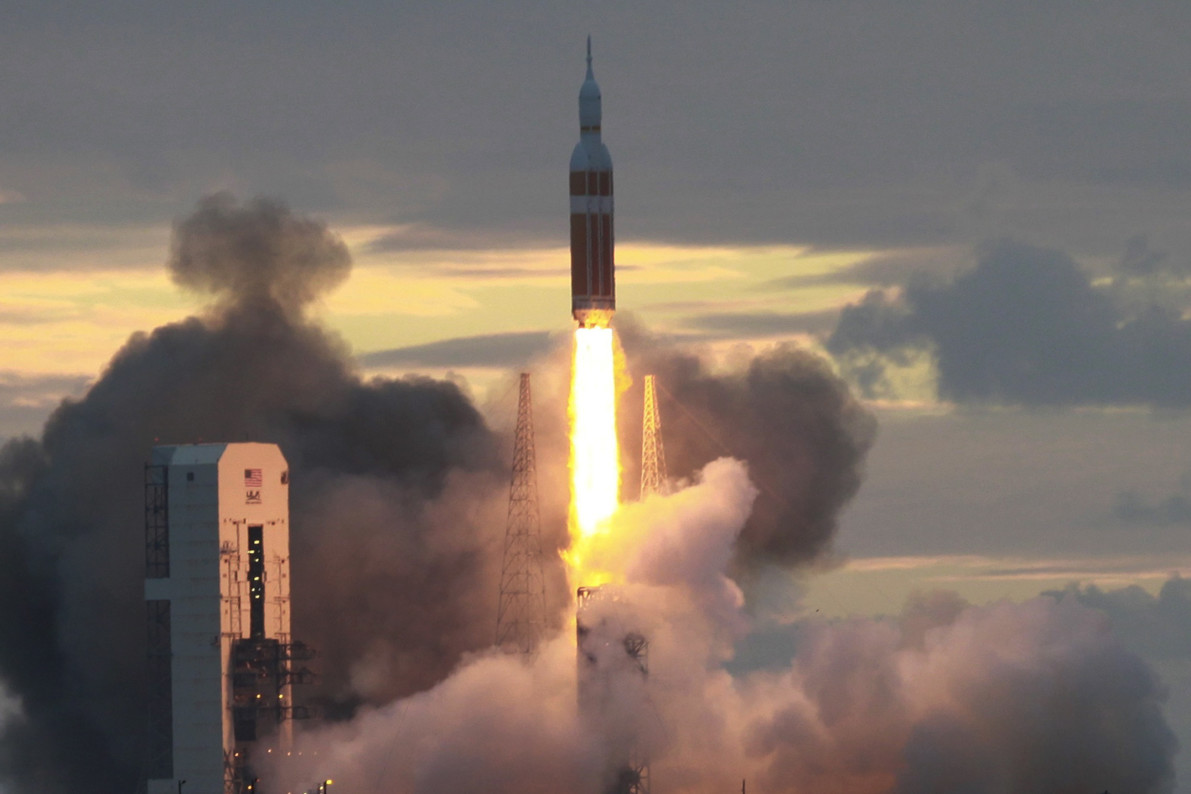 A massive rocket that some have described as the world’s largest and most powerful is gearing up to launch a U.S. government spy satellite from Cape Canaveral in Florida on Thursday.

The rocket is set to take off at 1:59 p.m. ET carrying a satellite designed, built, and operated by the National Reconnaissance Office, a U.S. intelligence agency, according to reports. The mission, called NROL-37, aims to propel the approximately 15,000-pound “large eavesdropping satellite” more than 22,000 miles above the equator, according to Florida Today, a daily newspaper.

The satellite will be used “in support of national defense,” according to a statement from United Launch Alliance, the company behind the Delta IV Heavy launch rocket that will be carrying the satellite. While the NRO offered scant details about the satellite in a series of tweets about Thursday’s mission, Spaceflight Now, a website covering space-related news, quoted a former National Reconnaissance Office director as stating it will “unfurl a gigantic antenna to overhear enemy communications and aid U.S. intelligence.”

More A “Rocket Eye” View Of The Latest SpaceX Landing

Amateur spacecraft observers said the satellite is likely one used for intel that’s called a Mentor or Advanced Orion, Florida Today reported. Previous satellites were launched from Cape Canaveral in 1995, 1998, 2003, 2009, 2010, and 2012, according to Spaceflight Now, which means this could be the seventh mission to use this kind of satellite.

Spaceflight Now also quoted unnamed observers as suggesting the diameter of the satellite’s antenna is “the size of a football field,” or about the same width as the International Space Station. Toronto-based observer Ted Molczan said the satellites are bright enough to be seen from the ground, but said he couldn’t tell what they looked like in detail.

The rocket due to launch the satellite is 236-feet tall, has three core boosters, and can generate over two million pounds of thrust behind it. The NRO has used it five times previously.

The NRO is a U.S. intelligence agency that uses surveillance satellites to collect imagery, signals, and other data, which it provides to other government agencies, according to the Federation of American Scientists. Its duties include “monitoring the proliferation of weapons of mass destruction” and “tracking international terrorists, drug traffickers, and criminal organizations,” according to the agency’s website. The NRO was secretly created in September 1961 to oversee “all satellite and overflight reconnaissance projects whether overt or covert,” and was later declassified, it says on its website.

The agency’s mission NROL-37 had been delayed for five days due to an “unspecified payload issue,” Florida Today reported. It could face further problems on Thursday, as the chance of acceptable launch weather conditions was only 40 percent. If the mission is postponed again, reports said it will be moved to Saturday.

If you want to watch the launch, a live broadcast on the United Launch Alliance’s website is scheduled to start streaming 20 minutes before expected liftoff.