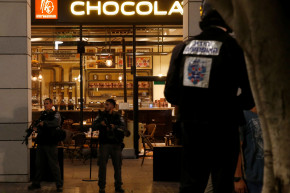 Celebrations Of Tel Aviv Terrorist Attack Break Out In Palestine 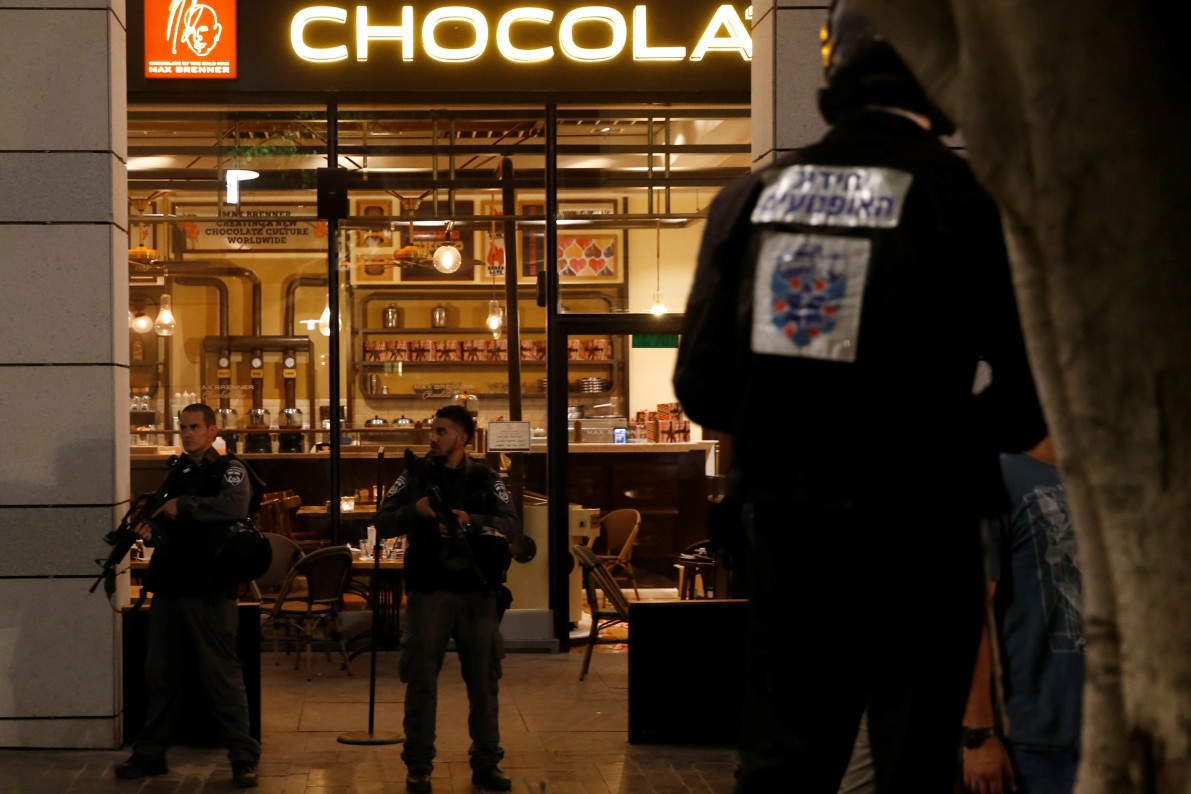 Israeli policemen secure the entrance to a restaurant in Tel Aviv. — REUTERS
By Ethan Harfenist and Adi Cohen
Jun 08, 2016 at 8:26 PM ET

Four people are dead and six others are wounded after two Palestinian gunmen opened fire at an outdoor food and shopping center in Tel Aviv on Wednesday, according to multiple reports. In response, some Palestinian social media users are celebrating the attacks with Ramadan-related hashtags and memes.

The New York Times reported that the shooters were identified by police as cousins from Yatta, a town south of Hebron in the Israeli-occupied West Bank. The shootings marked the deadliest terrorist attacks in Tel Aviv since a spate of violence bubbled up in October around several cities in Israel.

“Today’s heinous attack sadly proves that when the international community refuses to condemn terror against Israelis, the next attack is only a matter of time,” said Danny Danon, the Israeli ambassador to the United Nations, in a statement, as quoted by CNN. “Terror in Tel Aviv must be treated the same as terror in Paris or Istanbul.”

Some aired their condolences to victims on social media by posting messages with a familiar #JeSuisTelAviv hashtag—a reference to the popular slogan that popped up in the wake of last November’s attacks in Paris. Others, however, showed support for the gunmen by posting pictures on platforms such as Instagram and Twitter carrying the hashtags عملية_رمضان#, which translates to #operation_Ramadan, and افتارناعليكم#, which means #yourIftar_onus. A Vocativ analysis found that the #operation_Ramadan has been used roughly five thousand times already on Twitter alone.

Translation: “Have a delicious Iftar [the meal eaten by Muslims after sunset during Ramadan].”

Translation: Image is of a bullet wrapped in a crepe, known as Katayif. Hashtag #OperationRamadan

Translation: “Your Iftar on us.” #OperationRamadan

Translation: News of the Ramadan operation is sweeter than the sound of the call to prayer.

June 5 marked the start of Ramadan, the holiest month on the Muslim calendar. While the holiday is observed in peace by the vast majority of the world’s 1.6 billion Muslims, some terrorist groups and their sympathizers have used the month as an excuse to carry out brutal attacks.