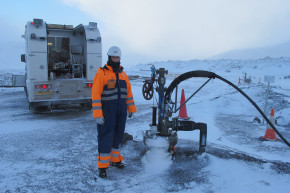 Scientists can now snatch carbon out of the atmosphere and lock it in volcanic rock, new study shows 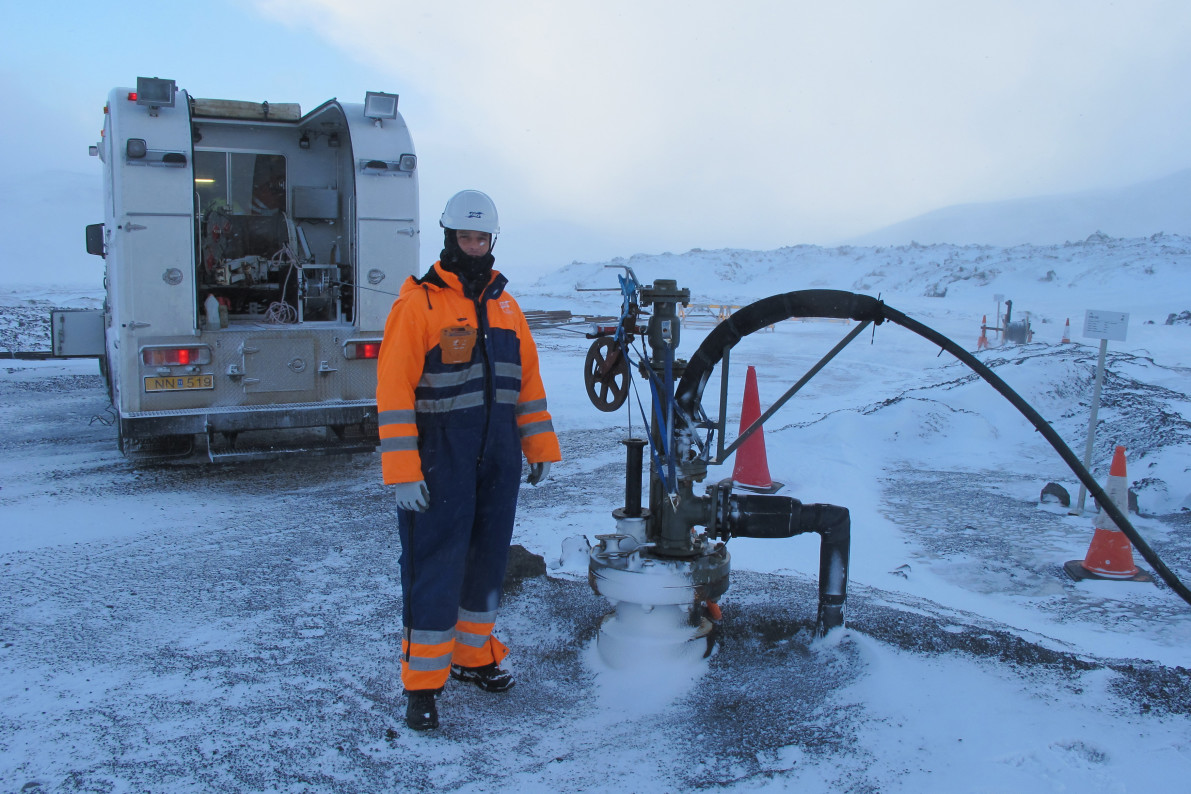 One solution to climate change that you don’t hear very often: snatch the carbon out of the atmosphere and turn it into stone. But according to a new study in the journal Science that’s more or less possible, now that researchers have discovered a way to pump carbon dioxide into the earth and convert it into volcanic bedrock in a matter of months. The findings suggest that it may be possible to capture and store carbon underground without fear of it leaking back into the atmosphere—and that such an endeavor would take years, rather than centuries.

“This means that we can pump down large amounts of CO2 and store it in a very safe way over a very short period of time,” said coauthor Martin Stute of Columbia University in New York, in a press statement. “In the future, we could think of using this for power plants in places where there’s a lot of basalt—and there are many such places.” And Stute isn’t exaggerating. Basalt is everywhere, and it comprises basically the entire seafloor plus 10 percent of land-based rocks.

“We need to deal with rising carbon emissions,” adds coauthor Juerg Matter of the University of Southampton. “This is the ultimate permanent storage—turn them back to stone.”

Everyone has their own ideas for how to combat global warming—from carbon taxes to taking public transportation to work. But the climate scientists at the Intergovernmental Panel on Climate Change have been saying since at least 2014 that the best way to ensure a long-term solution to our planets’ apocalyptic problem is carbon capture and sequestration. The chemistry behind the process is simple, although implementing it has proven challenging. In theory, we can pump carbon out of the atmosphere and trap it down here, either by sealing it into abandoned oil reservoirs or engineering chemical reactions that fuse carbon with stone.

But that’s harder than it sounds. Abandoned underground reservoirs tend to leak carbon, and preliminary experiments that have pumped carbon into sandstone have raised legitimate concerns that even a slight miscalculation could cause the same leakage problem or, worse, that the process of injecting carbon beneath the surface could create man-made earthquakes.

Basalt, or volcanic rock, is a far safer option. It’s one of the most common types of rock on Earth, and it naturally mineralizes carbon into its own rocky structure, where it remains stable for millions of years. Problem solved. Except—scientists have long assumed that this mineralization process, while super effective, would take thousands of years.

But in this new study, scientists have demonstrated that we can capture carbon in volcanic rock in as little as two years. The study began in 2012, when researchers decided to try capturing carbon in the volcanic rock beneath the Hellisheidi power plant, the largest geothermal facility in the world, and another nearby plant. Together, the two plants provide energy to Reykjavik, Iceland’s capital. While geothermal plants, a clean source of energy, use hot water to move turbines and create power the process does release volcanic gases, including CO2. Coauthor Edda S. Aradottir of Reykjavik Energy was optimistic—she initially estimated the carbon could mineralize in as few as 12 years. “People said there was very little truth to that—they thought it couldn’t happen that fast,” she says. “Then, it happened much faster.”

In their pilot project, called Carbfix, the researchers piped 250 tons of carbon dioxide mixed with water through basaltic lava about half a mile below the surface. In nature, when basalt is exposed to carbon dioxide and water the carbon solidifies into a white, chalky mineral. The researchers then monitored the chemical process happening below the surface, using a series of wells and formation’s chemistry through a series of wells and isotopic tracers. Two years later, they discovered that 95 percent of the carbon had mineralized into solid rock.

And that solid rock is incredibly stable, chemically speaking. Carbon dioxide leakage is effectively impossible, the authors say, because the final product of the chemical reaction is a carbonate mineral that takes millions of years to degrade naturally. Meanwhile, the authors note that scaling up should be relatively easy. First of all, carbon separation and injection tends to cost about $130 per ton, while this method costs barely $30 per ton. But more importantly, this technique relies on little more than water and volcanic rock—two readily available resources. In fact, the authors suggest that even the ocean itself could be used, because salt water appears to work just as well as fresh water for these reactions, and the seafloor is littered with basalt.

“Basalt is one of the most common rock type on Earth, potentially providing one of the largest CO2 storage capacity,” Matter says. “Carbonate minerals do not leak out of the ground, thus our newly developed method results in permanent and environmentally friendly storage of CO2 emissions.”