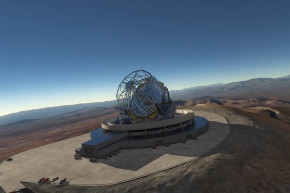 The Telescope So Big It Has ‘Extremely Large’ In Its Name

The world’s largest optical telescope is being built in Chile’s Atacama Desert–and images of what it will look like were recently released. It’s name: the European Extremely Large Telescope (E-ELT). It will produce images 15 times sharper than the Hubble Telescope.

Scientists plan on using the the telescope to search for planets orbiting other stars. Their hope is to find another Earth-like planet. The E-ELT is being built by the European Southern Observatory, a 16-nation research group and will be completed in 2024.