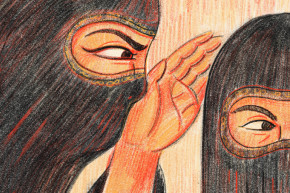 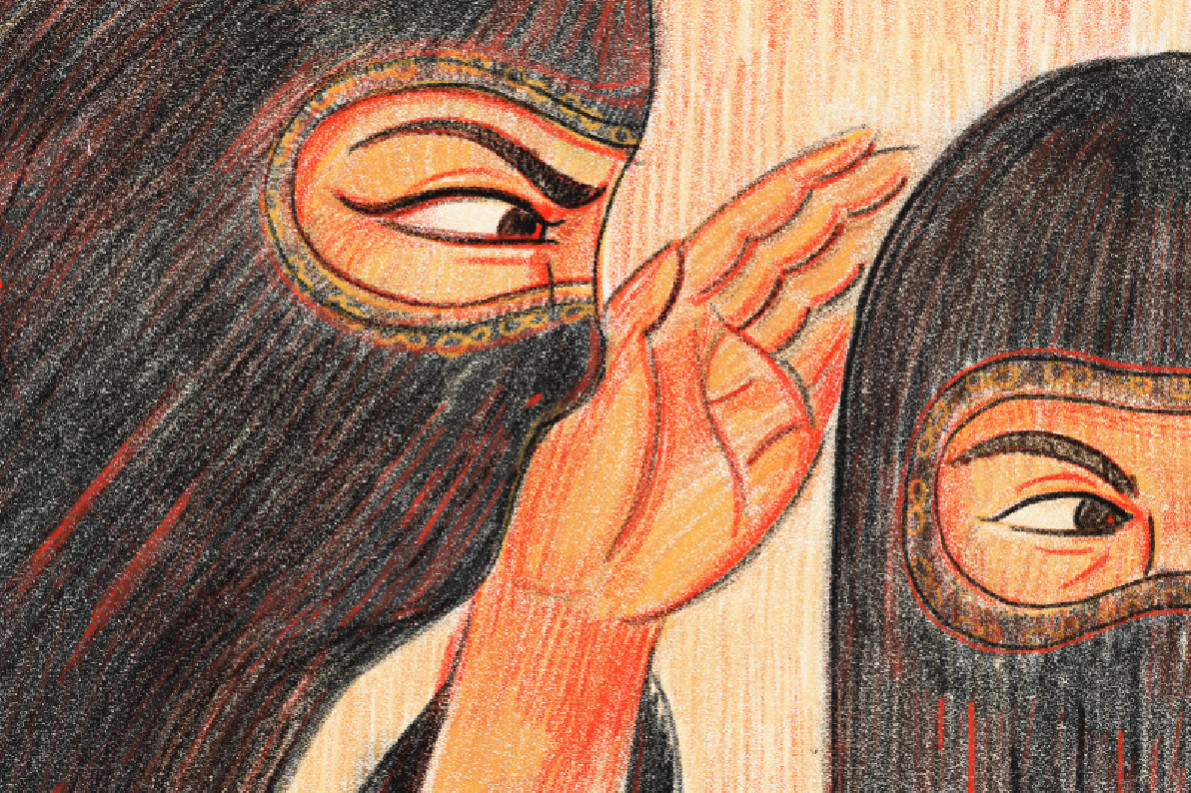 Picture a member of ISIS, and you’ll likely imagine a young man. And that’s not wrong—the Islamic State’s rank are predominantly male. But a new study suggests that women, although fewer in number than men, actually tie the terrorist organization together, especially online.

“That does not necessarily mean that they occupy decisive positions, but may operate as the glue that holds the network together,” Stefan Wuchty, one of the study’s authors, told Vocativ.

The study, published in the journal ScienceAdvances, looked at the networks of more than 41,000 people who followed a pro-ISIS group on the Russian social media site Vkontakte. The majority identified as men, but they found that women on average had a higher measure of what’s called “betweenness centrality,” or BC. Instead of reflecting how many Facebook friends or Twitter followers a person has, BC looks at how much a person connects people who occupy different online worlds. Wuchty explains it like so: Someone with 100 Facebook friends has the lowest possible measure of BC if all of their friends know each other; they have the highest measure if none of them do.

The researchers also found that the longevity of pro-ISIS groups (which are sometimes shut down on social media by outside forces ranging from law enforcement to the hacktivist group Anonymous), tends to increase with the fraction of members who are female.

These findings, according to the study, suggest that “women can on average play a more central role in passing items such as recruitment messages, files, prayers, video and audio propaganda, brokering distant parts of the network (e.g. aligning narratives) and channeling funds.”

The researchers also looked at historical data on the offline role of women in the Provisional Irish Republican Army, a paramilitary group that fought for Northern Ireland’s independence from the United Kingdom. The researchers found a similar phenomenon as with ISIS’ online activities. “Though men dominated numerically in each case, we find that women emerge with superior network connectivity at the collective level that is associated with benefits for system robustness and survival,” they wrote.

This is in total contrast with the usual thinking about women’s roles in terrorist or extremist organizations. “Although examples of famous and historically important female terrorists exist, there is still a common tendency to assume that women in general will play more minor subservient roles than men in terrorist groups that personify highly dangerous and aggressive environments,” the researchers wrote. “Indeed current discourse tends to assume that female ISIS recruits are ‘lured’ whilst males are ‘recruited.'”

Ultimately, these findings might present a new way to target groups like ISIS. “Our findings suggest that female-centric approaches can be adopted for impacting or re-engineering extreme networks,” the authors write, “even when women are in a minority, but focusing on women’s interconnectivity.”