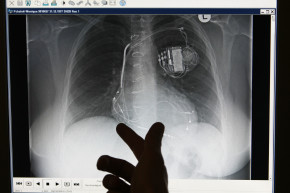 Could Anti-Theft Technology Kill Cardiac Patients?
By Joshua A. Krisch 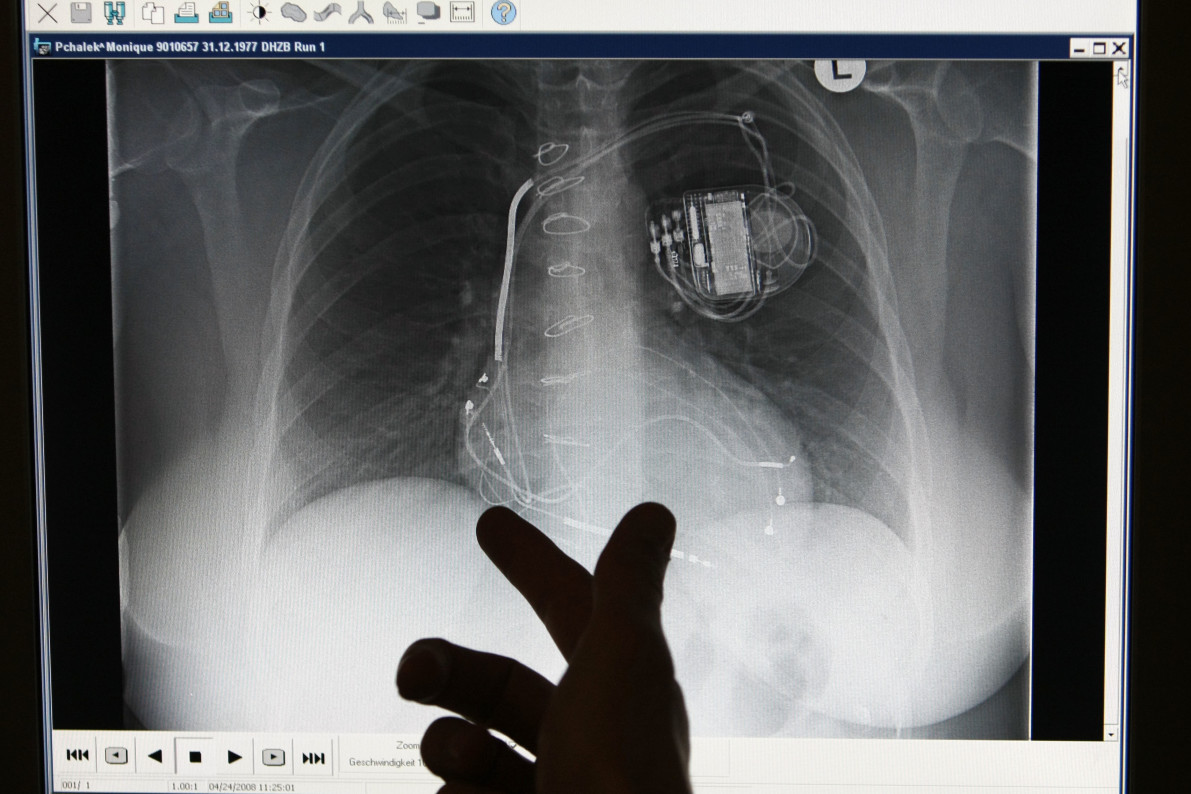 Anti-shop lifting systems in retail outlets can be pretty annoying. But according to a new study presented at the European Society of Cardiology, they can also be deadly. Several prior studies have found that they can interfere with cardiac pacemakers, and the FDA currently recommends that patients who have these devices avoid lingering near electronic anti-theft systems. Manufacturers have recently begun hiding these systems under floors, in walls and beneath furniture, however—and physicians are sounding an alarm.

“We tell patients ‘don’t linger, don’t lean’ but that advice is hard to follow when systems are invisible,” coauthor Rod Gimbel of Case Western Reserve University in Ohio said in a press statement. “Some shops have placed camouflaged pedestals next to a chair or in a checkout line, so patients may be next to them for some time, and sofas are put on top of under floor systems, encouraging patients to sit for long periods.”

As early as the mid-1980s, the FDA was already receiving reports of odd interactions between cardiac devices and electronic article surveillance systems. The problems appeared to revolve around pedestals—those archways near store exits that set off an alarm when you try to steal something—but metal detectors and other anti-theft systems were also implicated. “In the past 10 years, FDA has received 44 adverse event reports,” according to a 1998 report. “We believe that EAS systems or metal detectors can potentially interact with other electronic medical devices as well.”

The FDA report went on to detail a few of the adverse reactions. After they had spent too much time around anti-theft devices, a handful of patients noticed shifts in the pacing rates of their cardiac devices. Some experienced chest pain; others actually lost consciousness. One patient with an implantable defibrillator, programmed to deliver life-saving shocks, received a painful jolt after he leaned against an anti-theft system—another received a shock after passing through a metal detector. In 17 cases, spinal cord stimulators designed to deliver mild electric currents to patients’ spines overstimulated, and began shocking them willy-nilly as they passed by electronic surveillance systems. These rogue shocks knocked one unstable patient off his feet.

At the time, FDA gave pretty much the only recommendation that made sense. “Do not stay near the EAS system or metal detector longer than is necessary and do not lean against the system,” the report says. But simply avoiding these checkpoints isn’t as easy as it once was. Retailers now hide their systems to reduce tampering and make items more aesthetically pleasing. One website that advertises these systems promotes them as, “offering more discreet protection for upscale retail environments.”

To figure out how serious the problem could be, researchers tested pacemakers outside of the human body to see how they would react to hidden electronic security systems under pedestals, within door frames and beneath floorboards. For the study, they placed the pacemakers in a saline solution that mimicked the human body, and then placed them at angles and heights that mimicked a person leaning or sitting near one of the electronic article surveillance systems.

They found that all hidden security systems except for wall frames were quite capable of interfering with the pacemakers—although the floor systems were only a problem if the pacemaker was placed very close to the floor. That may seem like an unlikely scenario, until you consider the fact that small children who crawl on the floor occasionally have pacemakers, too. “Significant interactions occurred with nearly all the pacemakers…[when they were] parallel to the EAS system loop,” said coauthor Robert Stevenson of Greatbatch Medical in Santa Clarita, California. “A toddler with a pacemaker crawling over a subfloor system is of particular concern.”

Stevenson cautions that the findings do not suggest that it’s time to abandon anti-theft systems, but he strongly suggests that retailers ensure that all such systems are on clear display. “Electronic anti-theft systems are a part of everyday life, with more than 800,000 pedestals alone installed worldwide,” he says. “Patients are safe if they walk at a constant pace through the system. EAS gates that are obscured with advertising or goods for sale, or hidden in the floor with couches or chairs adjacent, are a serious concern and EAS manufacturers have a responsibility to ensure that retailers install them in such a way that they are visible and well marked.”