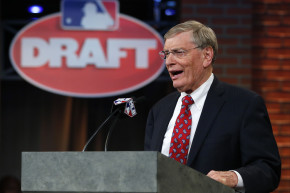 How Technology Made Baseball’s Draft Relevant
By Joe Lemire

How Technology Made Baseball’s Draft Relevant 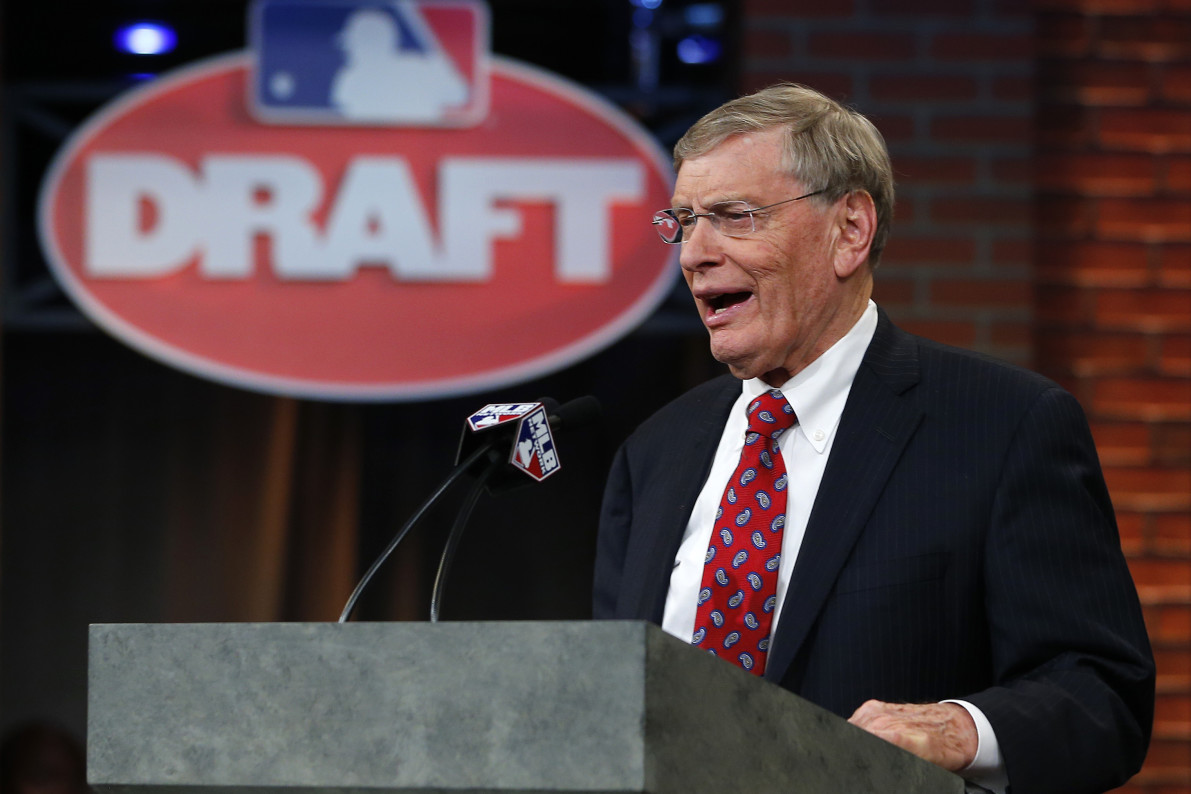 Baseball’s draft roster has long been a bastion of anonymity, owing to the limited exposure of amateurs, the less-immediate impact of selections, and the event’s exorbitant length. Though since curtailed to 40 rounds—still a lot, don’t kid yourself—the 1996 draft had 100 rounds. Only the New York Yankees actually made that many picks, No. 1,740 overall being their last, with other teams having long since stopped bothering. (East Oklahoma State junior college third baseman Aron Amundson is your Trivial Pursuit answer; he didn’t sign with the Yankees, played some independent ball, and later became the Minnesota Twins’ bullpen catcher.)

For most of its history, the draft was held by conference call, and not until 1998 did Major League Baseball even publicly release the full results the day after the draft ended. When future All-Star reliever Dan Plesac was taken with the 42nd pick in 1980, he found out by a Mailgram, which is quite literally a mail/telegram hybrid delivered to his door. The note did not originate from the team owner, president, general manager, or even scouting director—but, rather, from the minor league scouting department’s administrative assistant.

As Baseball America’s J.J. Cooper noted, only the draft picks in the first two rounds were even told the round number they were selected in. (Plesac, by the way, did not sign then, went to N.C. State, and became a first-round pick three years later.) When the Milwaukee Brewers took B.J. Surhoff No. 1 overall in 1985, he was not bombarded with phone calls or invited to go on a press tour. He recalled doing only one interview on draft day, when the local ABC affiliate visited him in his parents’ home in Westchester.

Not until 2002 was the draft accessible to fans, when a pair of Baseball America writers co-hosted an MLB.com radio broadcast of the conference call. Scintillating stuff, really. Television entered the foray in 2007, when ESPN2 presented four hours of coverage—on a weekday afternoon—although three players were on set to shake hands with commissioner Bud Selig after their selections. MLB Network changed the proceedings after its launch before the 2009 season; it now broadcasts the first round in primetime.

That first year was a little awkward, however, as only super-prospect Stephen Strasburg had any national resonance. His pick was cheered by the TV audience, but silence followed the next few selections, leading to some prompting from production assistants. When the No. 7 pick, Mike Minor, received raucous applause, Selig, who didn’t know about the audience instructions, joked, “He must be good, he brought his own cheering section.”

Technology hasn’t just changed the experience for fans following along and players waiting to be notified. Prospect information is much more widely disseminated. With no internet or email and minimal mobile phone use, everything was done by phone. As MLB.com prospect writer Jim Callis recently said, Baseball America used to ask scouts to call into a 1-800 number to give reports on players. Now, mention a name, and most of the time there’s video instantly available online. While MLB.com, ESPN, and BA write up many highly regarded prospects, Perfect Game has write-ups of 500 players and basic profile info on many more who have attended its showcases.

This year’s draft starts Thursday night, again on MLB Network, and there are bountiful mock drafts online as analysts try guessing at what might happen—a change from years past when everyone had to guess at what did happen.