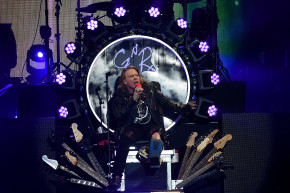 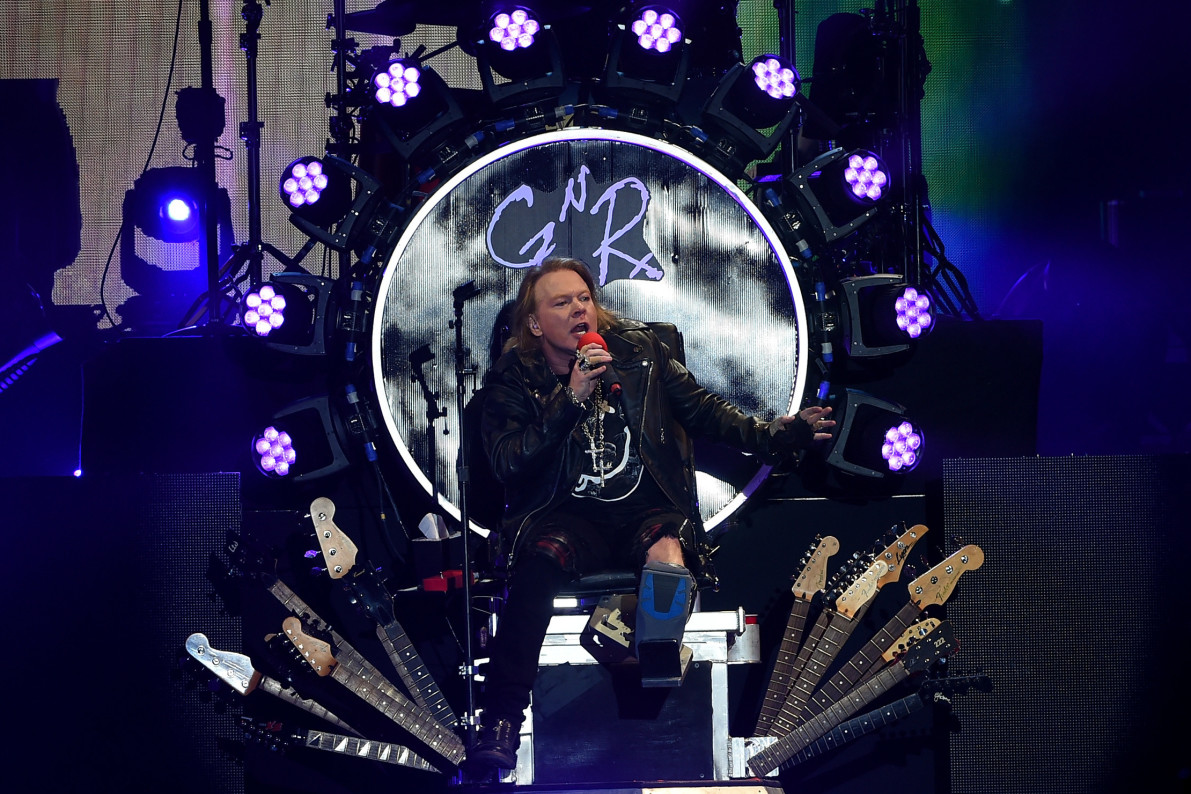 Axl Rose knows about all those Fat Axl memes you’ve been posting, and he doesn’t like them one bit. That’s why he hit Google with six DCMA takedown requests in a quixotic attempt to wipe the original photos from the internet.

The pictures were originally shot in Canada in 2010 by a photographer named Boris Minkevich for a story that appeared in the Winnipeg Free Press, and show a more portly Axl Rose than you may remember from his Guns N’ Roses glory days. People have taken the pictures and turned them into memes, as one does, with plays on Guns N’ Roses lyrics like “Oh oh oh sweet pie of mine.”

Rose is arguing that because accredited photographers at his shows sign copyright waivers, the rights to the photos belong to the Guns N’ Roses singer, and people are distributing the images without his permission. Only thing is, Minkevich can’t remember whether or not he signed anything at all. Sent by a firm called Web Sheriff or Axl’s behalf, the DMCA takedown notice reads:

Copyright image of Axl Rose. Please be advised that no permission has been granted to publish the copyright image so we cannot direct you to an authorized example of it.

TorrentFreak obtained all of the notices Rose sent and points out that Google has not responded to any of Rose’s requests. Hopefully that means there’s a good chance the photos and their associated memes will be able to live on in internet infamy.

For now, Rose’s ordeal is the latest example of the Streisand Effect, or the idea that trying to censor something on the internet can end up drawing more attention to it. The Streisand Effect is named for Barbara Streisand, who in 2003 sued the California Coastal Records Project in an effort to have photos of her Malibu home removed from the internet. As her fight went on, pictures of her cliffside mansion proliferated, and now when you Google “Streisand Effect,” pics of her crib are the first thing that come up. Beyoncé went through something similar in 2013, when she tried to have unflattering photos from her Super Bowl performance censored. She was unsuccessful, and the photos have been used as memes ever since. In the case of Axl Rose, you may have forgotten about the meme entirely, if it weren’t for the news of his takedown attempts. They may or may not work in his favor, but no matter what happens, they stand as proof that the Streisand Effect is very real, and it’s not going away anytime soon. No matter how many takedown notices celebrities issue.