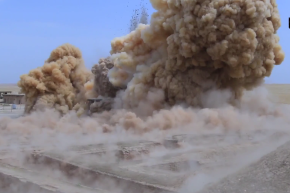 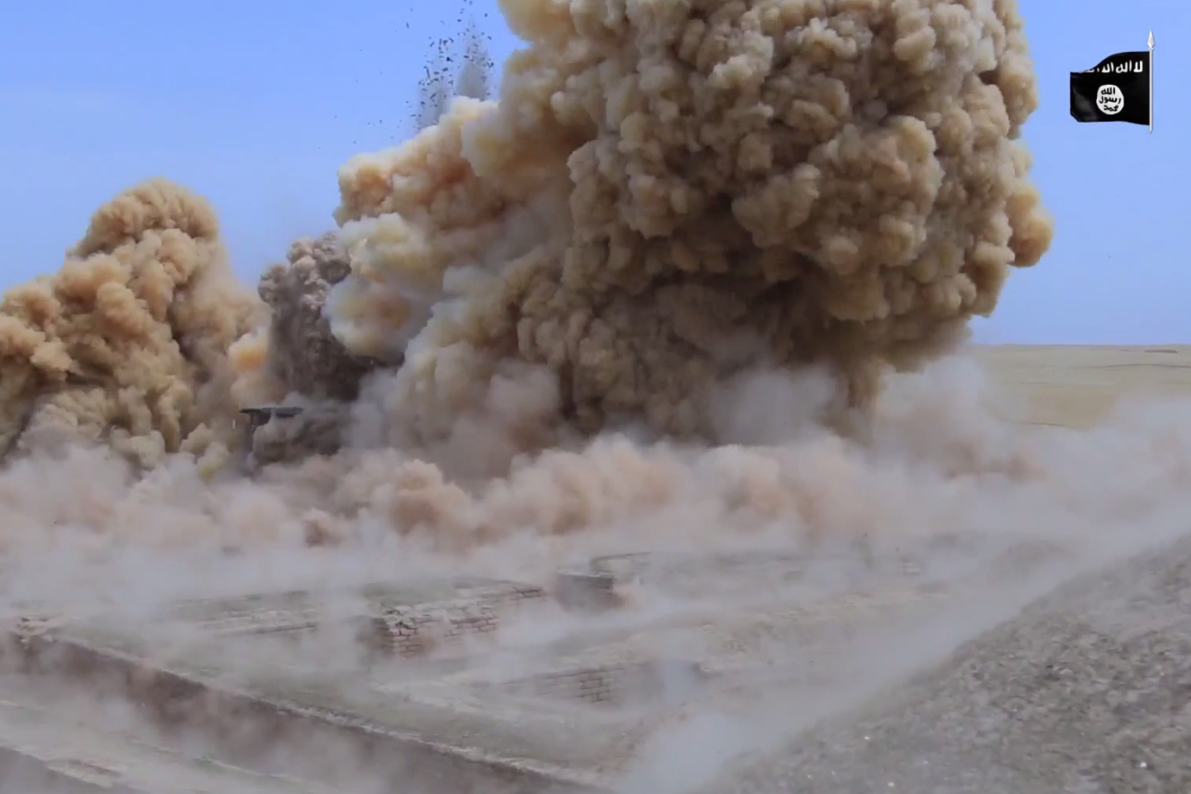 A screenshot from the clip allegedly showing the temple's destruction.
By Gilad Shiloach
Jun 07, 2016 at 8:01 AM ET

In the video, which Vocativ uncovered on ISIS forums and social media, a militant declares the terror group is about to demolish the temple of Nabu, a structure more than 2,500 years old that was dedicated to the Babylonian god of wisdom. The next scene allegedly shows the temple, in the ancient Assyrian city of Nimrud, being blown up, and a massive explosion is heard. Clips seemingly taken in the aftermath of the blast appear to show the destroyed temple. It is unclear, however, when the assault took place.

The clip also claims to show destroyed ancient and iconic gates: the Adad and Mashki gates at the ancient site of Nineveh, near Mosul. Reports of their destruction surfaced in April, but this is the first time ISIS released video allegedly showing the gates being destroyed with a bulldozer.

A screenshot from the video ISIS released showing a sign on the temple's wall.

A final scene of the video shows the Great Pyramid of Giza—the largest pyramid in a famous archaeological site near Cairo—and features an ISIS militant vowing to blow the Egyptian pyramids up and “demolish them with the help of God.” He calls the breathtaking structures “ancient sites built by the infidels.”

The attacks are the latest assaults by the Islamic State on the region’s antiquities. ISIS militants have systematically attacked and looted cultural heritage across Syria and Iraq, including antiquities at the Mosul Museum and the 2,000-year-old Arch of Triumph in the Syrian city of Palmyra. The damage to ancient sites across Iraq and Syria is so extensive that experts at UNESCO admit they haven’t been able to track all of it.