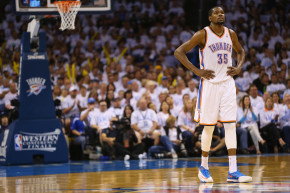 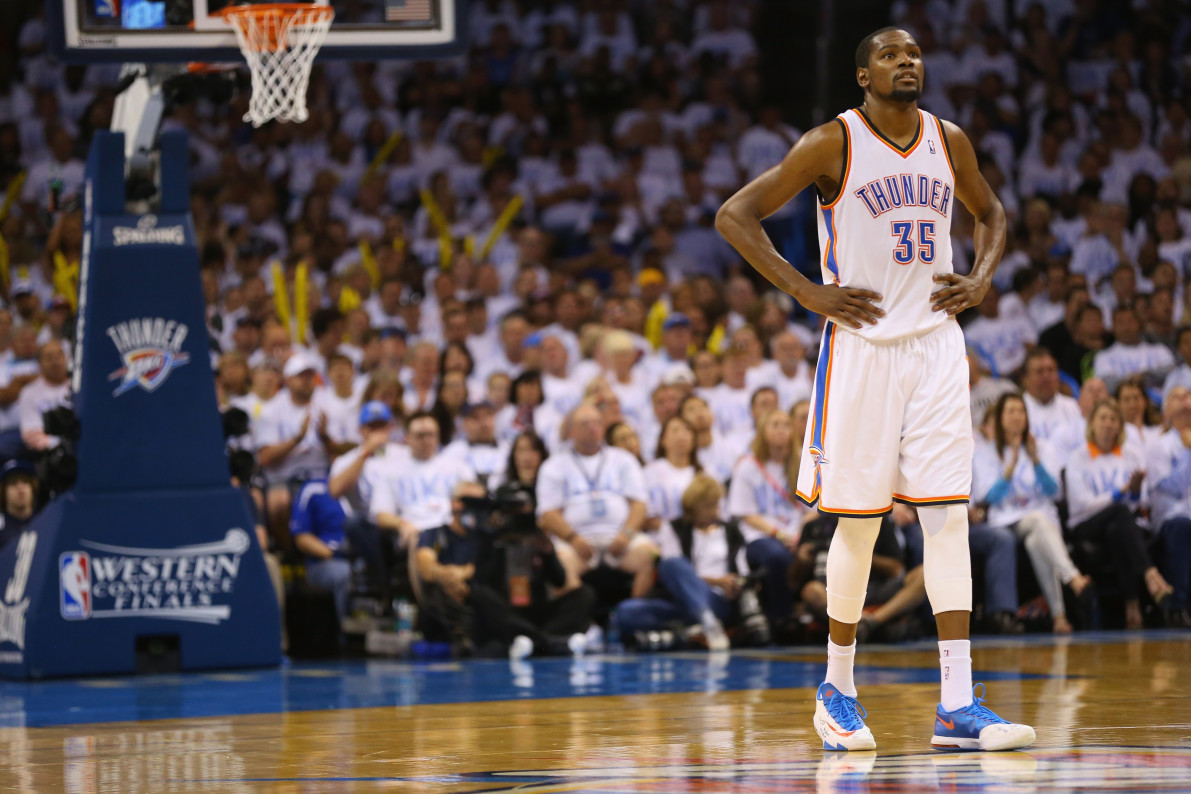 A few weeks ago, Oklahoma City Thunder star Kevin Durant was tooling around his adopted city in a snazzy silver Ferrari when he—like a regular working stiff—found himself stuck in grinding, bumper-to-bumper traffic.

So what did the brave protagonist of our story do? He spied an ambulance in his rear view mirror and quickly deduced that it might provide a path to freedom. “It was kinda slow in front of me, and I moved over and said, ‘I’m just gonna follow the ambulance so I can get through traffic a little quicker,” Durant explained, according to KFOR NewsChannel 4.

And so, while Durant backed up it created a sliver of space on the left side of the highway, allowing paramedics to rush to answer an emergence call. Fortunately, his noble actions did not go unrecognized. The Emergency Medical Services Authority gave him a freaking medal. And not just any old piece of hardware that the ambulance provider had lying around the office, they created a brand-spanking new award, the “Everyday Hero” medal.

Wait, what? The dude was trying to use an ambulance as a lead blocker and that’s somehow deemed an act of heroism? According to the press, yeah. TMZ dutifully scribbled it up, as did USA Today, the Huffington Post, People Magazine, and many more. Even though Durant repeatedly tried to wave away the notion that he did anything out of the ordinary, let alone heroic, this too was somehow shoehorned into the idea that a humble star was sheepishly refusing to take credit for his good deed.

Kevin Durant on paramedics waving to him from ambulance: "Don't you got a job to do?" pic.twitter.com/Fd69oooiah

Save for UPROXX and the New York Post, no news-gathering organizations seem to have bothered to raise an eyebrow or mention that a nice little post-playoffs awards ceremony might be exactly the kind of thing that a sentimental individual like Durant might keep in mind when deciding where to play next year.

Reddit, for its part, is having none of this bull. Yesterday, in a thread at /r/PoliticalVideo/ discussing a dashcam video of another fine driver straight up blocking an ambulance’s path, a Redditor by the name of soccerburn55 brought up the ridiculous tale that resulted in Durant being gifted a pretty ribbon and hunk of metal. One EMT driver even noted how dangerous this is, adding that he has personally witnessed three accidents caused by Durant’s brand of traffic dodging. “[I]f you drive in front of us in order to “lead the way”, I will make it my personal goal to dispatch police on your ass,” he wrote.

The thread begins to degenerate a bit as the conversation progresses over time—as is Reddit’s wont—with many coming to the conclusion that athletes, particularly wealthy, talented, and adored ones, can get away with every crime imaginable under the sun, as long as the power structure is willing to move heaven and earth to not only provide cover but reward the wrongdoers.

Oh, come on now. That kind of thing never happens in sports.